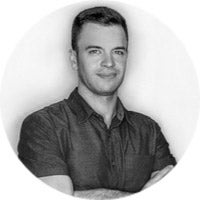 Bacon is a favorite breakfast food throughout the world.

That said, there’s a great deal of confusion surrounding its red or white meat status.

This is because some classify it as a red meat, whereas others consider it a white meat.

This article reviews whether bacon is a red meat.

When it comes to distinguishing between white and red meat, there’s one main factor taken into consideration: the myoglobin content.

Myoglobin is a protein responsible for holding oxygen in the muscle. It gives some meats their dark, reddish color ().

If a given meat has more myoglobin than a typical white meat, such as chicken (excluding the legs and thighs) and fish, it’s considered a red meat (2, 3).

The meat color also varies with age, with older animals having a slightly darker color (4).

Lastly, muscles that are used more reflect a darker color, such as chicken legs and thighs.

In terms of the nutritional or scientific classification of bacon, it’s indeed considered a red meat — as are all pork products (3).

This is due to its pink or reddish color, classification as “livestock,” and higher myoglobin content prior to cooking.

This is contrary to the late 1980’s marketing slogan that proclaimed pork as “the other white meat” to depict it as a lean meat alternative to chicken (5).

That said, the myoglobin content varies depending on the specific cut of meat.

Nutritionally and scientifically, bacon and all pork products are considered red meats due to their pink or reddish color before cooking.

When it comes to the culinary classification of pork products, they’re usually considered white meat due to their light color when cooked.

Bacon may be an exception, as many chefs consider it a red meat due to its reddish color when cooked.

Culinary definitions of red or white meat are not rooted in science, thus it may be a matter of opinion.

When defining red meat in the culinary setting, the color of the meat is used as opposed to the amount of myoglobin the meat contains.

In culinary terms, pork is generally considered a white meat due to its lighter color when cooked, though some may consider bacon a red meat.

In addition to being considered a red meat nutritionally and scientifically, bacon falls into the processed red meat category.

These are any meats preserved by smoking, curing, salting, or adding chemical preservatives (6).

High processed red meat intake has been associated with an increased risk of several chronic diseases, including heart disease, type 2 diabetes, and certain cancers, as well as a higher risk of all-cause mortality (6, ).

Overall, it’s best to exhibit moderation when it comes to consuming processed red meats, limiting consumption to twice per week or less.

Processed red meats like bacon have been shown to have negative health effects when overconsumed. It’s best to moderate your intake to no more than twice per week.

Myoglobin is the determining factor of the red or white status of meat.

Bacon falls within the processed red meat category, which has been associated with an increased risk of certain diseases when overconsumed. Therefore, moderation is key.

Overall, no matter whether you consider it a red or white meat, bacon is here to stay.