10 Ways to Improve Your Gut Bacteria, Based on Science

There are around 40 trillion bacteria in your body, most of which are in your intestines.

Collectively, they are known as your gut microbiota, and they are hugely important for your health. However, certain types of bacteria in your intestines can also contribute to many diseases.

Interestingly, the food that you eat greatly affects the types of bacteria that live inside you. Here are 10 science-based ways to improve your gut bacteria.

1. Eat a Diverse Range of Foods

There are hundreds of species of bacteria in your intestines. Each species plays a different role in your health and requires different nutrients for growth.

Generally speaking, a diverse microbiota is considered to be a healthy one. This is because the more species of bacteria you have, the greater number of health benefits they may be able to contribute to (, , , ).

A diet consisting of different food types can lead to a diverse microbiota (, , ).

Unfortunately, the Western diet is not very diverse and is rich in fat and sugar. In fact, it is estimated that 75% of the world's food is produced from only 12 plant and 5 animal species ().

However, diets in certain rural regions are more diverse and rich in different plant sources.

A few studies have shown that gut microbiota diversity is much greater in people from rural regions of Africa and South America than those from Europe or the US (, ).

Bottom Line: Eating a diverse diet rich in whole foods can lead to a diverse microbiota, which is beneficial for your health.

Fruits and vegetables are the best sources of nutrients for a healthy microbiota.

They are high in fiber, which can't be digested by your body. However, fiber can be digested by certain bacteria in your gut, which stimulates their growth.

Some high-fiber foods that are good for your gut bacteria include:

One study found that following a diet high in fruits and vegetables prevented the growth of some disease-causing bacteria ().

Apples, artichokes, blueberries, almonds and pistachios have all been shown to increase Bifidobacteria in humans (, , , ).

Bifidobacteria are considered beneficial bacteria, as they can help prevent intestinal inflammation and enhance gut health ().

Bottom Line: Many fruits and vegetables are high in fiber. Fiber promotes the growth of beneficial gut bacteria, including Bifidobacteria.

The process of fermenting usually involves bacteria or yeasts converting the sugars in food to organic acids or alcohol. Examples of fermented foods include:

Many of these foods are rich in lactobacilli, a type of bacteria that can benefit your health.

People who eat a lot of yogurt appear to have more lactobacilli in their intestines. These people also have fewer Enterobacteriaceae, a bacteria associated with inflammation and a number of chronic diseases ().

Similarly, a number of studies have shown that yogurt consumption can beneficially modify intestinal bacteria and improve symptoms of lactose intolerance in both infants and adults (, , ).

Two studies showed that yogurt also enhanced the function and composition of the microbiota ().

However, it is important to note that many yogurts, especially flavored yogurts, contain high levels of sugar.

Therefore, the best yogurt to consume is plain, natural yogurt. This kind of yogurt is made only of milk and bacteria mixtures, which are sometimes referred to as "starter cultures."

Furthermore, fermented soybean milk may promote the growth of beneficial bacteria, such as Bifidobacteria and lactobacilli, while decreasing quantities of some other disease-causing bacteria. Kimchi may also benefit the gut flora (, ).

Bottom Line: Fermented foods, particularly plain, natural yogurt, can benefit the microbiota by enhancing its function and reducing the abundance of disease-causing bacteria in the intestines.

4. Don't Eat Too Many Artificial Sweeteners

Artificial sweeteners are widely used as replacements for sugar. However, some studies have shown that they can negatively affect the gut microbiota.

One study in rats showed that aspartame, an artificial sweetener, reduced weight gain, but it also increased blood sugar and impaired insulin response ().

The rats fed aspartame also had higher Clostridium and Enterobacteriaceae in their intestines, both of which are associated with disease when present in very high numbers.

Another study found similar results in mice and humans. It showed changes in the microbiota made artificial sweeteners have negative effects on blood sugar levels ().

Bottom Line: Artificial sweeteners may negatively affect blood sugar levels due to their effects on the gut microbiota.

Prebiotics are foods that promote the growth of beneficial microbes in the gut.

They are mainly fiber or complex carbs that can't be digested by human cells. Instead, certain species of bacteria break them down and use them for fuel.

Many fruits, vegetables and whole grains contain prebiotics, but they can also be found on their own.

Resistant starch can also be prebiotic. This type of starch is not absorbed in the small intestine. Rather, it passes into the large intestine where it is broken down by the microbiota.

Many studies have shown that prebiotics can promote the growth of many healthy bacteria, including Bifidobacteria.

Many of these studies were conducted in healthy people, but some studies have shown that prebiotics can be beneficial for those with certain diseases.

For example, certain prebiotics can reduce insulin, triglycerides and cholesterol levels in people who are obese (, , , , , , ).

These results suggest that prebiotics may reduce the risk factors for many diseases associated with obesity, including heart disease and diabetes.

6. Breastfeed for at Least Six Months

A baby's microbiota begins to properly develop at birth. However, some recent studies suggest that babies may be exposed to some bacteria before birth ().

During the first two years of life, an infant's microbiota is continuously developing and rich in beneficial Bifidobacteria, which can digest the sugars in breast milk ().

Breastfeeding is also associated with lower rates of allergies, obesity and other diseases that may be due to differences in the gut microbiota ().

Bottom Line: Breastfeeding helps an infant develop a healthy microbiota, which may help protect against certain diseases in later life.

Whole grains contain lots of fiber and non-digestible carbs, such as beta-glucan.

These carbs are not absorbed in the small intestine and instead make their way to the large intestine.

In the large intestine, they are broken down by the microbiota and promote the growth of certain beneficial bacteria.

Whole grains can promote the growth of Bifidobacteria, lactobacilli and Bacteroidetes in humans (, , , , ).

Bottom Line: Whole grains contain non-digestible carbs that can promote the growth of beneficial bacteria within the gut microbiota. These changes to the gut flora may improve certain aspects of metabolic health.

A number of studies have shown that vegetarian diets may benefit the gut microbiota. This may be due to their higher fiber contents.

One small study found that a vegetarian diet led to reduced levels of disease-causing bacteria in obese people, as well as reduced weight, inflammation and cholesterol levels ().

Another study found that a vegetarian diet significantly decreased disease-causing bacteria, such as E. coli ().

However, it is unclear if the benefits of a vegetarian diet on the gut microbiota are simply due to a lack of meat intake. Also, vegetarians tend to lead healthier lifestyles than omnivores.

Bottom Line: Vegetarian and vegan diets may improve the microbiota. However, it is unclear if the positive effects associated with these diets can be attributed to a lack of meat intake.

Polyphenols are plant compounds that have many health benefits, including reductions in blood pressure, inflammation, cholesterol levels and oxidative stress ().

Polyphenols can't always be digested by human cells. Given that they aren't absorbed efficiently, most make their way to the colon, where they can be digested by gut bacteria (, ).

Good sources of polyphenols include:

Furthermore, these changes in the microbiota are associated with lower levels of triglycerides and C-reactive protein, a marker of inflammation ().

The polyphenols in red wine have similar effects ().

Bottom Line: Polyphenols can't be digested efficiently by human cells, but they are efficiently broken down by the gut microbiota. They may improve health outcomes related to heart disease and inflammation.

Probiotics don't permanently colonize the intestines in most cases. However, they may benefit your health by changing the overall composition of the microbiota and supporting your metabolism ().

A review of 63 studies found mixed evidence regarding the efficacy of probiotics in altering the microbiota. However, their strongest effects appeared to be restoring the microbiota to a healthy state after being compromised ().

Some other studies have also shown that probiotics don't have a big effect on the overall balance of bacteria in the intestines of healthy people.

Nevertheless, some studies have shown that probiotics can improve how certain gut bacteria function, as well as the types of chemicals they produce ().

Bottom Line: Probiotics do not significantly alter the composition of the microbiota in healthy people. However, in sick people, they may improve microbiota function and help restore the microbiota to good health.

Your gut bacteria are extremely important for many aspects of health.

Many studies have now shown that a disrupted microbiota can lead to numerous chronic diseases.

The best way to maintain a healthy microbiota is to eat a range of fresh, whole foods, mainly from plant sources like fruits, veggies, legumes, beans and whole grains. 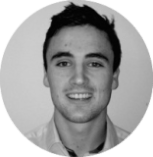