Grapefruit Warning: It Can Interact with Common Medications 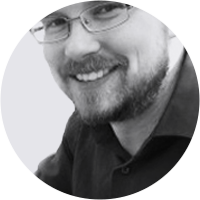 Grapefruit is a delicious citrus fruit with many health benefits. However, it can interact with some common medications, altering their effects on your body.

If you’re curious about the grapefruit warning on many medicines, this article will help you understand why it’s there and what your options are.

Here’s a closer look at 31 common drugs that may have dangerous interactions with grapefruit, as well as some alternatives.

Note: This article contains general information — not specific medical advice. Talk to your physician before changing your use of any medication.

How does it interact with medications?

Medications are processed in your liver and small intestine by a specialized group of proteins called cytochrome P450 (CYPs).

CYPs break down medications, reducing the blood levels of many of them.

Grapefruit and a few of its close relatives, such as Seville oranges, tangelos, pomelos, and Minneolas, contain a class of chemicals called furanocoumarins.

Furanocoumarins disrupt the normal function of CYPs. In fact, studies show that they increase the blood levels of over 85 medications (1).

By slowing the way in which CYPs normally break down medications in your gut and liver, grapefruit can increase the side effects of these drugs (1).

There are three things to know to understand if and how you can safely consume grapefruit with these medications.

With that in mind, here is detailed information about 32 common medications that may interact with grapefruit, categorized by use.

Some cholesterol medications called statins are affected by grapefruit.

Statins work by limiting the natural production of cholesterol. This improves the profile of lipoproteins in the blood and decreases deaths from heart disease in patients at risk of it ().

Statins can cause rhabdomyolysis, or the breakdown of muscle tissue. This leads to muscle weakness, pain, and occasionally kidney damage ().

One study showed that drinking a glass of grapefruit juice with simvastatin or lovastatin increased blood levels of these statins by 260% ().

Alternatives: Pravastatin (Pravachol), rosuvastatin (Crestor), and fluvastatin (Lescol) do not interact with grapefruit (1).

Grapefruit can increase the side effects of some statin cholesterol medications, causing muscle damage.

Most types of blood pressure medicines are not affected by grapefruit.

However, the following four blood pressure medications should be used cautiously:

The first two medications in this list are known as calcium channel blockers. They work by changing the way your blood vessels use calcium, relaxing the vessels, and relieving blood pressure.

The last two medications in this list work by decreasing the activity of a hormone called angiotensin 2, which naturally increases blood pressure.

One study found blood levels of nifedipine increased dramatically when taken with about 2 cups (500 mL) of grapefruit juice, compared with no juice. This resulted in a rapid drop in blood pressure, which could be dangerous if unsupervised ().

Losartan is unusual in that grapefruit decreases its effects, potentially limiting its ability to control blood pressure ().

Eplerenone works similarly to losartan, but its levels increase when taken with grapefruit. Excessive eplerenone levels can cause too much potassium in the blood, which can interfere with heart rhythm (1).

These interactions can be particularly dangerous and include:

A study gave 11 men who were taking amiodarone a glass of grapefruit juice (about 300 mL). Drug levels increased by up to 84%, compared with those not drinking the juice ().

These two medications play a critical role in managing the health of patients with heart rhythm disorders. Grapefruit-related changes in levels of these drugs have occasionally caused dangerous heart rhythm changes ().

Although only a few heart rhythm medications interact with grapefruit, the side effects can be dangerous.

Collectively called antimicrobials, these anti-infection medications vary widely in their actions and breakdown in the body.

Although antimicrobials are one of the most diverse categories of medications, there are only a few medications with known important grapefruit interactions:

Erythromycin is used to treat several types of bacterial infections. A study comparing grapefruit juice with water in patients taking erythromycin showed that the juice increased the drug’s blood levels by 84% ().

Excess levels of this medication can disrupt heart rhythm ().

Grapefruit also increases levels of the HIV medications rilpivirine and maraviroc, in addition to primaquine-related antimalarial drugs. This may affect heart rhythm or function (1).

Because antimicrobials are generally taken for a limited time, perhaps it’s easiest to simply avoid grapefruit while taking these medications.

Some anti-infection medications should not be used with grapefruit, as they can lead to disrupted heart rhythm or function.

Most antidepressants and anti-anxiety drugs are safe to use with grapefruit.

However, several mood medications do interact with it, including:

Drugs like quetiapine and lurasidone are used to treat mood and behavioral disorders. Increased levels of these drugs can cause heart rhythm changes or sleepiness (1).

Furthermore, diazepam, midazolam, and triazolam are sedatives that are sometimes used for panic attacks or other forms of anxiety.

One study compared some of these drugs in nine patients, some of whom consumed grapefruit. It showed that grapefruit can increase these drugs’ effects, resulting in excessive drowsiness ().

Eating grapefruit while taking the mood-related medications above can result in heart rhythm changes, excessive sleepiness, and other drug-specific effects.

Blood thinners are used to treat or prevent blood clots. Some of them are affected by grapefruit, including:

Clopidogrel depends on CYPs — the proteins that grapefruit limits — to work. Thus, it becomes less active when mixed with grapefruit.

A study of 7 patients taking clopidogrel with 200 mL of either grapefruit juice or water showed lower activation of the drug with the juice. However, its ability to treat blood clots was not affected ().

Contrarily, grapefruit increases the blood levels of other medications on this list, which can result in bleeding ().

Alternatives: Warfarin (Coumadin) is used for purposes similar to those of apixaban and rivaroxaban. While warfarin is sensitive to foods containing vitamin K, its activation is not affected by grapefruit ().

Several blood thinners are affected by grapefruit. This can lead to bleeding or less effective prevention of blood clots.

Fentanyl and oxycodone are narcotic pain relievers. Although their blood levels are only slightly affected by small amounts of grapefruit, it may change the length of time they remain in the body (, ).

Colchicine is an older medication used to treat gout. It’s processed by CYPs and could interact with grapefruit. Nevertheless, a 2012 study showed that drinking 240 mL of grapefruit juice only had a minimal effect on its levels ().

Alternatives: Morphine and Dilaudid are narcotic pain relievers that are not affected by grapefruit (1).

Some narcotic pain relievers persist longer in the blood when taken with grapefruit.

Erectile dysfunction medications like sildenafil and tadalafil work by relaxing blood vessels, which increases blood flow to an erection.

Because other blood vessels relax with these medications as well, increased blood levels of these drugs caused by grapefruit can decrease blood pressure ().

Moreover, prostate enlargement medications such as tamsulosin can also cause increased dizziness and low blood pressure when taken with grapefruit ().

Alternatives: Another class of prostate enlargement medications, which includes finasteride and dutasteride, is not significantly affected by grapefruit ().

Grapefruit should not be consumed with erectile dysfunction medications or certain prostate enlargement medications.

Should you give up grapefruit?

While this article lists 31 common medications that interact with grapefruit, it’s not a complete list.

Drugs.com offers a drug interaction checker that you can use to check your medications for interactions.

It’s important to remember that just one whole grapefruit or about one large glass of juice is enough to change the blood levels of many drugs. And some of these medications may have serious side effects when they interact with grapefruit.

If you are currently taking medications with grapefruit interactions, switch to an alternative drug or stop consuming grapefruit.

If in doubt, reach out to your doctor or pharmacist for personalized advice.

Even small amounts of grapefruit can interact with some medications and cause serious side effects.

Grapefruit interferes with proteins in the small intestine and liver that normally break down many medications.

Eating grapefruit or drinking grapefruit juice while taking these medications can lead to higher levels of them in your blood — and more side effects.

With some drugs, with even small amounts of grapefruit can cause severe side effects. Therefore, the combination should be avoided.

Your pharmacy may mark these drugs with a grapefruit interaction warning.

Make sure your doctor and pharmacist know if you regularly consume grapefruit. They can help you decide whether it’s safe to consume it while on certain medications.