Written by Arlene Semeco, MS, RD on February 28, 2018
If you buy something through a link on this page, we may earn a small commission. How this works.

Ginseng has been used in traditional Chinese medicine for centuries.

This slow-growing, short plant with fleshy roots can be classified three ways, depending on how long it is grown: fresh, white or red.

American and Asian ginseng vary in their concentration of active compounds and effects on the body. It is believed that American ginseng works as a relaxing agent, whereas the Asian variety has an invigorating effect (, ).

1. Potent Antioxidant That May Reduce Inflammation

Some test-tube studies have shown that ginseng extracts and ginsenoside compounds could inhibit inflammation and increase antioxidant capacity in cells (, ).

The results are promising in humans, as well.

The men then had levels of certain inflammatory markers tested after performing an exercise test. These levels were significantly lower than in the placebo group, lasting for up to 72 hours after testing ().

However, it should be noted that the placebo group got a different medicinal herb, so these results should be taken with a grain of salt and more studies are needed.

Lastly, a larger study followed 71 postmenopausal women who took 3 grams of red ginseng or a placebo daily for 12 weeks. Antioxidant activity and oxidative stress markers were then measured.

Summary Ginseng has been shown to help reduce inflammatory markers and help protect against oxidative stress.

Some test-tube and animal studies show that components in ginseng, like ginsenosides and compound K, could protect the brain against damage caused by free radicals (, , ).

One study followed 30 healthy people who consumed 200 mg of Panax ginseng daily for four weeks. At the end of the study, they showed improvement in mental health, social functioning and mood.

However, these benefits stopped being significant after 8 weeks, suggesting that ginseng effects might decrease with extended use ().

Another study examined how single doses of either 200 or 400 mg of Panax ginseng affected mental performance, mental fatigue and blood sugar levels in 30 healthy adults before and after a 10-minute mental test.

The 200-mg dose, as opposed to the 400-mg dose, was more effective at improving mental performance and fatigue during the test ().

It is possible that ginseng assisted the uptake of blood sugar by cells, which could have enhanced performance and reduced mental fatigue. Yet it is not clear why the lower dose was more effective than the higher one.

Summary Ginseng has been shown to benefit mental functions, feelings of calmness and mood in both healthy people and those with Alzheimer's disease.

Research has shown that ginseng may be a useful alternative for the treatment of erectile dysfunction (ED) in men (, ).

It seems that compounds in it may protect against oxidative stress in blood vessels and tissues in the penis and help restore normal function (, ).

Additionally, studies have shown that ginseng may promote the production of nitric oxide, a compound that improves muscle relaxation in the penis and increases blood circulation (, ).

One study found that men treated with Korean red ginseng had a 60% improvement in ED symptoms, compared to 30% improvement produced by a medication used to treat ED ().

Moreover, another study showed that 86 men with ED had significant improvements in erectile function and overall satisfaction after taking 1,000 mg of aged ginseng extract for 8 weeks ().

However, more studies are needed to draw definite conclusions about the effects of ginseng on ED ().

4. May Boost the Immune System

Ginseng may strengthen the immune system.

Some studies exploring its effects on the immune system have focused on cancer patients undergoing surgery or chemotherapy treatment.

One study followed 39 people who were recovering from surgery for stomach cancer, treating them with 5,400 mg of ginseng daily for two years.

Interestingly, these people had significant improvements in immune functions and a lower recurrence of symptoms (28).

After three months, those taking red ginseng extract had better immune system markers than those in the control or placebo group (29).

Furthermore, a study suggested that people who take ginseng could have up to a 35% higher chance of living disease-free for five years after curative surgery and up to a 38% higher survival rate compared to those not taking it (30).

It seems that ginseng extract could enhance the effect of vaccinations against diseases like influenza, as well ().

Even though these studies show improvements in immune system markers in people with cancer, more research is needed to demonstrate the efficacy of ginseng in boosting resistance to infections in healthy people ().

Summary Ginseng may strengthen the immune system in people with cancer and even enhance the effects of certain vaccinations.

5. May Have Potential Benefits Against Cancer

Ginseng may be helpful in reducing the risk of certain cancers ().

Ginsenosides in this herb have been shown to help reduce inflammation and provide antioxidant protection (, ).

The cell cycle is the process by which cells normally grow and divide. Ginsenosides could benefit this cycle by preventing abnormal cell production and growth (, ).

A review of several studies concluded that people who take ginseng may have a a 16% lower risk of developing cancer ().

Moreover, an observational study suggested that people taking ginseng could be less likely to develop certain types of cancer, such as lip, mouth, esophagus, stomach, colon, liver and lung cancer, than those who do not take it ().

Ginseng may also help improve the health of patients undergoing chemotherapy, reduce side effects and enhance the effect of some treatment drugs ().

While studies on the role of ginseng in cancer prevention show some benefits, they remain inconclusive ().

Summary Ginsenosides in ginseng seem to regulate inflammation, provide antioxidant protection and maintain the health of cells, which could help decrease the risk of certain kinds of cancer. Nevertheless, more research is needed.

Ginseng has been shown to help fight fatigue and promote energy.

Various animal studies have linked some components in ginseng, like polysaccharides and oligopeptides, with lower oxidative stress and higher energy production in cells, which could help fight fatigue (, , ).

One four-week study explored the effects of giving 1 or 2 grams of Panax ginseng or a placebo to 90 people with chronic fatigue.

Those given Panax ginseng experienced less physical and mental fatigue, as well as reductions in oxidative stress, than those taking the placebo ().

Another study gave 364 cancer survivors experiencing fatigue 2,000 mg of American ginseng or a placebo. After eight weeks, those in the ginseng group had significantly lower fatigue levels than those in the placebo group ().

Furthermore, a review of over 155 studies suggested that ginseng supplements may not only help reduce fatigue but also enhance physical activity ().

Ginseng seems to be beneficial in the control of blood glucose in people both with and without diabetes (, ).

American and Asian ginseng have been shown to improve pancreatic cell function, boost insulin production and enhance the uptake of blood sugar in tissues ().

Moreover, studies show that ginseng extracts help by providing antioxidant protection that reduce free radicals in the cells of those with diabetes ().

One study assessed the effects of 6 grams of Korean red ginseng, along with the usual anti-diabetic medication or diet, in 19 people with type 2 diabetes.

Interestingly, they were able to maintain good blood sugar control throughout the 12-week study. They also had an 11% decrease in blood sugar levels, a 38% decrease in fasting insulin and a 33% increase in insulin sensitivity ().

It seems that fermented red ginseng could be even more effective at blood sugar control. Fermented ginseng is produced with the help of live bacteria that transform the ginsenosides into a more easily absorbed and potent form ().

In fact, a study demonstrated that taking 2.7 grams of fermented red ginseng daily was effective at lowering blood sugar and increasing insulin levels after a test meal, compared to a placebo ().

Easy to Add to Your Diet

Ginseng root can be consumed in many ways. It can be eaten raw or you can lightly steam it to soften it.

It can also be stewed in water to make a tea. To do this, just add hot water to freshly sliced ginseng and let it steep for several minutes.

Ginseng can be added to various recipes like soups and stir-frys, too. And the extract can be found in powder, tablet, capsule and oil forms.

How much you should take depends on the condition you want to improve. Overall, daily doses of 1–2 grams of raw ginseng root or 200–400 mg of extract are suggested. It’s best to start with lower doses and increase over time.

Look for a standard ginseng extract that contains 2–3% total ginsenosides, and consume it before meals to increase absorption and get the full benefits.

Summary Ginseng can be eaten raw, made into tea or added to various dishes. It can also be consumed as a powder, capsule or oil.

Safety and Potential Side Effects

According to research, ginseng appears to be safe and should not produce any serious adverse effects.

However, people taking diabetes medications should monitor their blood sugar levels closely when using ginseng to ensure these levels do not go too low.

Additionally, ginseng may reduce the effectiveness of anticoagulant drugs.

For these reasons, talk to your doctor before supplementing with it.

Note that due to the lack of safety studies, ginseng is not recommended for children or women who are pregnant or breastfeeding.

Lastly, there is evidence suggesting that the extended use of ginseng could decrease its effectiveness in the body.

To maximize its benefits, you should take ginseng in 2–3-week cycles with a one or two week break in between ().

Ginseng is an herbal supplement that has been used for centuries in Chinese medicine.

It is commonly touted for its antioxidant and anti-inflammatory effects. It could also help regulate blood sugar levels and have benefits for some cancers.

Ginseng can be consumed raw or lightly steamed. It can also easily be added to your diet via its extract, capsule or powder form.

Whether you want to improve a certain condition or simply give your health a boost, ginseng is definitely worth a try. 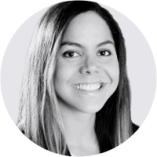