What Is Gelatin Good For? Benefits, Uses and More 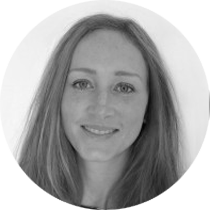 Gelatin is a protein product derived from collagen.

It has important health benefits due to its unique combination of amino acids.

Gelatin has been shown to play a role in joint health and brain function, and may improve the appearance of skin and hair.

Gelatin is a product made by cooking collagen. It is made almost entirely of protein, and its unique amino acid profile gives it many health benefits (, , ).

Collagen is the most plentiful protein found in humans and animals. It is found almost everywhere in the body, but is most abundant in the skin, bones, tendons and ligaments ().

It provides strength and structure for tissues. For example, collagen increases the flexibility of the skin and the strength of the tendons. However, it is difficult to eat collagen because it is generally found in unpalatable parts of animals ().

Luckily, collagen can be extracted from these parts by boiling them in water. People often do this when they're making soup stock to add flavor and nutrients.

The gelatin extracted during this process is flavorless and colorless. It dissolves in warm water, and takes on a jelly-like texture when it cools.

This has made it useful as a gelling agent in food production, in products such as Jell-O and gummy candy. It can also be consumed as bone broth or as a supplement (6).

Sometimes, gelatin is processed further to produce a substance called collagen hydrolysate, which contains the same amino acids as gelatin and has the same health benefits.

However, it dissolves in cool water and doesn't form a jelly. This means it may be more palatable as a supplement to some people.

Both gelatin and collagen hydrolysate are available as supplements in powder or granule form. Gelatin can also be purchased in sheet form.

Nevertheless, it is not suitable for vegans because it is made from animal parts.

Summary: Gelatin is made by cooking collagen. It is almost entirely protein and has many health benefits. It can be used in food production, eaten as bone broth or taken as a supplement.

It's Made Up Almost Entirely of Protein

Yet this is not an issue, because you are unlikely to eat gelatin as your sole source of protein. It's also easy to get tryptophan from other protein-rich foods.

Here are the most abundant amino acids in gelatin from mammals ():

The exact amino acid composition varies depending on the type of animal tissue used and the method of preparation.

Interestingly, gelatin is the richest food source of the amino acid glycine, which is particularly important for your health.

Studies have shown that, although your body can make it, you won't usually make enough to cover your needs. This means it's important to eat enough in your diet ().

The nutrient content of the remaining 1–2% varies, but consists of water and small amounts of vitamins and minerals like sodium, calcium, phosphorus and folate (9).

Yet, generally speaking, gelatin is not a rich source of vitamins and minerals. Rather, its health benefits are a result of its unique amino acid profile.

Summary: Gelatin is made of 98–99% protein. The remaining 1–2% is water and small amounts of vitamins and minerals. Gelatin is the richest food source of the amino acid glycine.

A lot of research has investigated the effectiveness of gelatin as a treatment for joint and bone problems, such as osteoarthritis.

Osteoarthritis is the most common form of arthritis. It happens when the cushioning cartilage between the joints breaks down, leading to pain and stiffness.

In one study, 80 people with osteoarthritis were given either a gelatin supplement or a placebo for 70 days. Those who took the gelatin reported a significant reduction in pain and joint stiffness ().

In another study, 97 athletes were given either a gelatin supplement or placebo for 24 weeks. Those who took gelatin experienced a significant reduction in joint pain, both at rest and during activity, compared to those given the placebo ().

A review of studies found that gelatin was superior to a placebo for treating pain. However, the review concluded that there was insufficient evidence to recommend that people use it to treat osteoarthritis ().

The only side effects reported with gelatin supplements are an unpleasant taste, and feelings of fullness. At the same time, there is some evidence for their positive effects on joint and bone problems (, ).

For these reasons, it may be worth giving gelatin supplements a try if you're experiencing these issues.

Summary: There is some evidence for the use of gelatin for joint and bone problems. Because the side effects are minimal, it is certainly worth considering as a supplement.

Gelatin May Improve the Appearance of Skin and Hair

Studies carried out on gelatin supplements show positive results for improving the appearance of skin and hair.

One study had women eat about 10 grams of pork or fish collagen (remember that collagen is the main component of gelatin).

In the second part of the same study, 106 women were asked to eat 10 grams of fish collagen or a placebo daily for 84 days.

The study found that the collagen density of participants' skin increased significantly in the group given fish collagen, compared to the placebo group (15).

One study gave either a gelatin supplement or a placebo for 50 weeks to 24 people with alopecia, a type of hair loss.

Another study reported similar findings. Participants were given 14 grams of gelatin per day, then experienced an average increase in individual hair thickness of about 11% (17).

Summary: Evidence shows that gelatin can increase moisture and collagen density of the skin. It may also increase the thickness of hair.

It May Improve Brain Function and Mental Health

Gelatin is very rich in glycine, which has been linked to brain function.

Taking glycine has also been linked to an improvement in some mental health disorders, such as schizophrenia.

Although it is not entirely clear what causes schizophrenia, researchers believe amino acid imbalances may play a role.

Glycine is one of the amino acids that has been studied in people with schizophrenia, and glycine supplements have been shown to reduce some symptoms (18).

It has also been found to reduce the symptoms of obsessive-compulsive disorder (OCD) and body dysmorphic disorder (BDD) ().

Summary: Glycine, an amino acid in gelatin, can improve memory and attention. It has also been found to reduce the symptoms of some mental health conditions, such as schizophrenia and OCD.

Gelatin May Help You Lose Weight

Gelatin is practically fat- and carb-free, depending on how it's made, so it's quite low in calories.

Studies show it may even help you lose weight.

In one study, 22 people were each given 20 grams of gelatin. As a result, they experienced a rise in the hormones known to reduce appetite, and reported that the gelatin helped them feel full ().

Many studies have found that a high-protein diet can help you to feel fuller. However, the type of protein you eat appears to play an important role (, ).

One study gave 23 healthy people either gelatin or casein, a protein found in milk, as the only protein in their diet for 36 hours. The researchers found that gelatin reduced hunger 44% more than casein ().

Summary: Gelatin may help with weight loss. It is low in calories and has been shown to help reduce appetite and increase feelings of fullness.

Other Benefits of Gelatin

Research shows there may be other health benefits associated with eating gelatin.

It May Help You Sleep

The amino acid glycine, which is abundant in gelatin, has been shown in several studies to help improve sleep.

In two high-quality studies, participants took 3 grams of glycine before bed. They had significantly improved sleep quality, had an easier time falling asleep and were less tired the following day (24, 25).

It Could Help With Type 2 Diabetes

The ability of gelatin to assist with weight loss could be beneficial for those with type 2 diabetes, where obesity is one of the major risk factors.

On top of this, research has found that taking gelatin may also help people with type 2 diabetes control their blood sugar.

In one study, 74 people with type 2 diabetes were given either 5 grams of glycine or a placebo every day for three months.

The group given glycine had significantly lower HbA1C readings after three months, as well as reduced inflammation. HbA1C is a measure of a person's average blood sugar levels over time, so lower readings mean better blood sugar control ().

It May Improve Gut Health

Gelatin may also play a role in gut health.

In studies on rats, gelatin was shown to help protect the gut wall from damage, although how it does this isn't fully understood ().

One of the amino acids in gelatin, called glutamic acid, is converted to glutamine in the body. Glutamine has been shown to improve the integrity of the gut wall and help prevent "leaky gut" ().

A "leaky gut" is when the gut wall becomes too permeable, allowing bacteria and other potentially harmful substances to pass from the gut into the bloodstream, a process that shouldn't happen normally ().

This is thought to contribute to common gut conditions, such as irritable bowel syndrome (IBS).

It Could Reduce Liver Damage

Many studies have investigated glycine's protective effect on the liver.

Glycine, which is the most abundant amino acid in gelatin, has been shown to help rats with alcohol-related liver damage. In one study, animals given glycine had a reduction in liver damage ().

It May Slow Cancer Growth

Early studies on animals and human cells indicate that gelatin may slow the growth of certain cancers.

In a study on human cancer cells in test tubes, gelatin from pig skin reduced growth in cells from stomach cancer, colon cancer and leukemia ().

Another study found that gelatin from pig skin prolonged the life of mice with cancerous tumors ().

Moreover, a study in living mice found that tumor size was 50–75% less in animals that had been fed a high-glycine diet ().

That being said, this needs to be researched a lot more before any recommendations can be made.

How to Make Your Own Gelatin

You can buy gelatin in most stores, or prepare it at home from animal parts.

You can use parts from any animal, but popular sources are beef, pork, lamb, chicken and fish.

If you want to try making it yourself, here's how:

This is very similar to how bone broth is made, which is also a fantastic source of gelatin.

The gelatin will keep for a week in the fridge, or a year in the freezer. Use it stirred into gravies and sauces, or add it to desserts.

If you don't have time to make your own, then it can also be bought in sheet, granule or powder form. Pre-prepared gelatin can be stirred into hot food or liquids, such as stews, broths or gravies.

It is also possible to fortify cold foods or drinks with it, including smoothies and yogurts. You may prefer to use collagen hydrolysate for this, since it has the same health benefits as gelatin without the jelly-like texture.

Summary: Gelatin can be homemade or bought pre-prepared. It can be stirred into gravies, sauces or smoothies.

Gelatin is rich in protein, and has a unique amino acid profile that gives it many potential health benefits.

There is evidence that gelatin may reduce joint and bone pain, increase brain function and help reduce the signs of skin aging.

Because gelatin is colorless and flavorless, it's super easy to include in your diet.

You can make gelatin at home by following a simple recipe, or you can buy it pre-prepared to add to your everyday food and drinks.