Fact Checking ‘The Game Changers’: Are Its Claims True?

If you’re interested in nutrition, you’ve probably watched or at least heard of “The Game Changers,” a documentary film on Netflix about the benefits of plant-based diets for athletes.

Although parts of the film are credible, it has been criticized for cherry-picking data to suit its agenda, making broad generalizations from small or weak studies, and being one-sided toward veganism.

This review digs into the science that “The Game Changers” only skims and offers an evidence-based, objective look at the claims made in the film.

Recap of the film

“The Game Changers” is a pro-vegan documentary that follows the journey of several elite vegan athletes as they train, prepare for, and compete in major events.

The film takes a hardline stance on veganism and meat consumption, even claiming that lean meats like chicken and fish are bad for your heart and can lead to poorer health outcomes.

It also offers a wide-ranging, surface-level look at some major areas of research regarding the potential advantages of the vegan diet.

“The Game Changers,” a documentary that follows several elite vegan athletes, gives a broad overview of some of the alleged benefits of plant-based diets.

Strengths of the film

Although it’s come under heavy criticism, the film gets a few things right.

Well-planned vegan diets can provide just as much protein as diets that include animal products, along with all nine essential amino acids — the building blocks of protein that you must obtain through food.

Still, most plant proteins are incomplete, meaning that they don’t provide all of the essential amino acids at once. Thus, vegans should eat a variety of legumes, nuts, seeds, and whole grains to get enough of these acids ().

Properly planned vegan diets can also provide sufficient quantities of nutrients like vitamin B12 and iron, which can sometimes be difficult to obtain when you don’t eat animal products ().

To meet iron needs, vegans should eat plenty of lentils or leafy green vegetables. Nutritional yeast and supplements can also provide vitamin B12 (, 4).

Furthermore, vegan diets may protect against heart disease and some cancers compared with diets that include animal products (, 6).

Some of the assertions in “The Game Changers” ring true. Vegan diets appear to have heart health and anticancer benefits compared with omnivorous diets, and diligent planning can ensure you’re getting adequate protein and essential nutrients.

Limitations of the film

Despite some accuracies, “The Game Changers” has several important limitations that call into question its credibility.

Just a few minutes in, it’s clear that “The Game Changers” is pushing veganism.

Although the film cites a lot of research, it completely ignores studies on the benefits of animal products.

It also overstates the significance of small, observational studies.

The two alleged studies conducted during the film itself — measuring the cloudiness of professional football players’ blood and the nighttime erections of college football players after eating meat — were informal and unscientific.

What’s more, the film accuses the National Cattlemen’s Beef Association of funding biased, pro-meat research, although plant-based organizations like the Soy Nutrition Institute have also been involved with research with potential conflicts of interest ().

All or nothing approach

The film takes a hardline stance on people’s eating patterns, advocating for a strict vegan diet with no animal products.

“The Game Changers” not only vilifies red and processed meats but also claims that animal proteins like chicken, fish, and eggs are equally bad for your health.

While vegan diets can be healthy and beneficial, a large body of evidence supports the health benefits of vegetarian diets, which don’t restrict all animal products, as well as omnivorous diets (, ).

Dismissal of the challenges of vegan diets

Finally, the film’s focus on elite athletes presents some issues.

Throughout “The Game Changers,” vegan diets are made to seem easy and convenient.

However, the athletes profiled in the movie have access to significant financial support, along with teams of trainers, dietitians, physicians, and personal chefs to ensure that their diets are perfectly optimized.

Many vegans without access to these resources struggle to get enough protein, vitamin B12, and other nutrients ().

Additionally, following a vegan diet may limit your options when dining out. As such, you may need to take time to plan your meals or cook more at home.

“The Game Changers” has several notable drawbacks, including a strong pro-vegan bias and reliance on small, unscientific studies.

What does the research say?

“The Game Changers” makes numerous claims and references several studies. However, it doesn’t present both sides of the plant-based versus omnivorous debate. Here’s what the research says.

“The Game Changers” repeatedly discusses the beneficial effects of the vegan diet on cholesterol levels and heart health.

Indeed, vegan diets have long been linked to lower levels of total cholesterol ().

However, while the vegan diet is associated with lower total and LDL (bad) cholesterol, it’s also tied to lower HDL (good) cholesterol — and doesn’t appear to affect triglyceride levels ().

“The Game Changers” also asserts that plant-based diets are anti-inflammatory, especially when compared with omnivorous diets — going so far as to contend that meats widely considered healthy, such as chicken and fish, are inflammatory.

This claim is flatly false. Many foods — both animal- and plant-based — can contribute to inflammation, such as added sugars, highly processed foods, and seed oils like vegetable and soybean oil (, ).

Likewise, several animal and plant foods are widely considered anti-inflammatory, such as olive oil, many fruits and vegetables, certain herbs and spices, and foods rich in omega-3 fats — including fatty fish like salmon ().

Compared with a low fat omnivorous diet, a vegan eating pattern improves inflammatory markers. However, heavily animal-based diets, such as the paleo diet, are likewise associated with decreased inflammation (, 16).

Plant-based and omnivorous diets alike can be inflammatory or anti-inflammatory depending on the foods they’re comprised of, as well as other factors like total calorie content.

Long-term human studies indicate that vegan diets may decrease your risk of any type of cancer by 15%. This is in line with claims made in “The Game Changers” ().

However, the film wrongly suggests that red meat causes cancer.

Research often lumps red meat in with processed meats like bacon, sausage, and deli meats — which are linked to an increased risk of certain cancers, such as breast and colon cancer (, ).

Yet, when studies investigate red meat alone, the association with these cancers disappears (, ).

While a vegan diet may decrease your risk of certain cancers, cancer development is a multifaceted issue that requires further study. Overall, unprocessed red meat does not appear to increase your cancer risk.

The film also states that humans don’t have teeth or digestive tracts suitable for eating meat, and that all people have historically eaten a primarily plant-based diet.

In reality, humans have long hunted animals and eaten their meat ().

For instance, the Maasai people of Tanzania and Kenya, who are hunter-gatherers, eat a diet that’s nearly exclusively animal-based and high in saturated fat ().

Conversely, the traditional Okinawa diet of Japan is primarily plant-based, high in starch from sweet potatoes, and low in meat ().

All the same, both populations have low levels of chronic illnesses like heart disease and type 2 diabetes, suggesting that humans can thrive on a wide range of dietary patterns (, ).

Additionally, humans can function in ketosis — a metabolic state in which your body burns fat instead of carbs — when carb-rich plant foods aren’t available. This fact indicates that the human body does not solely favor a vegan diet ().

Lastly, “The Game Changers” touts the superiority of the vegan diet for physical performance, particularly for athletes. Yet, it relies largely on testimonials from the athletes featured in the film rather than on a presentation of evidence.

This may be because there’s little evidence to support the notion that vegan diets are superior for physical performance.

Also, no evidence suggests that omnivorous diets are better than plant-based diets in this regard when calorie and nutrient content are equal.

As long as you optimize your hydration, electrolytes, and nutrient intake, plant-based and omnivorous diets appear to be on equal footing when it comes to exercise performance (, , ).

Although vegan diets may decrease your risk of certain types of cancer, most of the claims in “The Game Changers” are misleading or don’t stand up to scientific scrutiny.

Is the vegan diet right for everyone?

Despite “The Game Changers” enthusiastically endorsing the vegan diet, especially for athletes, it may not be right for everyone.

Several nutrients are difficult to get on a vegan diet, so you should structure your meals appropriately and take certain supplements. Nutrients of concern include:

A robust and structured vegan diet is a fine option for healthy adults. However, other populations may need to practice caution with the diet, especially children.

As they’re still growing, infants, children, and adolescents have increased needs for several nutrients that may be difficult to obtain on a vegan diet ().

In particular, infants shouldn’t be fed a vegan diet because of their needs for protein, fat, and a variety of nutrients like iron and vitamin B12. Although soy-based, vegetarian baby formulas are available in the United States, relatively few vegan formulas are.

While older children and adolescents can follow a vegan diet, it must be carefully planned to incorporate all appropriate nutrients ().

Older adults and those with chronic illnesses

As long as it’s balanced, a vegan diet is acceptable for older adults.

Some research indicates that sticking to a plant-based diet can help prevent age-related weight gain when compared with diets that include animal foods ().

Furthermore, evidence suggests that plant-based or vegetarian diets can be therapeutic for certain conditions, such as fibromyalgia. A low protein, plant-based diet may also be beneficial for people with chronic kidney disease (, ).

If you have any concerns about dietary needs for your age or health condition, consult your healthcare provider or a dietitian.

Vegan diets may require meticulous planning to prevent nutrient deficiencies, especially in children. In particular, you should be sure you’re getting enough protein, omega-3 fats, and vitamins B12, D, and K2, among other nutrients.

Despite claims from advocates on both sides of the fence — from adamant vegans to overzealous carnivores — numerous dietary patterns promote healthy eating.

Most healthy diets provide adequate amounts of protein, whether from animal or plant sources. They also contain healthy fats from meat or plants, such as avocado, coconut, and olive oils.

Healthy diets can be plant-based or include animal foods. They should provide adequate protein and healthy fats while restricting processed foods and added sugars.

“The Game Changers,” a pro-vegan documentary chronicling the efforts of several vegan athletes, is correct in some ways. However, the science is not quite as black and white as the film makes it appear, and some contentions in the film are simply not true.

While a vegan diet may provide several health benefits, the film tends to overstate these claims while ignoring research on other eating patterns.

Healthy diets, regardless of whether they include animal products, should emphasize whole, unprocessed foods alongside adequate amounts of protein and healthy fats while limiting added sugars.

“The Game Changers” may be thought-provoking, but veganism is far from the only healthy diet. 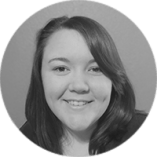