10 Foods High in FODMAPs (and what to eat instead)

Food is a common trigger of digestive issues. In particular, foods that are high in fermentable carbs can cause symptoms like gas, bloating and stomach pain.

A group of these carbs is known as FODMAPs, and foods can be classified as either high or low in these carbs.

This article discusses 10 common foods and ingredients that are high in FODMAPs.

What Does High-FODMAP Actually Mean?

FODMAP stands for Fermentable Oligo-, Di-, Mono-saccharides and Polyols. These are the scientific names for carbs that may cause digestive issues.

A food is categorized as high-FODMAP according to predefined cut-off levels ().

Published cut-off levels suggest that a high-FODMAP food contains more than one of the following carbs ():

It's also important to be aware that not everyone should avoid FODMAPs. In fact, FODMAPs are beneficial for most people.

To help decide whether restricting FODMAPs is right for you, read this article. Then, if you do decide to restrict them, make sure to look out for the following 10 foods.

Wheat is one of the single biggest contributors of FODMAPs in the Western diet ().

This is because wheat is consumed in large quantities — not because it is a concentrated source of FODMAPs.

In fact, compared to the other nine sources discussed in this article, wheat contains one of the lowest amounts of FODMAPs by weight.

For this reason, foods that contain wheat as a minor ingredient, such as thickeners and flavorings, are considered low-FODMAP.

The most common sources of wheat include bread, pasta, breakfast cereals, biscuits, and pastries.

Summary: Wheat is the main source of FODMAPs in the Western diet. However, it can be replaced with other, low-FODMAP whole grains.

Garlic is one of the most concentrated sources of FODMAPs.

Unfortunately, restricting garlic in your diet is notoriously difficult because it's added to many sauces, gravies and flavorings.

In processed food, garlic may be listed among the ingredients as flavoring or natural flavor. Therefore, you need to avoid these ingredients if you are following a strict low-FODMAP diet.

Fructans are the main type of FODMAP in garlic.

However, the quantity of fructans depends on whether the garlic is fresh or dried, as dried garlic contains about three times as many fructans as fresh garlic ().

Despite being high in FODMAPs, garlic is associated with many health benefits. This is why it should only be avoided in FODMAP-sensitive people.

Summary: Garlic is one of the most concentrated sources of FODMAPs. However, garlic has many health benefits and should only be restricted in FODMAP-sensitive people.

Onions are another concentrated source of fructans.

Similar to garlic, onion is commonly used to flavor a wide range of dishes, making it difficult to restrict.

While different varieties of onions contain different amounts of FODMAPs, all onions are considered high-FODMAP.

Suggested low-FODMAP swaps: Asafoetida is a pungent spice commonly used in Indian cooking. It should be cooked in hot oil first and added in small amounts. Other low-FODMAP flavors can be found here.

All fruits contain the FODMAP fructose.

But interestingly, not all fruits are considered high in FODMAPs. This is because some fruits contain less fructose than others.

Also, some fruits contain high amounts of glucose, which is a non-FODMAP sugar. This is important because glucose helps your body absorb fructose.

This is why fruits that are high in both fructose and glucose do not typically cause gut symptoms. It's also why only fruits with more fructose than glucose are considered high-FODMAP.

Nevertheless, even low-FODMAP fruits can cause gut symptoms if they're consumed in large quantities. This has to do with the total fructose load in your gut.

Therefore, sensitive people are encouraged to only eat one portion of fruit per sitting, or approximately 3 ounces (80 grams).

Please note that this is not an exhaustive list. Other lists can be found here.

Summary: All fruits contain the FODMAP fructose. However, some fruits have less fructose and can be enjoyed in single portions throughout the day.

Some vegetables are high in FODMAPs.

In fact, vegetables contain the most diverse range of FODMAPs. This includes fructans, galacto-oligosaccharides (GOS), fructose, mannitol and sorbitol.

It's important to remember that vegetables are part of a healthy diet, and there is no need to stop eating them. Instead, simply switch out high-FODMAP vegetables for low-FODMAP ones.

Summary: Vegetables contain a diverse range of FODMAPs. However, many vegetables are naturally low in FODMAPs.

Legumes and pulses are notorious for causing excess gas and bloating, which is partly attributed to their high FODMAP content.

The key FODMAP in legumes and pulses is called galacato-oligosaccharides (GOS) ().

The GOS content of legumes and pulses is affected by how they are prepared. For instance, canned lentils contain half the GOS that boiled lentils do.

This is because GOS is water-soluble, meaning some of it leaches out of the lentils and into the liquid.

Nonetheless, even canned legumes are a significant source of FODMAPs, though small portions (typically 1/4 cup per serving) can be included in a low-FODMAP diet.

Legumes and pulses are good sources of protein for vegetarians, but they are not the only choice. There are many other low-FODMAP, protein-rich options.

Low-FODMAP, vegetarian sources of protein include: Tofu, eggs and most nuts and seeds.

Summary: Legumes and pulses are notorious for causing excess gas and bloating. This is related to their high FODMAP content, which can be altered by how they are prepared.

Sweeteners can be a hidden source of FODMAPs, as adding sweeteners to a low-FODMAP food can increase its overall FODMAP content.

To avoid these hidden sources, check the ingredients list on packaged foods.

Alternatively, if you're in the UK, the King's College low-FODMAP app allows you to scan the barcodes on packaged foods to detect high-FODMAP foods.

Wheat is not the only grain high in FODMAPs. In fact, other grains like rye contain nearly twice the number of FODMAPs as wheat does ().

That being said, some types of rye bread, such as sourdough rye bread, can be low in FODMAPs.

This is because the process of making sourdough involves a fermentation step, during which some of its FODMAPs are broken down into digestible sugars.

This step has been shown to reduce its fructan content by more than 70% ().

This reinforces the notion that specific processing methods can alter the FODMAP content of food.

Summary: Wheat is not the only high-FODMAP grain. However, the FODMAP content of grains can be reduced through different processing methods.

Dairy products are the main source of the FODMAP lactose.

However, not all dairy foods contain lactose.

This includes many hard and matured kinds of cheese, as much of their lactose is lost during the cheesemaking process ().

But it's important to remember that some cheeses contain added flavorings, such as garlic and onion, that make them high FODMAP.

Summary: Dairy is the main source of the FODMAP lactose, but a surprising number of dairy foods are naturally low in lactose.

Beverages are another key source of FODMAPs.

Orange juice is one example. While oranges are low-FODMAP, many oranges are used to make one glass of orange juice, and their FODMAP content is additive.

Furthermore, some types of tea and alcohol are also high in FODMAPs.

Summary: Many beverages are high in FODMAPs, and this is not limited to beverages made from high-FODMAP ingredients.

Should Everyone Avoid FODMAPs?

Only a small subset of people should avoid FODMAPs.

In fact, FODMAPs are healthy for most people. Many FODMAPs function like prebiotics, meaning they promote the growth of healthy bacteria in your gut.

Nonetheless, a surprising number of people are sensitive to FODMAPs, particularly those who have IBS.

Moreover, scientific studies have shown that around 70% of people with IBS achieve adequate relief of their symptoms on a low-FODMAP diet ().

What's more, pooled data from 22 studies suggest that diet is most effective at managing abdominal pain and bloating in people with IBS ().

Summary: FODMAPs should only be restricted in a small subset of the population. For everyone else, FODMAPs should be readily included in the diet given their beneficial role in gut health.

Many commonly consumed foods are high in FODMAPs, but they should only be restricted by people who are sensitive to them.

For these people, high-FODMAP foods should be swapped for low-FODMAP foods from the same food group. This will help reduce the risk of nutritional deficiencies that can occur when following a restrictive diet. 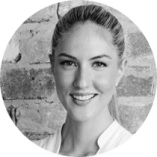