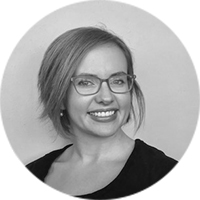 Epigallocatechin gallate (EGCG) is a unique plant compound that gets a lot of attention for its potential positive impact on health.

This article reviews EGCG, including its health benefits and possible side effects.

Formally known as epigallocatechin gallate, EGCG is a type of plant-based compound called catechin. Catechins may be further categorized into a larger group of plant compounds known as polyphenols ().

EGCG and other related catechins act as potent antioxidants that may protect against cellular damage caused by free radicals ().

Free radicals are highly reactive particles formed in your body that can damage your cells when their numbers get too high. Eating foods high in antioxidants like catechins may help limit free radical damage.

Additionally, research suggests that catechins like EGCG may reduce inflammation and prevent certain chronic conditions, including heart disease, diabetes, and some cancers (, ).

EGCG exists naturally in several plant-based foods but is also available as a dietary supplement usually sold in the form of an extract.

Summary EGCG is a type of plant compound called catechin. Research suggests that catechins like EGCG may play a role in protecting your cells from damage and preventing disease.

EGCG is probably best known for its role as the major active compound in green tea.

In fact, the numerous health benefits associated with drinking green tea are typically credited to its EGCG content ().

Though EGCG is predominantly found in green tea, it also exists in small amounts in other foods, such as (3):

While EGCG is the most researched and potent catechin, other types like epicatechin, epigallocatechin, and epicatechin 3-gallate may offer similar benefits. Plus, many of them are more widely available in the food supply (3, ).

Red wine, dark chocolate, legumes, and most fruit are a few examples of foods that offer a hefty dose of health-promoting catechins ().

Summary EGCG is most prevalent in green tea but also found in smaller quantities in other types of tea, fruit, and some nuts. Other health-promoting catechins are plentiful in red wine, dark chocolate, legumes, and most fruit.

Ultimately, more research is needed to better understand how EGCG may be used as a preventative tool or treatment for disease, though current data is promising.

Much of EGCG’s claim to fame comes from its strong antioxidant capacity and potential to reduce stress and inflammation.

Free radicals are highly reactive particles that can cause damage to your cells. Excessive free radical production leads to oxidative stress.

As an antioxidant, EGCG protects your cells from damage associated with oxidative stress and suppresses the activity of pro-inflammatory chemicals produced in your body, such as tumor necrosis factor-alpha (TNF-alpha) ().

Stress and inflammation are linked to a variety of chronic illnesses, including cancer, diabetes, and heart disease.

Thus, the anti-inflammatory and antioxidant effects of EGCG are thought to be one of the main reasons for its broad disease-preventing applications ().

Research suggests that EGCG in green tea may support heart health by reducing blood pressure, cholesterol, and the accumulation of plaque in blood vessels — all major risk factors for heart disease (, ).

In an 8-week study in 33 people, taking 250 mg of EGCG-containing green tea extract daily resulted in a significant 4.5% reduction of LDL (bad) cholesterol ().

A separate study in 56 people found significant reductions in blood pressure, cholesterol, and inflammatory markers in those taking a daily dose of 379 mg of green tea extract over 3 months ().

Though these results are encouraging, more research is needed to better understand how EGCG in green tea may reduce heart disease risk.

Although much of the study results on EGCG’s effect on weight are inconsistent, some long-term observational research noted that consuming about 2 cups (14.7 ounces or 434 ml) of green tea per day was associated with lower body fat and weight ().

Additional human studies have collectively found that taking 100–460 mg of EGCG together with 80–300 mg of caffeine for at least 12 weeks is linked to significant weight loss and reduction of body fat ().

Still, changes in weight or body composition are not consistently seen when EGCG is taken without caffeine.

In some studies, EGCG injections significantly improved inflammation, as well as recovery and regeneration of neural cells in mice with spinal cord injuries (, ).

Additionally, multiple observational studies in humans found a link between a higher intake of green tea and a reduced risk of age-related brain decline, as well as Alzheimer’s and Parkinson’s disease. However, the available data is inconsistent ().

What’s more, it remains unclear whether EGCG specifically or perhaps other chemical components of green tea have these effects.

More research is needed to better understand whether EGCG may effectively prevent or treat degenerative brain diseases in humans.

Summary EGCG in green tea may offer a variety of health benefits, such as reduced inflammation, weight loss, and the prevention of heart and brain diseases. Still, more research on its effectiveness is needed.

Dosage and possible side effects

Although EGCG has been studied for decades, its physical effects are quite varied.

Some experts believe this may be because EGCG easily degrades in the presence of oxygen, and many people don’t absorb it efficiently in the digestive tract ().

The reason for this is not completely understood, but it may be related to the fact that a lot of EGCG bypasses the small intestine too quickly and ends up being degraded by bacteria in the large intestine ().

This has made developing specific dosage recommendations difficult.

A single cup (8 ounces or 250 ml) of brewed green tea typically contains about 50–100 mg of EGCG. Dosages used in scientific studies are often much higher, but exact amounts have been inconsistent (, ).

Daily daily intakes equal to or above 800 mg of EGCG per day increases the blood levels of transaminases, an indicator of liver damage (17).

One group of researchers suggested a safe intake level of 338 mg of EGCG per day when ingested in solid supplemental form (18).

It’s important to note that EGCG is not 100% safe or risk-free. In fact, EGCG supplements have been associated with serious side effects, such as ():

Some experts theorize that these negative effects may be related to toxic contamination of the supplements and not the EGCG itself, but regardless, you should be very cautious if you’re considering taking this supplement.

Taking supplemental doses of EGCG is not recommended if you’re pregnant, as it may interfere with the metabolism of folate — a B vitamin essential for fetal growth and development — increasing the risk of birth defects like spina bifida ().

It remains unclear whether EGCG supplements are safe for women who are breastfeeding, so it’s likely best to avoid it until more research is available ().

EGCG may also interfere with the absorption of some prescription medications, including certain types of cholesterol-lowering and antipsychotic drugs ().

To ensure safety, always consult with your healthcare provider prior to starting a new dietary supplement.

Summary There is currently no clear dosage recommendation for EGCG, though 800 mg daily for up to 4 weeks has been used safely in studies. EGCG supplements have been linked to serious side effects and may interfere with medication absorption.

EGCG is a powerful compound that may benefit health by reducing inflammation, aiding weight loss, and preventing certain chronic diseases.

It’s most abundant in green tea but also found in other plant foods.

When taken as a supplement, EGCG has occasionally been associated with serious side effects. The safest route is to consult with your healthcare provider prior to adding EGCG to your routine to ensure this supplement is right for you.