Raw Milk: Do Its Benefits Outweigh the Dangers?

Milk is a nutritious food that provides protein, vitamins, minerals and fatty acids.

Prior to the introduction of pasteurization in the early- to mid-1900s, all milk was consumed raw in its natural, unprocessed state.

With the growing popularity of natural, local, farm-sourced foods and the perception that raw milk is healthier, its consumption is increasing ().

Raw milk advocates argue that it has superior health and nutritional benefits and that pasteurization eliminates these advantages.

However, government and health experts disagree and advise against consuming it.

This article looks at the evidence to determine the benefits and dangers of drinking raw milk.

What Is Raw Milk?

Raw milk has not been pasteurized or homogenized.

It primarily comes from cows but also goats, sheep, buffalos or even camels.

It can be used to make a variety of products, including cheese, yogurt and ice cream.

Ultra-heat treatment (UHT) heats milk to 280°F (138°C) for at least 2 seconds. This milk is, for example, consumed in some European countries ().

The main method keeps milk fresh for 2–3 weeks, while the UHT method extends the shelf life up to 9 months.

Summary Raw milk has not been pasteurized or homogenized. Pasteurization heats milk to kill bacteria and increases shelf life.

Common Claims About The Benefits of Raw Milk

They also claim that it’s a better choice for those with lactose intolerance, asthma, autoimmune and allergic conditions.

Pasteurization was first introduced in response to an epidemic of bovine (cow) tuberculosis in the US and Europe in the early 1900s. An estimated 65,000 people died over a 25-year period from contaminated dairy ().

Some raw milk advocates argue that many of the harmful bacteria destroyed by pasteurization, such as tuberculosis, are no longer an issue and that pasteurization no longer serves a purpose.

Furthermore, they claim that the heating process during pasteurization reduces the overall nutrition and health benefits of milk.

However, most of these claims are not backed up by science.

Pasteurizing milk does not result in a significant loss of vitamins, carbs, minerals or fats (7, 8, , 10).

An extensive meta-analysis of 40 studies found only minor losses of the water-soluble vitamins B1, B6, B9, B12 and C. Considering the already low levels of these nutrients in milk, these losses were insignificant ().

What’s more, they’re easily made up elsewhere in your diet, as these vitamins are widespread and found in many fruits, vegetables, whole grains and — in the case of vitamin B12 — animal proteins.

Levels of the fat-soluble vitamins A, D, E and K also minimally decrease during pasteurization (8).

Milk is high in calcium and phosphorus, which are both needed for healthy bones, cell function, muscle health and metabolism (12, ).

These minerals are very heat stable. One cup of pasteurized milk contains almost 30% of the Daily Value (DV) for calcium and 22% of the DV for phosphorus (, 12, 14).

Studies have found no significant differences in the fatty acid profiles of raw and pasteurized milk, though pasteurization may increase the digestibility of fatty acids (14, ).

In one study, 12 samples of cow’s milk were collected from a single dairy factory and divided into raw, pasteurized and UHT-treated. Comparison between the three groups showed no significant differences in major nutrients or fatty acids (14).

About 80% of milk protein is casein, while the remaining 20% is whey. These may help muscle growth, improve insulin resistance and lower heart disease risk (16, , , ).

Pasteurizing milk does not reduce casein levels, as this type of protein is heat stable (, 8).

While whey protein is more susceptible to heat damage, pasteurization appears to have minimal impact on its digestibility and nutritional composition (, 8).

One study in 25 healthy people drinking either raw, pasteurized or UHT milk for a week found that the proteins from pasteurized milk had the same biological activity in the body as raw milk proteins ().

Interestingly, milk exposed to ultra-high temperatures (284°F or 140°C for 5 seconds) increased protein nitrogen uptake by around 8%, meaning that the protein was better used by the body ().

Milk is also a good source of lysine, an essential amino acid that your body cannot make on its own. Heating milk only results in a 1–4% lysine loss (12, 16).

A milk protein allergy occurs in 2–3% of children living in developed countries during their first 12 months — 80–90% of cases resolve spontaneously by age three ().

That being said, raw milk has been associated with a reduced risk of childhood asthma, eczema and allergies (, , , ).

Another study in 1,700 healthy people found that drinking raw milk in the first year of life was associated with a 54% reduction in allergies and 49% reduction in asthma, regardless of whether participants lived on a farm or not ().

However, it’s important to note that these studies show an associated risk reduction, not necessarily a direct correlation.

Increased exposure to microbes within farming environments has also been associated with a reduced risk of asthma and allergies, which may account for some of these results (, , , ).

Claim 5: Raw Milk Is Better for People With Lactose Intolerance

Lactose is a milk sugar. It’s digested by the enzyme lactase, which is produced in your small intestines.

However, raw milk contains the lactase-producing bacteria Lactobacillus, which is destroyed during pasteurization. This should, theoretically, improve lactose digestion in raw milk drinkers ().

No differences were found in digestive symptoms between raw and pasteurized milk ().

Their activity is reduced when milk is refrigerated, regardless of whether it’s raw or pasteurized.

Pasteurizing milk reduces lactoperoxidase activity by around 30%. However, other antimicrobials remain mostly unchanged (, , , 33).

Summary Claims that raw milk is more nutritious than pasteurized milk and a better choice for those with lactose intolerance, asthma, autoimmune and allergic conditions have shown to have little or no truth to them.

What Are the Dangers of Drinking Raw Milk?

Due to its neutral pH and high nutritional and water contents, milk is an ideal feeding ground for bacteria (16).

Milk essentially comes from a sterile environment within the animal.

From the moment the animal is milked, the potential for contamination begins with the udder, skin, feces, milking equipment, handling and storage (, ).

Contaminations are not visible to the naked eye and are often not detectable until growth is significant ().

The majority — but not necessarily all — bacteria are destroyed during pasteurization. The ones that survive, mostly do so in a damaged, non-viable form (, ).

Symptoms of infection are comparable to those of other foodborne illnesses and include vomiting, diarrhea, dehydration, headaches, abdominal pain, nausea and fever ().

Who Is Most at Risk?

Any person is susceptible if the milk they consume contains harmful bacteria.

However, the risk is higher for pregnant women, children, older adults and those with weakened immune systems.

More than half of all disease outbreaks associated with raw milk have involved at least one child under the age of five ().

A foodborne outbreak is the incidence of two or more reports of an illness as a result of consuming any common food ().

During the same period, two deaths from raw dairy and one from pasteurized dairy occurred, while three more have been reported since (, , ).

Those infected by consuming raw milk were 13 times more likely to need hospitalization than those consuming pasteurized milk ().

Related outbreaks, hospitalization and death rates are high considering that only 3–4% of the American population drinks raw milk ().

Currently, many countries ban raw milk for human consumption, including Australia, Canada and Scotland. It’s prohibited in 20 American states, while other states restrict its sales. In addition, it cannot be sold across American state lines (47).

However, the number of outbreaks is increasing, especially in states that have legalized its sale (, , ).

Summary Raw milk can contain harmful bacteria that may lead to serious illness, particularly in pregnant women, children, older adults, and immunocompromised people. Infections are more frequent and severe than those caused by pasteurized sources.

Raw and pasteurized milk are comparable in their nutrient contents.

While raw milk is more natural and may contain more antimicrobials, its many health claims aren't evidence-based and don’t outweigh potential risks like severe infections caused by harmful bacteria, such as Salmonella, E. coli and Listeria. 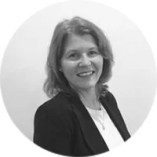