Does Milk Block Antioxidants in Foods and Beverages?

High-antioxidant foods like tea, coffee and fruit have been linked to many health benefits.

So what should you believe? This article explores whether milk inactivates the antioxidants found in foods and beverages and if you should be concerned.

Antioxidants are substances that prevent oxidation. Oxidation is a common chemical reaction in which a molecule gives up electrons.

In the body, oxidation can lead to the production of harmful free radicals, which are molecules that are missing an electron. Free radicals then take electrons from wherever they can, often causing damage to cells.

In fact, excessive free radicals may contribute to aging and the development of certain diseases, such as dementia and diabetes complications (, , ).

Antioxidants, which help eliminate these free radicals, come in many forms. Some are naturally produced within the body, while others come from your diet.

The vitamin C, vitamin E, beta-carotene and polyphenols found in fruits, tea and coffee are all compounds that act as antioxidants (, ).

Many health experts believe that a diet high in antioxidants can help protect against the oxidative stress and inflammation caused by free radicals. In turn, this may help reduce the risk of related health problems (, ).

However, research has caused some people to worry that certain foods, namely milk products, may cause the antioxidants in foods to become inactivated, potentially negating their beneficial health effects.

Summary: Antioxidants are produced in your body and can be found in your diet. They help fight free radicals, which can damage cells and contribute to aging and disease.

Antioxidant-Rich Foods That Are Commonly Paired With Dairy

Many foods and beverages provide antioxidants.

Some of them are frequently consumed with dairy, and it's these combinations that may be of concern.

Here are a few examples of high-antioxidant foods and beverages commonly consumed with dairy:

Summary: Some foods and drinks that are high in antioxidants are commonly paired with milk products. These include coffee, tea, fruit and chocolate.

Studies on Milk and Tea

Preliminary research has found that milk products may inhibit some antioxidants in certain foods and beverages.

The most common example of this is adding milk to tea, which is a customary practice in some countries.

Several studies have found that adding milk to tea decreases its antioxidant capacity, or how effective its antioxidants are at preventing oxidation.

This effect is thought to occur because the milk protein casein binds with antioxidants, reducing their ability to fight harmful free radicals ().

However, another test using a different measure found that milk protein improved antioxidant capacity from 6% to 75% ().

Yet, two other studies found that milk had no effect on the antioxidant capacity of tea in human participants (, ).

The results are likely varied due to the type of tea, the type and amount of milk, the way the tea was prepared and the way the antioxidant capacity was measured.

Summary: Some research has shown that mixing milk with tea may reduce or block its beneficial antioxidants. However, several studies have also found a neutral or even positive effect.

Studies on Milk and Other Foods and Beverages

Interestingly, similar results have been found with coffee, chocolate and blueberries, despite the fact that they don't contain the same types of antioxidants.

Another study found that eating blueberries with milk reduced the absorption of their polyphenols and blocked their antioxidant effects ().

Most evidence points to the fact that milk decreases the antioxidant capacity of some foods and beverages. However, the research is too conflicting to be sure.

Additionally, whether milk affects the health benefits of antioxidant foods and drinks, such as a decreased risk of heart disease, is not clear.

Summary: Some research has shown that mixing milk with antioxidant-rich foods and beverages may reduce or block their ability to fight free radicals. However, the evidence is too conflicting to say for sure.

Even though the majority of studies found that milk decreases antioxidant capacity, many found that it only does so to a certain extent.

For example, several studies found that milk decreased the antioxidant capacity of foods or drinks by 30%, at the most (, 11).

That means that at least 70% of their antioxidant capacities remained unaffected.

It's also important to understand that a decrease in the antioxidant capacity of a food does not directly translate to a decrease in its health benefits.

Currently, no studies have directly examined whether consuming dairy with high-antioxidant foods affects the health benefits, such as reducing the risk of dementia or heart disease.

However, one review of the effects of tea on heart disease found interesting results.

It found that drinking tea protected against heart disease in most countries, but that the risk of heart disease in the UK and risk of stroke in Australia increased with every three cups of tea consumed per day ().

The authors suggested that this difference could be because tea is usually consumed with milk in the UK and Australia. However, this is only a hypothesis, and there are many other potential explanations as well.

At the moment, the evidence is too conflicting to know for sure whether milk blocks a few antioxidants or whether it inhibits the health benefits of antioxidant foods.

Summary: Although research shows that milk may block some of the antioxidants in foods, it probably does not inhibit all antioxidants. Currently, there is no evidence that it reduces the overall health benefits.

Should You Avoid Mixing Dairy With High-Antioxidant Foods?

The best answer is to keep doing what you're already doing.

There is currently no evidence that consuming dairy with antioxidant-rich foods reduces their overall health benefits.

In fact, there are many different factors affecting the antioxidant capacity — and even the nutrient content — of different foods.

Instead, the best thing you can do to maximize the health benefits of your diet is to consume a wide variety of antioxidant-rich foods and drinks.

If adding milk to your coffee is the way you like to enjoy it, don't feel guilty about it. 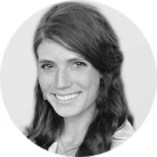