What Is Chaparral, and Is It Safe?

Chaparral is an herb from the creosote bush, a desert shrub native to southern areas of the United States and northern regions of Mexico. It’s also called Larrea tridentate, chaparral, and greasewood and has been used as an herbal medicine for centuries ().

This flowering plant has bright yellow flowers and thick green leaves layered with a resinous coating. However, despite its pretty appearance, chaparral is a controversial herb that’s banned in many countries, including Canada (2).

This article reviews the health claims and safety of the chaparral herb.

Though research is limited, there are many chaparral-related health claims.

In one study, mice treated with a topical application of chaparral-derived NDGA experienced significantly lowered activity of tumor-promoting agents (TPAs), compared with mice who didn’t receive the treatment ().

Other mice and test-tube studies have shown similar antioxidant and anticancer effects associated with NDGA (, , ).

However, because of the significant safety concerns of chaparral, including liver failure, no human studies have been conducted ().

There are claims that the chaparral herb can prevent the replication of the human papillomavirus (HPV), human immunodeficiency virus (HIV), and herpes simplex virus (HSV).

Chaparral contains many different polyphenols called lignans, which are plant compounds that confer health benefits. The lignans in chaparral are believed to block transcription factor Sp1, which is responsible for replicating virus genes (, ).

Although this is promising, chaparral may cause dangerous side effects, including liver complications, diarrhea, and fever, which are especially dangerous for people with compromised immune systems, including those with HIV (11).

Furthermore, there is no human research available, making it difficult to know its true effectiveness.

Chaparral contains NDGA, an antioxidant that can inhibit lipid peroxidation. This is a process in which molecules called free radicals attack lipids, resulting in cellular damage. Cellular damage may increase the risk of chronic diseases such as neurodegenerative disease (12).

NDGA has been shown to have anti-inflammatory properties, which may improve conditions like arthritis, sciatica, headaches, and stomach pain ().

In one small study, rats given oral doses of NDGA experienced improvements in stomach ulcers and arthritis-related inflammation, which was attributed to NDGA’s strong antioxidant properties ().

However, no human studies have tested the anti-inflammatory effects of chaparral.

Small animal and test-tube studies have shown that chaparral may help treat various conditions like cancer, HPV, and inflammatory illnesses. However, there are no human studies to support this.

Precaution and side effects

Despite its historical use, chaparral has significant and dangerous side effects.

Most research has shown that chaparral has significant health risks, which is why the herb is banned in many countries. Yet, despite being listed as a poisonous plant by the Food and Drug Administration (FDA), it’s still available for sale in the United States and online (14).

Although NDGA from chaparral is a potent antioxidant, it has been found to have serious negative health effects, including hepatotoxicity, which is drug- or chemically-induced liver injury (, , ).

While there appears to be a connection between chaparral and liver toxicity, the mechanism is unclear. Some hypothesize that it’s related to NDGA affecting the liver’s ability to remove toxins ().

In 1968, NDGA lost its status as “Generally Recognized as Safe” by the FDA due to its potential harm. In 1992, the FDA issued a public warning about the safety risks of chaparral due to a large number of reports of liver failure ().

Despite this, there is debate regarding its safety, since anecdotally, the herb has been used for centuries with no reports of liver failure. Moreover, some small studies have found no signs of liver failure after supplementing with small amounts of the herb (, , ).

Therefore, some researchers believe that the surge in observed liver failure in the 1990s may be related to other factors in combination with chaparral — not the herb alone (, ).

It appears that most side effects of chaparral supplements occur due to its higher volume of NDGA. Chaparral tea usually has lower concentrations of NDGA and is associated with few reports of side effects ().

That said, many reports have shown that chaparral overdose occurs easily and from small amounts ().

Currently, no safe dose for chaparral or any of its products has been established.

Certain preparations, such as homeopathic dilutions and supplements, may increase the risk of liver damage and should be avoided (, ).

Although chaparral tea tends to have lower concentrations of NDGA, there is still a risk of toxicity depending on the number of leaves used and how long the beverage is steeped ().

Moreover, chapparal’s safety during pregnancy and breastfeeding is unknown. In some animal research, it’s been shown to induce uterine contractions. Children should also avoid using this herb due to a higher risk of toxicity ().

Those with liver or renal failure should avoid taking it as well, as it may worsen their condition. Finally, due to its interference in drug metabolism, it’s best to avoid chaparral if you’re taking any medications ().

In fact, it’s best to avoid taking this herb altogether to avoid unwanted and unsafe side effects.

Chaparral is likely unsafe when consumed even in small amounts due to its damaging effects on the liver. Because of its safety risks, it’s best to avoid chaparral in all forms.

Chaparral is an herb that has been used as a cure-all for various ailments for centuries.

It’s sold as a tea, supplement, oil, and homeopathic preparation. Though it’s banned in some countries, it’s still available in the United States and online.

Although some animal and test-tube studies support its anticancer and anti-inflammatory properties, there are no human studies available due to its serious risk to human health.

Consuming even small amounts of chaparral has been shown to be toxic to the liver, potentially causing you to need a liver transplant.

As such, it’s best to avoid taking chaparral altogether. 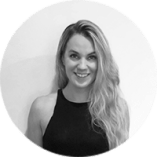