Canned foods are often thought to be less nutritious than fresh or frozen foods.

Some people claim they contain harmful ingredients and should be avoided. Others say canned foods can be a part of a healthy diet.

This article explains everything you need to know about canned foods.

What is canned food?

Canning is a method of preserving foods for long periods by packing them in airtight containers.

Canning was first developed in the late 18th century as a way to provide a stable food source for soldiers and sailors at war.

The canning process can vary slightly by product, but there are three main steps. These include:

This allows food to be shelf-stable and safe to eat for 1–5 years or longer.

Summary Canning is a method used to preserve foods for long periods. There are three main steps: processing, sealing, and heating.

How does canning affect nutrient levels?

Canned foods are often thought to be less nutritious than fresh or frozen foods, but research shows that this is not always true.

In fact, canning preserves most of a food's nutrients.

Protein, carbs, and fat are unaffected by the process. Most minerals and fat-soluble vitamins like vitamins A, D, E, and K are also retained.

As such, studies show that foods high in certain nutrients maintain their high nutrient levels after being canned (, ).

Yet, since canning typically involves high heat, water-soluble vitamins like vitamins C and B can be damaged (3, , ).

These vitamins are sensitive to heat and air in general, so they can also be lost during normal processing, cooking, and storage methods used at home.

However, while the canning process may damage certain vitamins, amounts of other healthy compounds may increase ().

For example, tomatoes and corn release more antioxidants when heated, making canned varieties of these foods an even better source of antioxidants (, ).

Changes in individual nutrient levels aside, canned foods are good sources of important vitamins and minerals.

Summary Some nutrient levels may decrease as a result of the canning process, while others may increase. Overall, canned foods can provide nutrient levels comparable to those of their fresh or frozen counterparts.

Canned foods are a convenient and practical way to add more nutrient-dense foods to your diet.

The availability of safe, quality foods is lacking in many parts of the world, and canning helps ensure people have access to a wide variety of foods throughout the year.

In fact, nearly any food can be found in a can today.

Also, since canned foods can be stored safely for several years and often involve minimal prep time, they're incredibly convenient.

What’s more, they tend to cost less than fresh products.

Summary Canned foods are a convenient and affordable source of essential nutrients.

They may contain trace amounts of BPA

BPA (bisphenol-A) is a chemical that’s often used in food packaging, including cans.

Studies show that the BPA in canned food can migrate from the can's lining into the food it contains.

One study analyzed 78 canned foods and found BPA in over 90% of them. Furthermore, research has made it clear that eating canned food is a leading cause of BPA exposure (, ).

In one study, participants who consumed 1 serving of canned soup daily for 5 days experienced more than a 1,000% increase in the levels of BPA in their urine ().

Although the evidence is mixed, some human studies have linked BPA to health problems like heart disease, type 2 diabetes, and male sexual dysfunction (, ).

If you're trying to minimize your exposure to BPA, eating a lot of canned food is not the best idea.

Summary Canned foods may contain BPA, a chemical that has been associated with health problems like heart disease and type 2 diabetes.

They may contain deadly bacteria

Consuming contaminated food can cause botulism, a serious illness that can lead to paralysis and death if left untreated.

Most cases of botulism come from foods that have not been canned properly at home. Botulism from commercially canned food is rare.

It's important to never eat from cans that are bulging, dented, cracked, or leaking.

Summary Canned foods that weren't processed properly may contain deadly bacteria, but the risk of contamination is very low.

Salt, sugar, and preservatives are sometimes added during the canning process.

Some canned foods can be high in salt. While this does not pose a health risk for most people, it may be problematic for some, such as those with high blood pressure.

They may also contain added sugar, which can have harmful effects.

Excess sugar has been associated with an increased risk of many diseases, including obesity, heart disease, and type 2 diabetes (, , , , 19).

A variety of other natural or chemical preservatives may be added as well.

Summary Salt, sugar, or preservatives are sometimes added to canned foods to improve their flavor, texture, and appearance.

How to make the right choices

As with all foods, it's important to read the label and ingredient list.

If salt intake is a concern for you, choose the "low sodium" or "no salt added" option.

To avoid extra sugar, choose fruits that are canned in water or juice instead of syrup.

Draining and rinsing foods can also lower their salt and sugar contents.

Many canned foods do not contain any added ingredients at all, but the only way to know for sure is to read the ingredient list.

Summary Not all canned foods are created equal. It’s important to read the label and ingredient list.

Canned foods can be a nutritious option when fresh foods aren't available.

They provide essential nutrients and are incredibly convenient.

That said, canned foods are also a significant source of BPA, which may cause health problems.

Canned foods can be a part of a healthy diet, but it's important to read labels and choose accordingly. 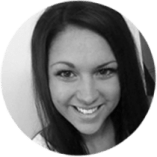