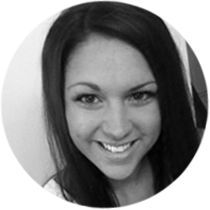 Written by Kayla McDonell, RD on August 24, 2017
If you buy something through a link on this page, we may earn a small commission. How this works.

Many types of fungi live in and on the human body, including the genus of yeasts known as Candida.

Candida is typically found in small amounts in the mouth and intestines and on the skin.

At normal levels, the fungus is not problematic.

However, when Candida begins to grow uncontrollably, it can cause an infection known as candidiasis.

In fact, Candida is the most common cause of fungal infections in humans (, ).

Typically, the healthy bacteria in your body keep Candida levels under control.

However, if healthy bacteria levels are disrupted or the immune system is compromised, Candida can begin to overproduce.

When Candida begins to overproduce, it can lead to various health problems.

This article explores 7 symptoms of Candida overgrowth and how you can treat it.

Candidiasis that develops in the mouth or throat is called “thrush.”

It’s most common in newborns, the elderly and those with a weakened immune system ().

Individuals with poor oral hygiene or removable dentures are also at an increased risk ().

The lesions can be painful and may bleed slightly when scraped.

Oral thrush is also often associated with redness or soreness of the tongue and mouth ().

In very bad cases, it can spread to the esophagus and cause pain or difficulty swallowing.

Summary: When there is too much Candida in the mouth, it can cause white, bumpy lesions, redness and pain in the mouth and throat. This is also known as oral thrush.

One of the most common symptoms associated with Candida is fatigue.

While there’s no evidence that Candida causes fatigue, there are a couple of ways in which it could contribute to it.

First, candidiasis is often accompanied by nutritional deficiencies, such as vitamin B6, essential fatty acids and magnesium (13).

Particularly, magnesium deficiency has been known to cause fatigue ().

A low-functioning immune system in itself may leave you feeling tired and fatigued.

One study suggests that prolonged candidiasis of the gut may even be a potential cause of chronic fatigue syndrome ().

Summary: Candidiasis is most common in individuals with a weakened immune system and may be accompanied by various nutritional deficiencies. This can leave you feeling tired and fatigued.

Candida is found in the vaginal tracts of most women.

An overgrowth of it can lead to candidiasis of the vagina, also known as a yeast infection.

It’s estimated that 75% of all women will get at least one vaginal yeast infection in their lifetime, and half of those will have at least one recurrence ().

Men can also get genital yeast infections, but it’s much less common.

Symptoms of vaginal candidiasis include redness, swelling, itching, painful intercourse and a thick, white discharge from the vagina.

Although it’s much less common, Candida can also cause a urinary tract infection (UTI).

Candida-related urinary tract infections are most common in the elderly, hospitalized or immune-compromised individuals ().

Symptoms of a UTI include a burning feeling when you urinate, a frequent urge to urinate, cloudy, dark or strange-smelling urine and pain or pressure in your lower abdomen.

Although, other bacteria like E. coli are more likely to cause UTIs.

However, if you suffer from recurring infections and believe they are a result of Candida overgrowth, you can have your urine tested to find out.

Summary: Candida can cause genital and urinary tract infections, both of which can lead to pain and discomfort.

The health of your digestive system relies heavily on a good balance between the “good” and “bad” bacteria that live in your gut.

The “good” bacteria that normally reside in your gut are important for digestion, as they help process starches, fibers and some sugars.

When the bacteria in your gut become imbalanced, you can experience digestive issues, including constipation, diarrhea, nausea, gas, cramps and bloating.

Recent studies indicate that an overgrowth of Candida is associated with several diseases of the gastrointestinal tract, including ulcerative colitis and Crohn’s disease ().

Summary: Having small amounts of Candida in your gut is normal. However, if it starts to overproduce, it may cause various gut-related symptoms.

Chronic sinus infections affect one in eight adults in the US ().

Common symptoms include a runny nose, nasal congestion, loss of smell and headaches.

A study by the Mayo Clinic looked at a group of 210 individuals with chronic sinus infections and found that 96% of them had fungi in their mucus (20).

In fact, treating a chronic sinus infection with antibiotics could actually make it worse.

If you have sinus infections that last longer than one month, Candida may be to blame.

Summary: Many chronic sinus infections are believed to be caused by fungi. If you have a sinus infection that lasts longer than one month, Candida may be the cause.

Just like in your gut, there are bacteria on your skin that prevent Candida from growing uncontrollably.

All bacteria thrive in different conditions, including varying temperature, moisture or acidity levels.

That’s why a change in the environment on your skin can allow Candida to overproduce.

While skin candidiasis can affect any part of the body, areas that are warm and moist, such as the armpits and groin, are particularly prone to infection.

Itching and a visible rash are the two most common symptoms of skin fungal infections.

An overgrowth of Candida can cause conditions like athlete’s foot, ringworm and toenail fungus ().

While not life threatening, skin fungal infections can be very uncomfortable and significantly decrease quality of life.

Summary: An overgrowth of Candida on the skin can cause conditions like athlete’s foot, ringworm and nail fungal infections.

If a Candida infection enters your bloodstream and travels through your body, it can infect the joints and cause arthritis ().

This typically only happens after surgery or when an overgrowth of Candida is left untreated for an extended period of time.

Candida arthritis is associated with pain, stiffness and swelling in your joints.

Hips and knees tend to be the most commonly infected.

Candida can also cause bone infections, or osteomyelitis, which can cause pain and tenderness in the infected area ().

Bone and joint infections are not very common, but once you are infected, they can be very difficult to get rid of.

Summary: If an overgrowth of Candida is left untreated, it can enter your bloodstream and travel throughout your entire body. When this happens, Candida can infect bones and joints, causing pain, stiffness and swelling.

How to Fight Candidiasis

The best way to treat candidiasis and prevent recurring infections is to address the underlying cause.

The food you eat plays an important role in maintaining the balance of “good” and “bad” bacteria in your gut.

Refined sugars, carbs and high-lactose dairy products can encourage Candida and other “bad” microorganisms to grow ().

Eating too many of these foods may promote infection if you have a suppressed immune system.

On the other hand, certain foods have specifically been shown to encourage “good” bacteria to grow and inhibit the growth of Candida.

The following foods have been shown to help fight Candida infections:

You can find some of these, such as coconut oil, aloe vera gel, kombucha, probiotic supplements, and xylitol online.

Unfortunately, dietary changes may not always do the trick, in which case antifungal drugs are the most common form of treatment. You can find some antifungal treatments online.

If you require medication, speak to your healthcare provider.

Candida is typically not life-threatening, but if left untreated, it can spread and eventually reach the bloodstream.

Once the fungus is circulating throughout the body, it can affect vital organs like the brain and heart and cause more serious complications, including death (, ).

Summary: Limiting your intake of refined sugars and carbs may help prevent Candida overgrowth. In the case of an infection, certain foods, probiotics and antifungal drugs can help.

Candida is the most common cause of fungal infections in humans.

Several key symptoms can help you determine whether you have an overgrowth of Candida.

The most common signs of infection include oral thrush, recurring genital yeast infections, digestive issues and fungal infections of the skin and nails.

It’s important to treat candidiasis early to prevent it from spreading and causing more serious complications.