Can You Eat Bay Leaves? 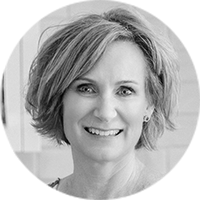 Bay leaves are a common herb that many cooks use when making soups and stews or braising meats.

They lend a subtle, herbal flavor to dishes, but unlike other culinary herbs, it’s usually recommended that you remove bay leaves before serving a dish.

Some people think it’s because they’re toxic when eaten. That’s not quite true, but there are a few reasons you might not want to eat bay leaves.

This article tells you everything you need to know about bay leaves.

What is a bay leaf?

Bay leaves, also known as bay laurel or sweet bay, come from the Laurus nobilis plant, a woody shrub native to the Mediterranean (, 2, ).

They’re known for their subtle aroma and flavor, which comes from their essential oils. They become more flavorful as they age, and that flavor is extracted with steam and heat (, 2,).

The leaves can be bitter if you bite into one, but when you add them to a slow-cooking recipe, such as a soup or stew, they impart a rich, herbal, woodsy flavor and aroma to your dish.

Bay laurel leaves look similar to leaves of the evergreen shrub known as English or cherry laurel. However, the plants are very different, and the later may be toxic if eaten ().

Culinary bay leaves are oval and about 3 inches (7.6 cm) long. They’re deeply veined and have smooth but wavy edges. Shiny and dark green when fresh, bay leaves turn more of an olive color when dried (, ).

Bay leaves are a Mediterranean herb used to prepare soups, stews, or other slow-simmered foods. They don’t have a particularly good taste if you eat them plain, but if you use them during cooking, they can add a nice herbal flavor to your dish.

Main reason to remove them

Interestingly, lab studies on the essential oils in bay leaves have found that they may be toxic to some harmful pathogens, including certain strains of bacteria and fungus (, 5).

However, they’re not toxic to people and very safe to cook with. They have also long been used in folk medicine for their antimicrobial properties and other health benefits (2, 5).

Technically, they can be eaten. However, their very rigid and leathery leaves don’t soften with cooking, and their edges can even be sharp.

Thus, they can present a choking hazard if you swallow them.

There are also reports of people getting a bay leaf stuck in their throat or esophagus, as well as reports of a bay leaf causing intestinal perforation (, ).

You can crush them, but they will likely still have a gritty texture. That’s the main reason most recipes suggest using them whole and removing the bay leaves before serving the dish.

If you forget and accidentally try to eat a whole or large piece of bay leaf, it might be best to spit it out.

Bay leaves are completely safe to cook with, but because of their texture, they’re almost impossible to chew. The biggest danger from eating bay leaves is that you could choke or get one stuck somewhere in your digestive system.

How to cook with bay leaves

Bay leaves dry very well, and since their flavor intensifies over several weeks after they’re picked and dried, that’s how they’re usually sold. However, sometimes you can find them fresh in the produce department.

If you want to experiment with bay leaves, the easiest way to use them is simply to toss one or two whole leaves into a soup, stew, or braising liquid. Let it simmer along with any meat, vegetables, or stock, and it will infuse the food with a mild herbal flavor.

You can also add a whole bay leaf to pickling brine when making pickled vegetables.

By leaving them whole, they’re easier to see and remove before you serve the dish. If you’re using smaller pieces of bay leaves, try putting them in a tea infuser for easier removal.

Bay leaves are also a classic ingredient in a seasoning blend called “bouquet garni,”which is French for “garnished bouquet.” It’s a bundle of herbs that’s tied together with a string and added to a stock or sauce to boost the flavor.

If you don’t want to worry about accidentally ingesting a bay leaf, or you want to use it in a spice rub, purchase ground bay leaf instead, and use it as you would any other dried, powdered spice.

However you decide to use them, don’t store them for too long.

Dried bay leaves will keep for about 12 months. If you find fresh ones or you grow your own, you can dry them and store them in an airtight container. Alternatively, you can freeze the fresh leaves for up to 1 year.

Adding fresh or dried bay leaves to your cooking liquid can enhance the flavor of your dish. Use them whole and remove them before serving, or buy ground bay leaf powder instead.

Whether you call them bay leaves, bay laurel, or sweet laurel, this Mediterranean herb is a common ingredient in soups, stews, or braised meats.

It’s recommended that you remove the whole leaves or leaf pieces before eating. However, it’s not because they’re poisonous, but rather because they can be a choking hazard.

If you’re worried about accidentally swallowing one, put the herb in a tea infuser or make a bouquet garni bundle with bay leaves and other fresh herbs, as either option makes them easier to remove.