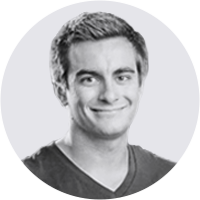 Caffeine is a powerful substance that can improve physical and mental performance.

The US Special Forces even use it to enhance performance and awareness.

Caffeine is found in many foods and beverages, and over 90% of the US population consumes it on a regular basis ().

This article explains the benefits of caffeine for exercise performance.

Caffeine is rapidly absorbed into the bloodstream, and blood levels peak after 90-100 minutes. Caffeine levels remain high for 3–4 hours, and then start to drop (, ).

Unlike most substances and supplements, caffeine can affect cells throughout the body, including muscle cells and brain ().

For this reason, caffeine's effects on the body are quite varied. These include:

Caffeine eventually gets broken down in the liver ().

Bottom Line: Caffeine can easily pass throughout the body. It has varied effects on your hormones, muscles and brain.

Caffeine is the go-to supplement for many athletes.

Due to its positive effects on exercise performance, some organizations — such as the NCAA — have even started to ban it in high doses.

In a study of cyclists, caffeine was shown to be superior to carbs or water. It increased work load by 7.4%, compared to 5.2% in the carb group ().

One study combined caffeine and carbs, which improved performance by 9% compared to water alone, and 4.6% compared to carbs alone ().

Other research has tested coffee, due to its naturally high levels of caffeine.

In a 1,500-meter run, regular coffee drinkers were 4.2 seconds faster than those drinking decaf. Another study found that coffee helped reduce the perception of effort, allowing athletes to work harder (, ).

Bottom Line: Caffeine and coffee have been shown to cause major improvements in performance for endurance athletes.

The evidence about the effects of caffeine on high-intensity exercise is mixed.

Caffeine has impressive benefits for trained athletes, but seems to have less benefits for beginners or those who are untrained.

Two studies of recreationally active men doing bike sprints found no difference between the effects of caffeine and water (, ).

However, for competitive athletes, a similar bike sprint linked caffeine to a significant improvement in power ().

Bottom Line: For high-intensity sports like cycling or swimming, caffeine may benefit trained athletes but not untrained individuals.

Research is still emerging on the use of caffeine in strength or power-based activities.

Although several studies have found a positive effect, the evidence is not conclusive ().

One study found caffeine to have a positive effect on bench press, but no effect on lower body strength or cycling sprints (, ).

A comparison of 27 studies found that caffeine may improve leg muscle power by up to 7%, but has no effects on smaller muscle groups ().

Caffeine may also improve muscular endurance, including the amount of repetitions performed at a certain weight ().

Overall, the current research indicates that caffeine may provide the most benefits for power-based activities that use large muscle groups, repetitions or circuits.

Bottom Line: For strength or power-based exercises, the research about the effects of caffeine is mostly positive, but still mixed.

Caffeine is a common ingredient in weight loss supplements.

Early research has shown that taking caffeine before exercise increases the release of stored fat by 30% ().

Another study found that caffeine supplements significantly increased the release of stored fat before and at the end of a workout ().

Caffeine can also increase the amount of fat you burn during exercise. It increases heat production and epinephrine, which helps burn additional calories and fat (, ).

However, there is currently no evidence that caffeine enhances weight loss in the long-term in exercising individuals.

More details here: Can Coffee Increase Your Metabolism and Help You Burn Fat?

Bottom Line: Caffeine can help release stored fat from fat cells, especially before and at the end of a workout. It can also help you burn more calories.

How to Supplement with Caffeine

There are several things to keep in mind when supplementing with caffeine.

If you consume coffee, energy drinks, soda or dark chocolate, you may experience less benefits from supplements. This is because your body has developed a tolerance to caffeine ().

Caffeine anhydrous seems to have the most benefits for exercise performance, but coffee is a good option too. Coffee also provides antioxidants and various health benefits ().

If you wish to use caffeine for athletic performance, you should also save it for key events or races, in order to maintain sensitivity to its effects.

For optimal performance, take it about 60 minutes before a race or event. However, make sure to test this protocol first if you're not used to taking caffeine.

Side Effects of Caffeine

At a sensible dose, caffeine can provide many benefits with few side effects. However, it may be unsuitable for some people.

Here are some common side effects of too much caffeine:

High doses of 600 mg have been shown to increase tremors and restlessness, especially for people who are not used to caffeine.

People who are prone to anxiety may also want to avoid high doses ().

Additionally, caffeine is not recommended for people who take certain medications, as well as those with a heart condition or high blood pressure ().

Timing may also matter, as late-night or evening caffeine can disrupt sleep. Try to avoid caffeine intake after 4 or 5 pm.

Finally, you could become ill, or even die, if you were to overdose on extremely high amounts of caffeine. Do not confuse milligrams with grams.

Bottom Line: Caffeine is a fairly safe supplement at the recommended doses. It may provide minor side effects for some people, and should not be used if you have a heart condition or high blood pressure.

Caffeine is one of the most effective exercise supplements available. It is also very cheap and relatively safe to use.

Studies have shown that caffeine can benefit endurance performance, high-intensity exercise and power sports. However, it seems to benefit trained athletes the most.

The recommended dose varies by body weight, but is typically about 200–400 mg, taken 30–60 minutes before a workout.

Caffeine anhydrous supplements seem to be the most beneficial, but regular coffee is also a good option.