Sugar is a natural ingredient that has been part of the human diet for thousands of years.

While there are many types, brown and white sugar are among the most popular varieties.

This article compares brown and white sugar to help you decide which to choose.

Given that white and brown sugar originate from the same crops — either the sugarcane or sugar beet plant — they are quite similar (1).

In fact, most brown sugar is a mixture of white sugar and molasses, which is a type of sugar-derived syrup. Molasses is responsible for its darker color and slightly increases its nutritional value.

The most notable nutritional difference between the two is that brown sugar has slightly higher calcium, iron, and potassium contents.

That said, the amounts of these minerals in brown sugar are insignificant, so it’s not a good source of any vitamins or minerals (, ).

Brown sugar also contains slightly fewer calories than white sugar, yet the difference is minimal. One teaspoon (4 grams) of brown sugar provides 15 calories, while the same amount of white sugar has 16.3 calories (, ).

Aside from these minor differences, they are nutritionally similar. Their main differences are their taste and color.

Summary Brown sugar contains slightly more minerals and marginally fewer calories than white sugar. However, the nutritional differences between the two are insignificant.

Sugar is produced in tropical climates where sugarcane or sugar beet plants grow.

Both plants undergo a similar process to produce sugar. However, the methods used to make it into brown and white sugar differ.

First, the sugary juice from both crops is extracted, purified, and heated to form a brown, concentrated syrup called molasses (, 5, 6).

White sugar is then further processed to remove any excess molasses and create smaller crystals. Subsequently, it’s run through a filtration system that’s often made with bone char, or crushed animal bones, to form white sugar (, 5, 6).

Summary White sugar is produced through a purifying process that removes a brown syrup called molasses. On the other hand, brown sugar either undergoes less processing to retain its molasses content or is produced by mixing white sugar with molasses.

White and brown sugar can be used in different ways in baking and cooking.

While they can sometimes be used interchangeably, doing so may affect the color, flavor, or texture of your final product.

The molasses in brown sugar retains moisture, so using it will result in baked goods that are softer yet denser.

For this reason, white sugar is used in a number of baked goods that require adequate rising, such as meringues, mousses, soufflés, and fluffy baked goods. In contrast, brown sugar is used for dense baked goods, such as zucchini bread and rich cookies.

Other uses for brown sugar may include rich glazes and sauces, such as barbecue sauce.

They have different flavor profiles and coloring

The main differences between white and brown sugar are their taste and color.

Swapping white sugar for brown sugar in recipes will affect the color of foods, giving a light-caramel or brown hue.

Contrarily, baking with white sugar will result in a lighter-colored product. Thus, whichever you choose will depend on your desired end result.

Brown and white sugar also have unique flavor profiles. Brown sugar has a deep, caramel or toffee-like flavor due to the added molasses. For this reason, it works well in chocolate cakes and cookies, as well as rich fruit cakes.

On the other hand, white sugar is sweeter, so you can use less of it to attain your desired taste. Its neutral flavor makes it a versatile ingredient in baking, working well in fruit sponges and sweet pastries.

Summary White and brown sugar are used similarly in cooking. However, brown sugar contains molasses, which will affect the taste and color of food.

Which should you choose?

Whether you choose white or brown sugar comes down to personal preference, as taste and color are the main differences between the two.

Although brown sugar contains more minerals than white sugar, the quantities of these minerals are so minuscule that they won’t provide any health benefits.

Importantly, sugar is thought to be a contributing factor to the obesity epidemic and major cause of diseases, including type 2 diabetes and heart disease (, 9, ).

For this reason, it’s recommended to consume no more than 5–10% of your daily calories from added sugar. However, this should be limited even further for optimal health (, ).

While it’s fine to enjoy a sugary treat now and then, all types of sugar should be limited in a healthy diet.

When choosing between brown or white sugar, let your personal preference guide you, as they will have equal effects on your health.

Summary Choosing between white or brown sugar comes down to personal preference. They are nutritionally similar, resulting in similar health effects. Keep in mind that it’s recommended to limit your intake of sugar, as eating too much may harm your health.

Brown and white sugar are the two most common varieties of sugar.

While they are produced differently, resulting in distinct tastes, colors, and culinary uses, brown sugar is often simply processed white sugar with molasses.

Contrary to common belief, they are nutritionally similar.

Brown sugar contains slightly more minerals than white sugar but will not provide any health benefits.

In fact, your intake of all types of sugar should be limited for optimal health. 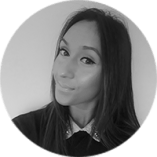