Seaweed or sea vegetables are forms of algae that grow in the sea.

They’re a food source for ocean life and range in color from red to green to brown to black.

Seaweed grows along rocky shorelines around the world, but it’s most commonly eaten in Asian countries such as Japan, Korea and China.

It’s extremely versatile and can be used in many dishes, including sushi rolls, soups and stews, salads, supplements and smoothies.

What’s more, seaweed is highly nutritious, so a little goes a long way.

Here are 7 science-backed benefits of seaweed.

Your thyroid gland releases hormones to help control growth, energy production, reproduction and the repair of damaged cells in your body (, ).

Your thyroid relies on iodine to make hormones. Without enough iodine, you may start to experience symptoms like weight changes, fatigue or swelling of the neck over time (, ).

The recommended dietary intake (RDI) for iodine is 150 mcg per day (5).

Seaweed has the unique ability to absorb concentrated amounts of iodine from the ocean ().

Its iodine content varies greatly depending on the type, where it was grown and how it was processed. In fact, one dried sheet of seaweed can contain 11–1,989% of the RDI (7).

Below is the average iodine content of three different dried seaweeds (8):

Kelp is one of the best sources of iodine. Just one teaspoon (3.5 grams) of dried kelp could contain 59 times the RDI (8).

Seaweed also contains an amino acid called tyrosine, which is used alongside iodine to make two key hormones that help the thyroid gland do its job properly ().

Summary Seaweed contains a concentrated source of iodine and an amino acid called tyrosine. Your thyroid gland requires both to function properly.

2. Good Source of Vitamins and Minerals

Each type of seaweed has a unique set of nutrients.

Sprinkling some dried seaweed on your food not only adds taste, texture and flavor to your meal, but it’s an easy way to boost your intake of vitamins and minerals.

Seaweed also contains small amounts of vitamins A, C, E and K, along with folate, zinc, sodium, calcium and magnesium (10).

While it may only contribute to a small percentage of some of the RDIs above, using it as a seasoning once or twice per week can be an easy way to add more nutrients to your diet.

The protein present in some seaweeds, such as spirulina and chlorella, contain all of the essential amino acids. This means seaweed can help ensure you get the full range of amino acids (10,11, 12).

In fact, it appears that dried green and purple seaweed contain substantial amounts of vitamin B12. One study found 2.4 mcg or 100% of the RDI of vitamin B12 in only 4 grams of nori seaweed (, ).

That said, there is an ongoing debate about whether your body can absorb and use the vitamin B12 from seaweed (, , ).

Summary Seaweed contains a wide range of vitamins and minerals, including iodine, iron, and calcium. Some types can even contain high amounts of vitamin B12. Moreover, it’s a good source of omega-3 fats.

3. Contains a Variety of Protective Antioxidants

This makes them less likely to damage your cells.

Furthermore, excess free radical production is considered to be an underlying cause of several diseases, such as heart disease and diabetes ().

In addition to containing the antioxidant vitamins A, C and E, seaweed boasts a wide variety of beneficial plant compounds, including flavonoids and carotenoids. These have been shown to protect your body’s cells from free radical damage (, ).

A lot of research has focused on one particular carotenoid called fucoxanthin.

It’s the main carotenoid found in brown algae, such as wakame, and it has 13.5 times the antioxidant capacity as vitamin E ().

Fucoxanthin has been shown to protect cell membranes better than vitamin A (23).

While the body does not always absorb fucoxanthin well, absorption may be improved by consuming it along with fat ().

Nevertheless, seaweed contains a wide variety of plant compounds that work together to have strong antioxidant effects ().

Summary Seaweed contains a wide range of antioxidants, such as vitamins A, C and E, carotenoids and flavonoids. These antioxidants protect your body from cell damage.

4. Provides Fiber and Polysaccharides That Can Support Your Gut Health

Gut bacteria play an enormous role in your health.

It’s estimated that you have more bacteria cells in your body than human cells ().

An imbalance in these “good” and “bad” gut bacteria can lead to sickness and disease ().

Seaweed is an excellent source of fiber, which is known to promote gut health ().

It can make up about 25–75% of seaweed’s dry weight. This is higher than the fiber content of most fruits and vegetables (, ).

Fiber can resist digestion and be used as a food source for bacteria in your large intestine instead.

Additionally, particular sugars found in seaweed called sulfated polysaccharides have been shown to increase the growth of “good” gut bacteria ().

These polysaccharides can also increase the production of short-chain fatty acids (SCFA), which provide support and nourishment to the cells lining your gut ().

Summary Seaweed contains fiber and sugars, both of which can be used as food sources for the bacteria in your gut. This fiber can also increase the growth of “good” bacteria and nourish your gut.

5. May Help You Lose Weight by Delaying Hunger and Reducing Weight

Seaweed contains a lot of fiber, which does not contain any calories ().

The fiber in seaweed may slow stomach emptying, too. This helps you feel fuller for longer and can delay hunger pangs ().

Seaweed is also considered to have anti-obesity effects. In particular, several animal studies suggest that a substance in seaweed called fucoxanthin may help reduce body fat (32, , ).

The results showed that fucoxanthin increased the expression of a protein that metabolizes fat in rats ().

Although the results in animal studies appear very promising, it’s important that human studies are conducted to verify these findings.

Summary Seaweed may help you lose weight because it contains few calories, filling fiber and fucoxanthin, which contributes to an increased metabolism.

Heart disease is the leading cause of death worldwide.

Factors that increase your risk include high cholesterol, high blood pressure, smoking and being physically inactive or overweight.

In fact, one animal study found that fucans extracted from seaweed prevented blood clotting as effectively as an anti-clotting drug ().

Researchers are also starting to look at peptides in seaweed. Initial studies in animals indicate that these protein-like structures may block part of a pathway that increases blood pressure in your body (, , ).

However, large-scale human studies are required to confirm these results.

Summary Seaweed may help reduce your cholesterol, blood pressure and risk of blood clots, but more studies are needed.

7. May Help Reduce Your Risk of Type 2 Diabetes by Improving Blood Sugar Control

Diabetes is a major health problem.

It occurs when your body is unable to balance your blood sugar levels over time.

Interestingly, seaweed has become a research focus for new ways to support people who are at risk of diabetes ().

An eight-week study in 60 Japanese people revealed that fucoxanthin, a substance in brown seaweed, may help improve blood sugar control ().

The study also noted additional improvements in blood sugar levels in those with a genetic disposition to insulin resistance, which usually accompanies type 2 diabetes ().

What’s more, another substance in seaweed called alginate prevented blood sugar spikes in animals after they were fed a high-sugar meal. It’s thought that alginate may reduce the absorption of sugar into the bloodstream (, ).

Several other animal studies have reported improved blood sugar control when seaweed extracts are added to the diet (, , ).

Summary Fucoxanthin, alginate and other compounds in seaweed may help reduce your blood sugar levels, consequently reducing your risk of diabetes.

Although seaweed is considered a very healthy food, there may be some potential dangers of consuming too much.

Seaweed can contain a very large and potentially dangerous amount of iodine.

Interestingly, Japanese people’s high iodine intake is considered to be one reason why they are among the healthiest people in the world.

Fortunately, in Asian cultures seaweed is commonly eaten with foods that can inhibit the uptake of iodine by the thyroid gland. These foods are known as goitrogens and found in foods like broccoli, cabbage, and bok choy ().

Additionally, it’s important to note that seaweed is water-soluble, which means cooking and processing it can affect its iodine content. For example, when kelp is boiled for 15 minutes, it can lose up to 90% of its iodine content ().

Nevertheless, high amounts of seaweed can affect thyroid function, and symptoms of too much iodine are often the same as symptoms of not enough iodine (6).

If you think you are consuming too much iodine and experience symptoms like swelling around your neck region or weight fluctuations, reduce your intake of iodine-rich foods and talk to your doctor.

Seaweed can absorb and store minerals in concentrated amounts ().

This poses a health risk, as seaweed can also contain large amounts of toxic heavy metals such as cadmium, mercury and lead.

That said, the heavy metal content in seaweed is usually below the maximum concentration allowances in most countries (55).

A recent study analyzed the concentration of 20 metals in 8 different seaweeds from Asia and Europe. It found that the levels of cadmium, aluminum and lead in 4 grams of each seaweed did not pose any serious health risks ().

Nonetheless, if you consume seaweed regularly, there is the potential for heavy metals to accumulate in your body over time.

Summary Seaweed can contain a lot of iodine, which can impact thyroid function. Seaweed can also accumulate heavy metals, but this is not considered a health risk.

Seaweed is an increasingly popular ingredient in cuisines all over the world.

It’s the best dietary source of iodine, which helps support your thyroid gland.

It also contains other vitamins and minerals, such as vitamin K, B vitamins, zinc and iron, along with antioxidants that help protect your cells from damage.

However, too much iodine from seaweed could harm your thyroid function.

For optimum health benefits, enjoy this ancient ingredient in regular but small amounts. 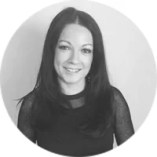