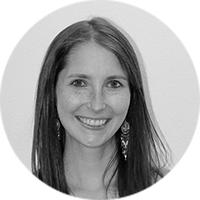 Lentils are a nutritious, inexpensive source of plant-based protein. Yet, you may wonder whether you can eat them on a keto diet.

The keto diet is an eating pattern that’s high in fat, moderate in protein, and very low in carbs. In fact, most people following a keto diet need to restrict their carb intake to just 25–50 grams of net carbs per day ().

Net carbs refer to the number of digestible carbs in a food. They’re calculated by subtracting the fiber content from the total number of carbs ().

Given that lentils are high in both carbs and fiber, this article determines whether they’re compatible with a keto diet.

A ketogenic diet is based around the idea of sustaining ketosis — a state in which your body burns fat instead of carbs for energy ().

By maintaining ketosis, individuals may benefit from rapid weight loss and improved blood sugar control. Also, those with epilepsy may experience reduced seizures (, , , ).

As a result, foods that are high in carbs, such as starchy vegetables, grains, and legumes, are restricted or greatly limited on a keto diet.

Still, despite the short-term benefits, more research is needed on the potential long-term effects of a ketogenic diet on overall health.

The keto diet is high in fat, very low in carbs, and moderate in protein. This eating pattern is necessary for the body to sustain ketosis, a state in which your body burns fat instead of carbs for fuel.

Lentils are a type of legume, a category that also includes beans, soy, and chickpeas. Due to their high carb content, legumes are generally avoided on a strict keto diet.

As net carbs are generally restricted to just 25–50 grams per day, including 1 cup (180 grams) of cooked lentils would use up at least 50% of your carb allowance for the day (, ).

As a result, those following a strict keto diet will want to restrict their intake of lentils.

One benefit of occasionally including lentils is that they provide several important vitamins and minerals that can be difficult to obtain on a keto diet. These include potassium, magnesium, folate, phosphorus, and iron ().

Still, despite lentil’s impressive nutritional profile, there are other ways to get these essential nutrients that are better suited to a keto diet, including non-starchy vegetables, low sugar fruits, and seeds.

Despite being high in fiber, lentils are high in net carbs and likely need to be avoided on a strict keto diet. However, some individuals may be able to accommodate small portions of them occasionally.

Despite being rich in fiber, lentils contain a high number of total and net carbs, making them difficult to fit into a keto diet.

While those following a strict keto diet should avoid lentils altogether, others may occasionally include small portions of these nutrient-rich legumes.

Still, if you’re concerned about sustaining ketosis while getting adequate amounts of vitamins and minerals, there are more keto-friendly options to choose from to accomplish this.

Leafy greens, mushrooms, broccoli, almonds, and even edamame are lower in carbs than lentils, and they provide essential nutrients for a well-rounded keto diet.