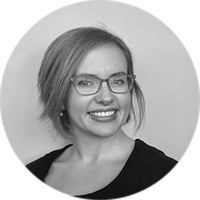 Cashews are incredibly popular — and for good reason.

They’re not only highly nutritious but also remarkably versatile.

Their slightly sweet flavor, satisfying crunch, and buttery texture pairs well with a variety of flavors and culinary applications.

Cashews are usually grouped with other types of tree nuts, but they also have a lot in common with legumes and seeds.

This article explores whether cashews are truly nuts, and why they may belong in a different category altogether.

The tree produces a fleshy, pear-shaped stalk called a cashew apple on its branches. Yet, this part of the plant isn’t the fruit.

Instead, the true fruit is a smaller, kidney-shaped structure that grows underneath the cashew apple, also known as a drupe. Inside the fruit is where you find the edible seed that most people know as a cashew nut ().

Thus, because of the plant’s structural configuration, the edible portion of a cashew is botanically classified as a drupe seed.

The seed and its outer shell are technically considered both the nut and the fruit, but the shell is inedible due to the presence of a toxic substance. This is why you only ever see shelled cashews at your local market ().

Cashews are botanically classified as seeds because they grow inside the cashew fruit, which is also known as a drupe.

Though cashews are drupe seeds, they’re sometimes confused with legumes.

Legumes are also plants that produce edible seeds, but they typically grow alongside other seeds within a single pod. As the plant matures, the pod eventually splits down the middle, freeing the edible seeds inside.

Beans and peas are among the most common types of legumes, but peanuts are a great example of a “nut” that’s really a legume. Much like peanuts, cashews can be easily split down the middle ().

However, because cashews develop in a hard shell within a drupe instead of a pod, they aren’t considered part of the legume family.

Cashews are structurally similar to legumes like peanuts. Yet, due to the way they grow, they’re not considered part of the legume family.

Technically, cashews are not nuts, but they’re often classified as such. That’s because they share many nutritional and culinary attributes with other true nuts like hazelnuts and chestnuts.

Cashews are rich in healthy fats and protein and may be used interchangeably with other nuts in a variety of culinary applications, including trail mix, stir-fries, granola, and nut butter ().

Oddly enough, many of the most popular “nuts” aren’t true nuts either. Walnuts, almonds, pistachios, and pecans are also seeds of drupes — just like cashews ().

Cashews are usually classified as nuts because they possess many of the same physical and nutritional characteristics as true nuts.

Cashews are a very unique food, making it difficult to know how to classify them.

Botanically, they’re considered drupe seeds, but they share several physical and nutritional characteristics with other food groups, including legumes and nuts.

Regardless of which group you place them into, there’s no denying that cashews are a nutritiously delicious addition to almost any diet plan.