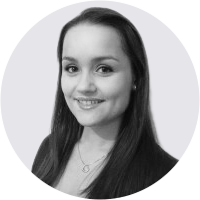 Alternate-day fasting is one way to do intermittent fasting.

On this diet, you fast every other day but eat whatever you want on the non-fasting days.

The most common version of this diet involves “modified” fasting, where you can eat 500 calories on fasting days.

Alternate-day fasting is a very powerful weight loss tool, and it can help lower your risk of heart disease and type 2 diabetes.

How to do alternate-day fasting

The basic idea is that you fast on one day and then eat what you want the next day.

This way you only need to restrict what you eat half of the time.

On fasting days, you’re allowed to drink as many calorie-free beverages as you like. Examples include:

If you’re following a modified ADF approach, you’re also allowed to eat about 500 calories on fasting days, or 20–25% of your energy requirements (, , ).

The most popular version of this diet is called “The Every Other Day Diet” by Dr. Krista Varady, who has conducted most of the studies on ADF.

The health and weight loss benefits seem to be the same regardless of whether the fasting-day calories are consumed at lunch or dinner, or as small meals throughout the day ().

Studies show that many people find alternate-day fasting much easier to stick to than traditional, everyday calorie restriction (, , ).

Most of the studies on alternate-day fasting used the modified version, with 500 calories on fasting days. This is considered much more sustainable than doing full fasts on fasting days, but it’s just as effective.

In this article, the terms “alternate-day fasting” or “ADF” generally apply to the modified approach with about 500 calories on fasting days.

Alternate-day fasting cycles between days of fasting and normal eating. The most popular version allows for about 500 calories on fasting days.

Studies among adults with overweight and obesity show it may make you lose 3–8% of your body weight in 2–12 weeks (, , ).

Interestingly, ADF seems to be particularly effective for weight loss among middle-aged people ().

Studies have shown that ADF and daily calorie restriction are equally effective at reducing harmful belly fat and inflammatory markers in those with obesity (11).

However, a 2016 review study concluded that ADF may be superior to daily calorie restriction diets, given that it’s easier to stick to, produces greater fat loss, and preserves more muscle mass ().

In regard to diet composition, ADF seems to be equally effective whether it’s done with a high or low fat diet ().

Alternate-day fasting is very effective for weight loss and may be easier to stick to than traditional calorie restriction.

The effects of ADF on hunger are rather inconsistent.

Some studies show that hunger ultimately goes down on fasting days, while others state that hunger remains unchanged (, , ).

Another factor to consider is compensatory hunger, which is a frequent downside of traditional, daily calorie restriction (, , ).

Compensatory hunger refers to increased levels of hunger in response to calorie restriction, which cause people to eat more than they need to when they finally allow themselves to eat.

Studies have shown that ADF doesn’t increase compensatory hunger as much as continuous calorie restriction (, , ).

In fact, many people who try modified ADF claim that their hunger diminishes after the first 2 weeks or so. After a while, some find that the fasting days are nearly effortless ().

However, the effects of ADF on hunger most likely vary by individual.

ADF has been shown to have unique effects on body composition, both while you’re dieting and during your weight-maintenance period.

However, ADF seems to be more effective at preserving muscle mass (, , ).

This is really important, as losing muscle mass along with fat decreases the number of calories your body burns on a daily basis.

One randomized controlled study compared ADF to a traditional calorie-restricted diet with a 400-calorie deficit ().

Both after an 8-week study and 24 unsupervised weeks, no difference was observed in weight regain between the groups.

However, after the 24 unsupervised weeks, the ADF group had preserved more muscle mass and lost more fat mass than the calorie-restricted group ().

ADF has several health benefits aside from weight loss.

Type 2 diabetes accounts for 90–95% of diabetes cases in the United States ().

What’s more, more than one-third of Americans have prediabetes, a condition in which blood sugar levels are higher than normal but not high enough to be considered diabetes ().

Losing weight and restricting calories is usually an effective way to improve or reverse many symptoms of type 2 diabetes ().

Similarly to continuous calorie restriction, ADF seems to cause mild reductions in risk factors for type 2 diabetes among people with overweight or obesity (30, , ).

However, ADF seems most effective at reducing insulin levels and insulin resistance, while only having a minor effect on blood sugar management (, 34, ).

Having high insulin levels, or hyperinsulinemia, has been linked to obesity and chronic diseases, such as heart disease and cancer (, ).

Among individuals with prediabetes, 8–12 weeks of ADF have been shown to decrease fasting insulin by about 20–31% (, , ).

A reduction in insulin levels and insulin resistance should lead to a significantly reduced risk of type 2 diabetes, especially when combined with weight loss.

Alternate-day fasting may reduce risk factors for type 2 diabetes. It can reduce fasting insulin levels by 20–31% in people with prediabetes.

Heart disease is the leading cause of death in the world and responsible for about one in four deaths (, 40).

Many studies have shown that ADF is a good option to help individuals with overweight or obesity lose weight and reduce heart disease risk factors (, , , ).

Most studies on the subject range from 8–12 weeks and involve those with overweight and obesity.

One of the most common effects of fasting is the stimulation of autophagy.

Autophagy is a process in which old parts of cells are degraded and recycled. It plays a key role in preventing diseases, including cancer, neurodegeneration, heart disease, and infections (, ).

Animal studies have consistently shown that long- and short-term fasting increase autophagy and are linked to delayed aging and a reduced risk of tumors (, , , ).

Furthermore, fasting has been shown to increase lifespan in rodents, flies, yeasts, and worms ().

Moreover, cell studies have shown that fasting stimulates autophagy, resulting in effects that may help keep you healthy and live longer (, , ).

This has been confirmed by human studies showing that ADF diets reduce oxidative damage and promote changes that may be linked to longevity (, , , 54).

The findings look very promising, but the effects of ADF on autophagy and longevity need to be studied more extensively.

Alternate-day fasting stimulates autophagy in animal and cell studies. This process may slow aging and help prevent diseases like cancer and heart disease.

Nearly all weight loss methods cause a slight drop in resting metabolic rate (, ).

This effect is often referred to as starvation mode, but the technical term is adaptive thermogenesis.

When you severely restrict your calories, your body starts conserving energy by reducing the number of calories it burns. It can make you stop losing weight and feel miserable ().

However, ADF doesn’t seem to cause this drop in metabolic rate.

One 8-week study compared the effects of standard calorie restriction and ADF.

The results showed that continuous calorie restriction significantly decreased resting metabolic rate by 6%, while ADF only caused an insignificant 1% reduction ().

What’s more, after 24 unsupervised weeks, the calorie restriction group still had a 4.5% lower resting metabolic rate than at the beginning of the study. Meanwhile, the ADF participants maintained their original metabolic rate.

Several effects of ADF may be responsible for counteracting this drop in metabolic rate, including the preservation of muscle mass.

Alternate-day fasting doesn’t seem to decrease metabolic rate in the same way as continuous calorie restriction. This may be because ADF helps preserve muscle mass.

Is it also good for people with average weight?

ADF is not only beneficial for weight loss — it can also offer health benefits for those who don’t have obesity.

The researchers found that it resulted in increased fat burning, decreased fasting insulin, and a 4% decrease in fat mass ().

However, hunger levels remained quite high throughout the study.

They speculated whether a modified ADF diet with one small meal on fasting days might be more tolerable for people who don’t have obesity.

Another controlled study involved individuals with overweight and average weight.

It showed that following an ADF diet for 12 weeks reduced fat mass and produced favorable changes in risk factors for heart disease ().

That said, ADF generally provides much fewer calories than you need to maintain weight, which is the reason you ultimately lose weight.

If you’re not looking to lose weight or fat mass, or have average weight to begin with, other dietary methods will probably suit you better.

What to eat and drink on fasting days

There’s no general rule regarding what you should eat or drink on fasting days, except that your total calorie intake shouldn’t exceed 500 calories.

It’s best to drink low calorie or calorie-free drinks on fasting days, such as:

Most people find it best to eat one “big” meal late in the day, while others prefer to eat early or split the amount between 2–3 meals.

Since your calorie intake will be severely limited, it’s best to focus on nutritious, high protein foods, as well as low calorie vegetables. These will make you feel full without many calories.

Soups may also be a good option on fasting days, as they tend to make you feel fuller than if you ate the ingredients on their own (, ).

Here are a few examples of meals that are suitable for fasting days:

There are no strict guidelines regarding what to eat and drink on fasting days. It’s best to stick to high protein foods and vegetables, as well as low calorie or calorie-free beverages.

Studies have shown that alternate-day fasting is safe for most people.

It doesn’t result in a greater risk for weight regain than traditional, calorie-restricted diets. On the contrary, it may even be better for long-term weight loss than continuous calorie restriction ().

Some think that ADF increases your risk of binge eating, but studies have found that it decreased depression and binge eating.

It also improved restrictive eating and body image perception among people with obesity ().

That said, certain groups of people shouldn’t adhere to any weight loss diet.

These include children, pregnant and lactating women, and those with eating disorders, underweight, or certain medical conditions.

Be sure to consult a healthcare provider before trying this eating pattern if you have a medical condition or are currently taking any medications.

Alternate-day fasting has an outstanding safety profile. It doesn’t increase binge eating or raise your risk of weight regain after you stop the diet.

Alternate-day fasting is a very effective way to lose weight.

It has several benefits over traditional calorie-restricted diets. It’s also linked to major improvements in many health markers.

The best part of all is that it’s surprisingly easy to stick to, as you only need to “diet” every other day.