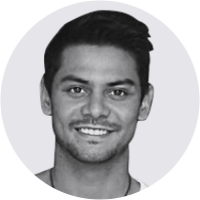 Written by Joe Leech, MS on August 15, 2018
If you buy something through a link on this page, we may earn a small commission. How this works.

Pomegranates are among the healthiest fruits on Earth.

They contain a range of beneficial plant compounds, unrivaled by other foods.

Studies have shown that they may have several benefits for your body, possibly lowering your risk of various diseases ().

1. Pomegranates Are Loaded With Important Nutrients

The pomegranate, or Punica granatum, is a shrub that produces a red fruit ().

Categorized as a berry, the pomegranate fruit is about 5–12 cm (2–5 inches) in diameter. It is red, round and looks kind of like a red apple with a flower-shaped stem.

The skin of the pomegranate is thick and inedible, but there are hundreds of edible seeds within. Each seed is surrounded by a red, juicy and sweet seed covering known as an aril.

The seeds and arils are the edible parts of the fruit — eaten either raw or processed into pomegranate juice — but the peel is discarded.

Pomegranates have an impressive nutrient profile — one cup of arils (174 grams) contains (2):

The pomegranate arils are also very sweet, with one cup containing 24 grams of sugar and 144 calories.

However, pomegranates really shine in their wealth of powerful plant compounds, some of which have potent medicinal properties.

Summary The pomegranate is a fruit that contains hundreds of edible seeds called arils. They are rich in fiber, vitamins, minerals and bioactive plant compounds, but they also contain some sugar.

Pomegranates pack two unique substances that are responsible for most of their health benefits.

They’re so powerful that pomegranate juice has been found to have three times the antioxidant activity of red wine and green tea ().

Pomegranate extract and powder is typically made from the peel, due to its high antioxidant and punicalagin content.

Punicic acid, found in pomegranate seed oil, is the main fatty acid in the arils.

Summary Pomegranates contain punicalagins and punicic acid, unique substances that are responsible for most of their health benefits.

Chronic inflammation is one of the leading drivers of many serious diseases.

Pomegranates have potent anti-inflammatory properties, which are largely mediated by the antioxidant properties of the punicalagins.

Test-tube studies have shown that they can reduce inflammatory activity in the digestive tract, as well as in breast cancer and colon cancer cells (, , ).

One 12-week study in people with diabetes found that 1.1 cups (250 ml) of pomegranate juice per day lowered the inflammatory markers CRP and interleukin-6 by 32% and 30%, respectively ().

If you are interested in reducing inflammation in your body, pomegranate is an excellent addition to your diet.

Summary The punicalagins in pomegranate juice have been shown to reduce inflammation, one of the leading drivers of many serious diseases, including cancer and diabetes.

Prostate cancer is a common type of cancer in men.

The prostate-specific antigen (PSA) is a blood marker for prostate cancer.

Men whose PSA levels double in a short period of time are at an increased risk of death from prostate cancer.

Interestingly, a human study found that drinking 8 ounces (237 ml) of pomegranate juice per day increased the PSA doubling time from 15 months to 54 months — a monumental increase ().

Summary Preliminary evidence indicates that pomegranate juice can be useful in men with prostate cancer, potentially inhibiting cancer growth and lowering the risk of death.

5. Pomegranate May Also be Useful Against Breast Cancer

Breast cancer is one of the most common types of cancer in women.

Pomegranate extract may inhibit the reproduction of breast cancer cells — even killing some of them (, , ).

However, the evidence is currently limited to laboratory studies. More research is needed before any claims can be made.

High blood pressure (hypertension) is one of the leading drivers of heart attacks and strokes.

In one study, people with hypertension had a significant reduction in blood pressure after consuming 5 ounces (150 ml) of pomegranate juice daily for two weeks (15).

Other studies have found similar effects, especially for systolic blood pressure, which is the higher number in a blood pressure reading (, ).

Summary Regular intake of pomegranate juice has been shown to lower blood pressure levels in as little as two weeks.

Arthritis is a common problem in Western countries.

There are many different types, but most involve some form of inflammation in the joints.

Given that the plant compounds in pomegranate have anti-inflammatory effects, it makes sense that they could help treat arthritis.

Interestingly, laboratory studies suggest that pomegranate extract can block enzymes that are known to damage joints in people with osteoarthritis (, ).

This extract has also been shown to relieve arthritis in mice, but evidence from human-based research is very limited so far (, ).

Summary Studies in animals and isolated cells indicate that pomegranate extract may be beneficial against several forms of arthritis, but human research is needed.

8. Pomegranate Juice May Lower Your Risk of Heart Disease

Heart disease is currently the world's most common cause of premature death ().

It’s a complicated disease, driven by many different factors.

Punicic acid, the main fatty acid in pomegranate, may help protect against several steps in the heart disease process.

A 4-week study in 51 people with high triglyceride levels showed that 800 mg of pomegranate seed oil per day significantly lowered triglycerides and improved the triglyceride-HDL ratio ().

Another study looked at the effects of pomegranate juice in people with type 2 diabetes and high cholesterol. They noted significant reductions in “bad” LDL cholesterol, as well as other improvements ().

Pomegranate juice has also been shown — in both animal and human studies — to protect LDL cholesterol particles from oxidation, one of the key steps in the pathway towards heart disease (, , , ).

Summary Several human studies have shown that pomegranate can have benefits against heart disease. It improves your cholesterol profile and protects LDL cholesterol from oxidative damage.

Oxidative damage can impair blood flow in all areas of the body, including erectile tissue.

Pomegranate juice has been shown to help increase blood flow and erectile response in rabbits ().

In a study in 53 men with erectile dysfunction, pomegranate appeared to have some benefit — but it was not statistically significant ().

Summary Pomegranate juice has been linked to reduced symptoms of erectile dysfunction, but more research is needed.

The plant compounds in pomegranate can help fight harmful microorganisms ().

For example, they have been shown to combat some types of bacteria as well as the yeast Candida albicans (, ).

The anti-bacterial and anti-fungal effects may also be protective against infections and inflammation in your mouth. This includes conditions like gingivitis, periodontitis and denture stomatitis (, ).

Summary Pomegranate has antibacterial and antiviral properties which may be useful against common gum diseases and yeast infections.

There is some evidence that pomegranate can improve memory.

One study in surgical patients found that 2 grams of pomegranate extract prevented deficits in memory after surgery ().

Another study in 28 older adults with memory complaints found that 8 ounces (237 ml) of pomegranate juice per day significantly improved markers of verbal and visual memory ().

Summary Some evidence shows that pomegranate may improve memory in older adults and post-surgery. In addition, studies in mice suggest that it may protect against Alzheimer's disease.

Pomegranate is rich in dietary nitrates, which have been shown to improve exercise performance.

A study in 19 athletes running on a treadmill showed that one gram of pomegranate extract 30 minutes before exercise significantly enhanced blood flow, delaying the onset of fatigue and increasing exercise efficiency ().

More studies are needed, but it seems that pomegranate — like beets — may be beneficial for physical performance.

Summary As a rich source of nitrates, pomegranate may improve exercise performance by increasing blood flow.

Pomegranates are one of the healthiest foods on the planet, packed with nutrients and powerful plant compounds.

They have wide-ranging benefits and may help reduce your risk of various serious illnesses, including heart disease, cancer, arthritis and other inflammatory conditions.

What’s more, they may boost your memory and exercise performance.

If you want to reap the many health benefits pomegranates have to offer, either eat the arils directly or drink pomegranate juice.

How to Cut a Pomegranate