10 Things That Happen When You Sit Down All Day

More than half of us spend over six hours sitting down each and every day, and a widening rear end isn’t the only result. Sitting can have short- and long-term effects on your health and body, making this seemingly benign activity potentially deadly. 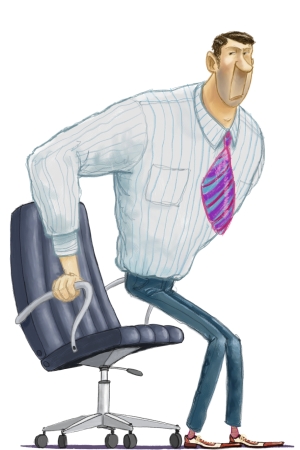 Read on to learn how damaging it can be to sit all day — from your head to your toes.

If you don’t use them, you lose them! By sitting all day, you’re not depending on your powerful lower body muscles to hold you up. This leads to muscle atrophy, which is the weakening of these muscles. Without strong leg and glute muscles to stabilize you, your body is at risk of injury.

Moving causes your muscles to release molecules like lipoprotein lipase, which helps process the fats and sugars you eat. When you spend most of your day sitting, the release of these molecules is lessened and your rear end is at greater risk of widening, according to research. You’re also at greater risk for metabolic syndrome, even if you exercise. One found, unsurprisingly, that men who spent more time sitting than usual, gained more weight around the middle, which is the most dangerous place to store fat. 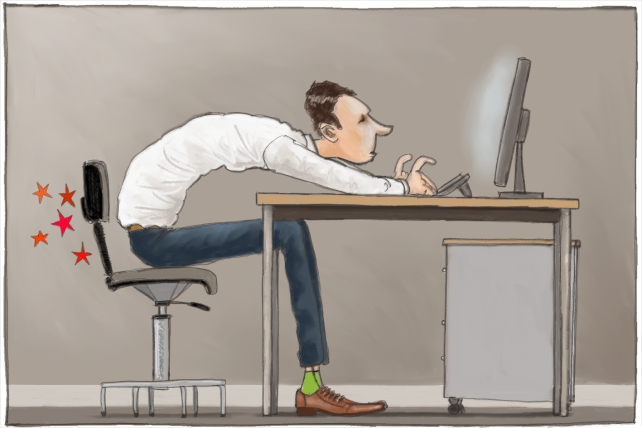 3. Tight Hips and a Bad Back

As with your leg and glute muscles, your hips and back will suffer from sitting. Sitting causes your hip flexors to shorten, and your seated position can also hurt your back, particularly if you have bad posture or don’t use an ergonomic chair. Also, poor posture while sitting can cause compression on the discs in your spine and can lead to premature degeneration, which results in chronic pain.

Lesser understood than some of the physical effects of sitting, are the mental effects. But the risk of both depression and anxiety are higher in people who sit the most. This could be because the mental health benefits of fitness are lacking when one spends their days sitting down rather than moving. If so, these risks could be mitigated with regular exercise.

Emerging studies suggest that prolonged sitting can increase your risk of certain types of cancer, including lung, uterine, and colon cancers. The reasons for this aren’t entirely clear.

Sitting can hurt your heart, potentially leading to cardiovascular disease. One study found that men who spent more than 23 hours per week watching television had a 64 percent greater risk of dying from cardiovascular disease than men who only watched television for 11 hours. Experts say people who sit more have a 147 percent higher risk of suffering from a heart attack or stroke.

People who spend more time sitting also have a 112 percent increased risk of diabetes. In that looked at the effects of just five days of bed rest, researchers saw increased insulin resistance, a precursor to diabetes. 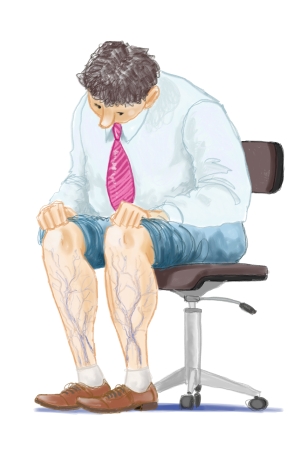 Sitting for long periods of time can cause blood to pool in the legs. This can lead to varicose veins, or spider veins, a smaller version of the former. Though generally not harmful themselves, these swollen and visible veins can be unsightly. In rare cases, they can lead to more serious conditions, like blood clots.

Deep vein thrombosis is a type of blood clot that’s most common in the legs. When part of this clot breaks off, it can cut off the flow of blood to other parts of the body such as your lungs, causing a pulmonary embolism. This is a medical emergency that can lead to major complications or even death. Sitting for too long, even on a long road trip, can cause DVT.

As with your legs, butt, and lower back, your shoulders and neck will also suffer from prolonged sitting. This is especially true if you’re hunched over looking at a computer screen.