Blunts, Spliffs, and Joints: What to Know Before You Roll Up

The terms blunt, spliff, and joint are often used interchangeably, but they’re not quite the same. To make things a bit more complicated, pot lingo varies from place to place.

Here’s a look at what it all means in the United States.

What is a blunt, anyway?

Blunts are cigars that have had the tobacco removed and replaced with marijuana. They can also be rolled using tobacco leaf wrappers.

As for the name? It comes from the Phillies Blunt cigar brand.

According to various internet sources, blunts originated in New York as a method for smoking pot discreetly, among other things.

Here are some things to consider before you get out that tobacco leaf or hit the corner store for a blunt wrap:

A spliff is a blend of cannabis and tobacco, usually in cigarette rolling papers.

Both marijuana and tobacco smoke can damage your lungs and increase your risk for several serious conditions. Adding tobacco to marijuana just means you’re getting the damaging effects of tobacco, too.

Here’s what you need to know before getting spliffy with it:

Where do joints fit in?

Joints are the simplest of the bunch. They’re just ground marijuana rolled in cigarette papers. Sometimes people roll them with a crutch, which is basically just a stiffer bit of paper to hold the weed in place.

Unlike spliffs and blunts, which contain tobacco, joints contain nothing but cannabis and the paper it’s rolled in. The upside to smoking joints is that you’re not exposing yourself to tobacco or nicotine.

Still, they’re not much better for you:

Is one better for you than the other?

You might argue that joints are better for you because there’s no tobacco in a joint, but the benefit is minimal.

There’s no safe way of smoking anything. Joints, spliffs, blunts, pipes, bongs — they all carry risks.

Are there other options?

With cannabis become increasingly accessible, you have more options than ever for consuming pot that don’t involve smoking.

Ingesting cannabis isn’t new. People have been making pot brownies and steeping marijuana leaves for tea for ages. These days, you have more options in areas with legalized cannabis, including gummies, lollipops, and capsules.

Just keep in mind that overindulging is a lot easier with edibles, so go slow, especially if you’re new to cannabis.

Cannabidiol oil, or CBD oil, is derived from cannabis. CBD oil doesn’t contain THC, which is the compound that makes you high, but you get all of the other benefits.

You can apply CBD oil to your skin to relieve pain or add it to food and drinks. You can also find CBD oil capsules.

Sprays are a newer way of using marijuana. Liquids are infused with CBD and THC to make sprays that you apply under your tongue.

The catch? This is a relatively new method, so there’s not much research on the safety of cannabis sprays.

There isn’t any long-term data available yet on the safety of vaping. And in recent months, it’s to serious illnesses and even death.

If you’re going to give it a try anyway, be sure to get your cartridges from a licensed dispensary. Avoid liquids containing additives, including coloring, flavoring, and scents.

Blunts, spliffs, and joints are the main players when it comes to rolled cannabis. While each is slightly different from the other, they all come with the negative effects of smoking.

To use marijuana and avoid the harmful effects of smoke, consider an alternative method. Just be sure to get your products from a licensed dispensary. Be smart with your dosing to avoid any other unsavory effects, too. 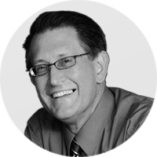