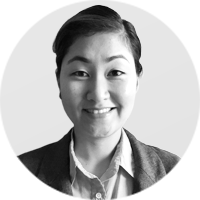 Waldenstrom macroglobulinemia (WM) is a rare form of non-Hodgkin’s lymphoma characterized by an overproduction of abnormal white blood cells.

It’s a slow-growing type of blood cell cancer that affects 3 out of every 1 million people in the United States every year, according to the American Cancer Society.

If you’ve been diagnosed with WM, you may have a lot of questions about the disease. Learning as much as you can about the cancer and exploring treatment options can help you cope with the condition.

Here are the answers to nine questions that can help you better understand WM.

WM currently has no known cure. However, a variety of treatments are available to help you manage your symptoms.

The outlook for people diagnosed with WM has improved over the years. Scientists are also exploring vaccines to help boost the immune system’s ability to reject this type of cancer and develop new treatment options.

2. Can Waldenstrom macroglobulinemia go into remission?

There’s a small chance that WM can go into remission, but it’s not typical. Doctors have only seen complete remission of the disease in a few people. Current treatments do not prevent relapse.

While there isn’t much data on remission rates, one small study from 2016 found that with WM went into complete remission after being treated with the “R-CHOP regimen.”

The R-CHOP regimen included the use of:

Talk to your doctor to see if this treatment, or another regimen, is right for you.

3. How rare is Waldenstrom macroglobulinemia?

Doctors diagnose 1,000 to 1,500 people in the United States with WM each year, according to the American Cancer Society. The National Organization of Rare Disorders considers it to be a very rare condition.

WM tends to affect twice as many men as it does women. The disease is less common among black people than it is among white people.

4. How does Waldenstrom macroglobulinemia progress?

WM tends to progress very gradually. It creates an excess of certain types of white blood cells called B lymphocytes.

These cells create an overabundance of an antibody called immunoglobulin M (IgM), which causes a blood thickening condition called hyperviscosity. This makes it difficult for your organs and tissues to function properly.

An excess of B lymphocytes can leave little room in the bone marrow for healthy blood cells. You may develop anemia if your red blood cell count drops too low.

A lack of normal white blood cells can make it difficult for your body to fight off other types of infections. Your platelets may also drop, which can lead to bleeding and bruising.

Some people experience no symptoms for several years after a diagnosis.

Early symptoms include fatigue and low energy as a result of the anemia. You may also have tingling in your fingers and toes and bleeding in your nose and gums.

WM may eventually affect the organs, leading to swelling in the liver, spleen, and lymph nodes. Hyperviscosity from the disease can also lead to blurred vision or problems with blood flow to the retina.

The cancer may eventually cause stroke-like symptoms due to poor blood circulation to the brain, as well as heart and kidney issues.

5. Does Waldenstrom macroglobulinemia run in families?

Scientists are still studying WM, but they believe that inherited genes can increase some people’s chances of developing the disease.

Around 20 percent of people with this type of cancer are closely related to someone with WM or another disease that causes abnormal B cells.

Most people who are diagnosed with WM have no family history of the disorder. It usually occurs as a result of cell mutations, which are not inherited, throughout a person’s life.

Scientists have yet to pinpoint exactly what causes WM. Evidence suggests that a mix of genetic, environmental, and viral factors throughout someone’s life may lead to the development of the disease.

Some research has found a connection between chronic hepatitis C and WM in some (but not all) people with the disease.

Exposure to substances in leather, rubber, solvents, dyes, and paints may also be a factor in some cases of WM. Research on what causes WM is ongoing.

7. How long can you live with Waldenstrom macroglobulinemia?

Recent studies show that half of people with WM are expected to be alive for 14 to 16 years after their diagnosis, according to the IWMF.

Your individual outlook may vary depending on:

Unlike other types of cancer, WM is not diagnosed in stages. Instead, doctors use the International Prognostic Scoring System for Waldenstrom Macroglobulinemia (ISSWM) to evaluate your outlook.

This system takes into account a variety of factors, including your:

Based on your scores for these risk factors, your doctor can place you in a low-, intermediate-, or high-risk group, which can help you better understand your outlook.

These statistics are based on data from 600 people diagnosed with WM and treated before January 2002.

Yes. WM affects lymphatic tissue, which is found in many parts of the body. By the time a person is diagnosed with the disease, it can already be found in the blood and bone marrow.

It can then spread to the lymph nodes, liver, and spleen. In rare cases, WM can also metastasize in the stomach, thyroid gland, skin, lungs, and intestines.

9. How is Waldenstrom macroglobulinemia treated?

Treatment for WM varies from person to person and generally doesn’t start until you experience symptoms from the disease. Some people may not need treatment until a few years after their diagnosis.

Your doctor may recommend starting treatment when certain conditions resulting from the cancer are present, including:

A variety of treatments are available to help you manage symptoms. Common treatments for WM include:

In rare cases, your doctor may recommend less common treatments, such as:

Being diagnosed with a rare cancer like WM can be an overwhelming experience.

However, getting information to help you better understand your condition and treatment options, can help you in feeling more confident about your outlook.