The 6 Most Important Vaccines You Might Not Know About 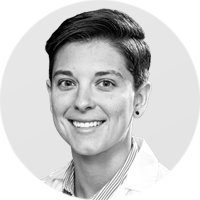 When your baby is born, they’re given the first of their vaccinations.

Ideally, by the time your child starts kindergarten, they will have received:

Many schools require proof that your child has been vaccinated, and might not admit your child if all of the vaccinations listed above haven’t been given.

But there are several other important vaccines you might also want to consider for your kids — as well as yourself.

Read on to learn more about these valuable vaccines.

It wasn’t that long ago that parents would send their kids off to play with schoolmates and friends infected with chickenpox. The logic was that it was better to have chickenpox when you were young, as cases are worse when you’re older.

However, getting the chickenpox vaccine is much safer than getting the disease. While chickenpox may not cause many problems for some people, others may have serious complications such as bacterial infections and pneumonia.

According to the , all healthy children ages 12 months through 18 years should have two doses of the chickenpox vaccination.

The CDC recommends the first vaccination be given between 12 and 15 months, and the second between ages 4 and 6.

Each state has its own chickenpox vaccine requirements for young children in childcare and school, and young adults in college.

Even if you don’t live in a state where your child is required to get a two-dose varicella vaccine, some private childcare centers, schools, and colleges require their students to be inoculated for chickenpox.

Research suggests that the varicella vaccine is safe for most people. Side effects are usually mild. They can include:

Rare but serious side effects can include:

Rotavirus is a highly contagious virus that can lead to severe diarrhea in infants and young children. It often causes vomiting and fever. If left untreated, it can cause severe dehydration and even death.

According to PATH, an international nonprofit healthcare organization, each year more than 500,000 children around the world die from diarrheal disease, and one-third of these deaths are caused by rotavirus.

Millions more are hospitalized each year after being infected with the virus.

The CDC recommends that most babies get vaccinated to avoid contracting this virus.

Two oral rotavirus vaccines have been approved to prevent the rotavirus infection (Rotarix and RotaTeq).

The vaccines come in either two or three doses. The CDC recommends doses at 2, 4, and 6 months (if needed). The first dose must be given before 15 weeks of age and the last must be given by 8 months of age.

The that babies with severe combined immunodeficiency (SCID), other immune system problems, or a kind of bowel blockage called intussusception shouldn’t get the vaccine.

Like other vaccines, the rotavirus vaccine comes with some risks. Side effects are usually mild and go away on their own. These include:

Serious side effects have been reported but they’re rare. They include intussusception and allergic reaction.

Who shouldn’t get vaccinated Although the CDC recommends many vaccines for most people, some people shouldn’t receive certain vaccines. For instance, if you’re currently ill or if your immune system is weakened, you may not be able to receive certain vaccines. Some vaccines have other specific limitations. Be sure to tell your vaccine provider about your medical history so they can make sure a particular vaccine is right for you.

Hepatitis A is an acute liver disease caused by the hepatitis A virus. Symptoms can last from a few weeks to several months.

While hepatitis A doesn’t typically develop into a chronic disease, in some cases, symptoms can become severe and last several months.

The CDC recommends a hepatitis A vaccination between their first and second birthdays. It should be given in two shots, 6 to 18 months apart.

The hepatitis A vaccine is also sometimes . Travelers to certain countries and people at risk of contracting hepatitis A — such as men who have sex with men, people who use drugs, and people with chronic liver disease — should consider being vaccinated for hepatitis A.

The hepatitis A vaccine is relatively safe. Mild side effects can include:

Rare but serious side effects can include:

Meningococcal disease is a serious bacterial illness that can cause meningitis (inflammation of the protective layer surrounding the brain and spinal cord) and bloodstream infection, or sepsis.

Children can get meningococcal disease by living in close quarters with others, sharing utensils, kissing, or inhaling the secondhand smoke of an infected person.

The that children ages 11–12 years through 16 years get two doses of the meningococcal vaccine (Menactra).

In addition, college freshmen living in dormitories should also get the meningococcal vaccine. Some colleges require their students to be vaccinated before moving on campus.

Research suggests that meningococcal vaccines are relatively safe. Mild side effects include:

One rare but severe side effect is Guillain-Barré syndrome, a disorder that causes a person’s own immune system to damage their nerve cells.

Some strains of HPV don’t lead to other problems, but others can cause complications. These include:

The only HPV vaccine that’s currently on the market in the United States is called Gardasil 9.

suggest that the HPV vaccine is relatively safe. Side effects are usually mild and can include:

Serious side effects are rare, but can include:

Tdap boosters are combination booster shots that protect adults and children against three diseases that used to be very common in the United States before this vaccine was developed.

Since Tdap boosters have been administered, the reports that cases of tetanus and diphtheria have decreased by 99 percent and cases of pertussis have dropped by around 80 percent.

Most states have some type of Tdap vaccination requirement for children, teens, and young adults.

The single-dose Boostrix was approved for use in children as young as 10 and up. Adacel is given as a single dose to people at ages 10 through 64 years.

The that people who didn’t receive the Tdap vaccine at this age get it as soon as possible.

Healthcare professionals and anyone having close contact with newborn babies should receive a Tdap vaccination. This includes pregnant women, who should get the vaccine during every pregnancy to protect their newborn from pertussis.

The Tdap vaccine is safe for most people. Mild side effects can include:

More severe but rare side effects can include:

The vaccines listed above have made a big difference in the prevention of disease. They’re a public health success story and have helped countless people avoid severe illness and possibly even death.

For more information about these vaccines, check out the following articles, and visit the CDC website .

But to get the most direct answers to your vaccine questions, talk to your doctor or your child’s doctor. They can tell you more about the CDC’s recommendations, and can help you decide which vaccines may be right for you or your family.