Do I Have Gas or Something Else? 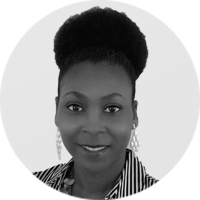 Written by Valencia Higuera on November 27, 2018

Gas can be mild and intermittent, or severe and painful. Although symptoms can develop after eating or drinking, not all gas is food-related. Sometimes gas is a symptom of a more serious problem.

Here’s a look at why gas occurs, as well as conditions that can lead to trapped gas in the digestive tract.

What are symptoms of gas?

Gas causes a number of digestive symptoms, which can vary from person to person. Common symptoms include:

Gas can be uncomfortable, but it isn’t usually serious. In most cases, symptoms don’t require medical attention and improve on their own within a few minutes to a few hours.

Gas can develop in your stomach or your intestinal tract. Gas in the stomach often results from swallowing too much air while eating or drinking. This can also happen if you:

In addition, loose-fitting dentures can cause you to swallow more air than normal.

In such a scenario, belching or burping is how your body expels stomach gas. If burping doesn’t release gas, the air travels to your intestines, where it’s released from the anus as flatulence.

Gas in the large intestines develops when normal bacteria breaks down certain types of undigested food. Some foods are more easily digested than others. Certain carbohydrates, such as sugar, fiber, and some starches, aren’t digested in the small intestines.

Instead, these foods travel to the large intestines where they’re broken down by normal bacteria. This natural process produces hydrogen, carbon dioxide, and sometimes methane gas, which is released from the rectum.

Therefore, you might experience more gas symptoms after eating certain foods. Foods that can trigger bloating, flatulence, and other symptoms include:

Even if you can’t eliminate gas completely, you can take steps to reduce the amount of gas your body produces.

Making dietary changes is an excellent starting point. Keep a food journal to identify foods that trigger gas. Write down everything you eat and drink, and then make a note of any gas symptoms.

Next, eliminate certain foods from your diet one by one to see if gas improves, and then gradually reintroduce these foods one at a time.

You can also prevent gas by swallowing less air. Here are a few tips to try:

Along with lifestyle and dietary changes, certain medications can help you manage symptoms.

For example, an over-the-counter (OTC) supplement containing alpha-galactosidase(for example, Beano) can help your body break down carbohydrates in vegetables and beans. Typically, you’ll ingest the supplement before meals.

Activated charcoal may also relieve intestinal gas and bloating. But this supplement may affect how your body absorbs drugs, so speak with your doctor first if you’re taking any medications.

Other conditions that cause gas

Gas is sometimes a symptom of a digestive condition. These include:

If gas only occurs after eating or drinking and resolves on its own or with the help of OTC remedies, you probably don’t need to see a doctor.

However, you should see a doctor for severe gas that’s persistent or affects your daily routine. Also, see a doctor if other symptoms accompany gas. These symptoms include:

Everyone deals with gas from time to time. And in most cases, belching, passing gas, and bloating are minor and don’t interrupt life.If you feel that you have more gas than normal, or if you experience severe gas pains, see your doctor to rule out a more serious condition.

Written by Valencia Higuera on November 27, 2018