Is There a Chance of Getting Pregnant While Taking Birth Control?

Birth control is 99 percent effective when it’s used perfectly. “Perfect use” means that it’s taken at the same time every day without any exceptions. “Typical use” refers to how it’s most commonly used. This accounts for taking the pill at slightly different times or accidently missing a day. With typical use, birth control is about 91 percent effective.

Despite these high percentages, it’s still possible for you to get pregnant. Birth control failure is often the result of missing two or more pills in a row. Without the constant supply of hormones, you may begin ovulating. If you have unprotected sex during this time, your chances of becoming pregnant increase.

Keep reading to learn whether the symptoms you’re experiencing are signs of pregnancy or just side effects of your birth control.

Signs and symptoms of pregnancy

The earliest signs of pregnancy share many of the same characteristics as the side effects of the birth control pill. This may include:

Birth control can make your period very light. This light bleeding can be confused with implantation bleeding, which occurs when a fertilized egg implants into the uterus. It can also cause you to have breakthrough bleeding, which is bleeding between periods. Birth control can even cause you to miss a period, which can be confused with a sign of pregnancy.

Morning sickness, which can happen at any time of the day, can indicate that you’re pregnant. Birth control pills can also cause nausea. If taking your pill with food doesn’t help alleviate the nausea, you may want to take a pregnancy test.

As your pregnancy continues, your breasts may become tender to the touch. Hormonal birth control pills can also cause breast tenderness.

Fatigue is a common symptom of pregnancy. Altered hormonal levels from birth control pills can also cause excessive tiredness and headaches.

What else can cause these symptoms?

In addition to possible pregnancy and birth control side effects, there are a few other conditions that may explain some of the symptoms you’re experiencing. These can include:

Althoughbirth control prevents pregnancy in most cases, it doesn’t protect you against sexually transmitted infections (STIs). Some STIs can cause cramping, bleeding, and nausea.

Certain cancers, including cervical or endometrial cancer, can cause symptoms that could be confused with pregnancy or birth control side effects.

Fibroids and cysts are unusual growths that can develop on a woman’s uterus or ovaries. Most people with either of the conditions experience unusual bleeding, which is often very heavy. Still, it’s possible some of the other symptoms, such as nausea, pain, and increased urination could be present before any bleeding begins.

If you were taking birth control to prevent pregnancy but find out weeks later that you’re indeed pregnant, it’s natural to wonder what effect your birth control may have on a developing fetus. The good news is that birth control has been shown to be safe in early pregnancy.

Of course, no guarantee can be made that the medication hasn’t affected the baby’s development, so be sure to see your doctor as soon as you suspect or find out that you’re pregnant. If you test positive, you should stop taking your birth control pill.

Becoming pregnant while on birth control does increase your risk of ectopic pregnancy. An ectopic pregnancy occurs when a fertilized embryo attaches outside the uterus, often in the fallopian tube. This is a very serious, life-threatening problem and should be cared for immediately.

What to do if you think you’re pregnant

If you think you may be pregnant, find out as soon as you can so you can begin prenatal care. Over-the-counter pregnancy tests are extremely accurate. There are many options available on Amazon.com. Take more than one if you want. You can even ask your doctor’s office for an at-home test.

Alternatively, make an appointment to see your doctor to discuss the symptoms you’re experiencing. As part of the routine checkup, your doctor will likely conduct a pregnancy test. You can request one, too. By the end of the appointment, you’ll know if you’re expecting or not. Take this quiz to see whether you might have the symptoms of pregnancy.

With typical use, birth control pills are still a highly effective form of pregnancy prevention. You can actually make it more effective by following a few simple strategies:

Get on a routine

Take the pill every day at the same time. Doing this maintains your hormone levels and decreases the risk of ovulation.

Even though placebo pills contain no active ingredients, you should still take them. Skipping those pills may interrupt your routine. You may not begin your next pack on time, and this can increase your chances of ovulation.

Alcohol can affect the way your liver metabolizes your medication. This can reduce its effectiveness.

In certain circumstances, it will be important for you to use a barrier method or another form of birth control. Some medications may reduce your pill’s effectiveness. You should use another form of protection for a least one month after finishing any additional medicines.

If you have unprotected sex and then realize you skipped a pill or two, you can take emergency birth control, such as Plan B. You can take this for up to five days after you’ve had unprotected intercourse. The sooner you take it, the more effective it will be. Call your doctor if you have questions about this type of birth control. 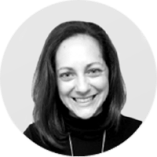