Secondhand Vaping Is a Thing — Here’s What to Know

You’re making your way through the bar and — poof — you’ve walked through a cloud of bubble gum–scented smoke from someone’s vape pen. Probably harmless, especially since you’re not the one smoking, right?

This brief exposure probably isn’t a huge deal, but secondhand vape aerosol (the “smoke” from vaping) is definitely a thing, even if it smells like candy.

How harmful is it?

It’s not clear how harmful secondhand vaping is since vaping is still relatively new. Its long-term effects are still being investigated.

What we do know so far is that vape aerosol contains a number of harmful substances, including:

Along with nicotine, nonvapers are also exposed to ultrafine particles from secondhand vape aerosol, which may increase the risk of cardiovascular disease.

Who’s most at risk?

Secondhand vape aerosol affects everyone, but certain groups may have a higher risk for negative health effects.

Vape aerosols pose an especially high risk for infants and children because of their lower body weight and developing respiratory systems.

According to a , being exposed to even low concentrations of the components of vape aerosol can affect brain and lung development.

We’ve known for a long time that nicotine exposure during pregnancy is risky. This goes for exposure to nicotine in vape aerosol, too.

Animal and human studies, notes that , have found that fetal nicotine exposure can have adverse effects, including:

Secondhand vape aerosol contains flavorings, such as diacetyl, a chemical that may impair the function of cilia in the airway.

Cilia help keep the airway clear of mucus and dirt so you can breathe. Impaired cilia function has been linked to chronic lung conditions like asthma and COPD.

For someone who already has a lung condition, exposure to secondhand vape aerosol can trigger symptoms and asthma attacks, and worsen the condition.

Based on the results of the 2018 Annual Asthma Survey by the Asthma UK and British Lung Foundation Partnership, 14 percent of people with asthma reported that vaping or exposure to secondhand vape triggered their asthma symptoms.

Thirdhand exposure is a thing, too

When someone who’s vaping exhales, the components of the aerosol doesn’t just go into the air — they also . This is what’s referred to as thirdhand smoke (or aerosol).

You can be exposed to these components when you touch a contaminated surface.

If you vape, keep these tips in mind

If you’re worried about how your vaping affects others, the most effective way to protect them is to quit vaping. But we get that quitting isn’t easy and not necessarily realistic for everyone.

Even if you’re not ready to quit, there are things you can do to help minimize the risk to others.

If you’re going to vape, do it outdoors. Avoid vaping in the home or car.

This keeps the air and surfaces inside free of the harmful components, so others don’t inhale or come into contact with them on surfaces.

Don’t vape around children or other high-risk people

Infants and children, pregnant people, and those with allergies and lung conditions have a higher risk for adverse effects from exposure to secondhand vape aerosol.

Chemicals used to add flavor to vape juices have been implicated as possible causes of serious and permanent lung damage in people who vape.

Some of these chemicals have also been found in secondhand vape aerosol.

The less nicotine in your vape products, the better for you and everyone around you.

Try to taper your nicotine dose gradually if you’re using vaping to help you quit traditional cigarettes. Cutting out nicotine altogether will minimize the risk of nicotine-related side effects for you and others.

Choose a device with lower power and temperature

The type of vaping device you use matters when it comes to the chemicals produced and inhaled/exhaled.

The heating of some of the ingredients used in vape juices can create new chemicals, like formaldehydes. Heavy metals from the heating coils and other contaminants can also get into the vapor.

Using products with higher power and temperature settings can produce more harmful chemicals that you and those around you can breathe in.

Secondhand vape may seem like no big deal, but don’t let those sweet aromas fool you. The aerosol exhaled from vaping contains a lot of the same chemicals that have been resulting in serious health consequences for people who vape.

Adrienne Santos-Longhurst is a freelance writer and author who has written extensively on all things health and lifestyle for more than a decade. When she’s not holed up in her writing shed researching an article or off interviewing health professionals, she can be found frolicking around her beach town with husband and dogs in tow or splashing about the lake trying to master the stand-up paddle board. 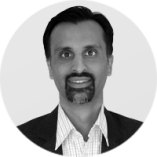