Root Canal on a Front Tooth: What to Expect

Root canals strike fear into many people. But root canals are among the most common dental procedures done in the United States.

According to the American Association of Endodontics, more than 15 million root canals are done each year.

Despite the fear, root canals are relatively simple and painless procedures. All they require is taking out damaged or infected pulp, filling in the removed tissue with filler material, and putting a protective crown on the tooth.

This procedure may be even simpler if it’s done on a front tooth.

What’s the procedure for a root canal on the front tooth?

Here’s the typical procedure for a root canal on a front tooth. A dentist will:

Root canals on front teeth are easier (and less painful)

Less pulp also means it’s not as painful, especially because local anesthesia should mean you feel almost nothing.

Recovery time is shorter for root canals on the front teeth

The recovery time can also be a bit shorter, as your tooth should start to heal in a few days up to a week.

You may also not need a permanent crown in all cases because the front teeth aren’t used for intensive, long-term chewing that’s much harder on premolars and molars.

You may only need a temporary filling while the tooth’s healing from the root canal. Once the tooth heals, a permanent composite filling will replace the temporary.

Are there complications to be aware of?

You’ll probably feel some pain after a root canal. But this pain should go away after a few days.

Return to your dentist if you keep feeling pain after a week of healing, especially if it doesn’t get any better or gets worse.

That said, here are some symptoms that should prompt you to see your dentist:

Here’s how you can keep your teeth healthy after a root canal and beyond:

How much do root canals on the front teeth cost?

The exact amount of coverage varies by the specifications of your plan and how much of your insurance deductible you’ve already used on other dental cleanings and procedures.

Root canals on front teeth tend to be a little cheaper than on other teeth because the procedure is a bit simpler.

What happens if you need a root canal but don’t get one?

Root canals are a huge help to teeth that are infected, injured, or damaged. Not getting a root canal can expose the tooth to increasing infectious bacteria and further damage due to weakness at the core of the tooth.

Don’t opt for a tooth extraction as an alternative to root canals, even if you hope it’ll be less painful.

Root canals have become less painful in recent years due to advances in anesthesia and pain medication. Pulling out teeth unnecessarily can damage the structures of your mouth and jaw.

A root canal on your front tooth is a simple, relatively pain-free procedure that can protect your tooth for years to come.

It’s best to do a root canal as soon as possible if you notice any signs of infection like pain or swelling. See a dentist if you think you need a root canal. They’ll fill you in on what you can expect from the procedure. 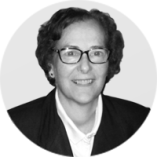