How Rare Is It to Have Red Hair and Green Eyes? 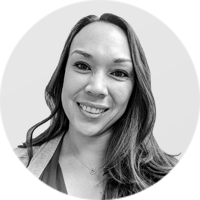 Red hair and green eyes is a combination that’s considered rare. The chances you or your child will have it are based on whether your immediate family members had red hair or green eyes, though it can skip generations.

Having red hair or green eyes (or both) all comes down to your genes. Your genetic makeup is based on a combination of markers your parents have passed to you.

While having red hair and green eyes isn’t common, it’s also not impossible, especially if there’s a history of the combination on both sides of your family.

Red hair and green eyes together is a particularly rare occurrence. Both traits are the result of recessive genes, just as blue eyes or O blood type is.

Being recessive or dominant has nothing to do with whether or not a trait is common. Still, the combination of red hair and green eyes tends to be uncommon in today’s population.

While the odds of having red hair and green eyes depends on a variety of factors, it’s interesting to look at the genetics behind this combination. Each person’s DNA includes 20,000 genes. Just a few of these genes dictate hair color and eye color.

Genetics behind red hair and green eyes together

The hair, skin, and eye colors you’re born with are all controlled by your genes. Your parents passed these genes down to you, just as their parents passed down their genetic makeup to them.

When it comes to hair and eye color, some genes are more dominant than others. Yet dominant doesn’t necessarily mean more common.

What determines your hair, eye, and skin color is a pigment called melanin. Genes provide the instructions for producing melanin. Your genes determine how much of this pigment you have, and therefore, what color hair and eyes you have.

The MCR1 gene dictates whether you have red hair, and it’s recessive. That means you’d need to inherit copies from both parents to have this color combination.

Genes also have variants, known as alleles. At least three different genes control eye color, and there can be more than two alleles for each gene.

For example, the MCR1 gene comes in two variants: non-red and red. The non-red version is dominant. Gey, which is one of the genes that determines eye color, comes in two forms: Green and blue. Blue is the dominant allele.

But that doesn’t tell the whole story.

Also critical to how common a color combination is within a given population is which alleles are circulating. For example, alleles of the gene OCA2 determine whether someone has brown or not-brown eyes.

In populations where more people have the not-brown OCA2 allele — like in Scandinavia — the allele for light eyes is more common, even though it’s recessive. Light-eyed people pass their genes to their children, who pass them to their children, and that eye color perpetuates.

Red hair and green eye genes are simply not as common in populations as other hair and eye colors.

One study found that the red hair-green eyes genetic combination is one of the rarest, at -0.14 correlation. Having red hair and blue eyes is even rarer.

Having red hair and green eyes isn’t necessarily dictated by your sex. Each occurrence (hair color and eye color) is instead programmed in your DNA by the genes you carry from both your parents.

Still, some research has suggested that red hair is more common in women than in men.

Where do you find the most people with red hair and green eyes?

Red hair is most commonly associated with Ireland. Still, not everyone from Ireland — or everyone with an Irish bloodline — will end up having red locks.

Red hair is also historically seen in other countries in the region, including Great Britain.

Recessive genes that dictate lighter eye color are most common in Scandinavia. Countries in this Northern European region include:

Based on this fact, you might see more green and blue eyes in this region than brown eyes, which are linked to more dominant genes. However, this doesn’t mean all people from Scandinavia have lighter eyes.

From a health perspective, it doesn’t matter where you live if you have red hair and green eyes. One possible exception: If you have a lighter skin tone (which is common in redheads), living closer to the equator could put you at greater risk for UV exposure and related skin cancers.

Myths about people with red hair and green eyes

It’s a fact that the combination of red hair and green eyes is rare. As with any uncommon trait, myths about certain hair and eye colors abound, especially on the internet.

Some of the most common myths about people with red hair and/or green eyes are:

However, you may have heard that redheads require increased levels of anesthesia or sedation to achieve adequate results. This is true.

Several show that redheads require about 20 percent more sedation than those with other hair colors.

Due to genetic complexities, there’s not a clear-cut way to determine your chances of having a child with both red hair and green eyes.

While it’s slightly easier to determine the odds of having red hair, green eyes are more difficult to predict.

The best way to predict a child’s genetic makeup is to look at each parent’s genes. It’s also possible to get more information via genetic testing. Keep in mind that children with the same parents can have different eye and hair colors.