Have Your Baby’s Movements Changed? Here’s When to Worry 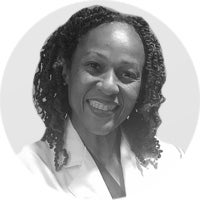 One of the most exciting experiences in your pregnancy is feeling your baby move for the very first time. Suddenly, it all becomes real: There’s really a baby in there!

Eventually, you might get used to feeling your baby moving around in your belly — you may even complain good-naturedly about a foot in your ribs or speculate that you’re going to give birth to a future soccer star.

But it’s a good idea to keep tabs on your baby’s movement in utero, just in case — especially during third trimester. That way, if you do notice a drop-off in fetal movements, you can notify your doctor for additional evaluation.

When does fetal movement start?

In general, you can expect to start feeling them during your second trimester, usually of your pregnancy. However, if it’s your first pregnancy, you’re more likely to start feeling them on the later side, perhaps between 20 and 22 weeks. If you’ve been pregnant before, you might start noticing them a little earlier, perhaps around the 16-week mark.

However, every pregnancy is unique. There’s no set “correct” time to feel fetal movement, and you may feel flutters even earlier than 16 weeks or a little later than 22 weeks.

Ah, second trimester: The glory days of pregnancy, when the morning sickness tends to wear off, but you don’t yet feel large and awkward like a parade float.

Then, typically, you’ll start feeling those fetal movements a little more frequently — and a little more intensely. Your baby’s just getting warmed up! As your baby gets larger, the movements will get larger, too, and you may start to feel some stretches and maybe even some punches and kicks.

Your healthcare provider might even be able to put a hand on your belly and feel your baby moving underneath.

You’re in the home stretch by the time you hit the third trimester.

At some point in this last trimester, you may start to notice some patterns in your baby’s movements. Perhaps your baby’s more active at certain times of day or night.

The movements may seem larger and more vigorous, and you may occasionally let out an “oof” after a particularly enthusiastic kick or punch. Your partner may be able to see your baby moving under your skin (is that a foot?).

However, this is also the time in your pregnancy when your baby starts to run out of room to wiggle around in your uterus. That’s good, because your baby’s gaining weight, getting stronger, and putting on some of that irresistible baby fat.

But it also means your baby can’t stretch and move quite as freely anymore. Being squeezed into an increasingly smaller space means your baby might not move as much as you’d expect. This is when your doctor might suggest doing a kick count.

A kick count is exactly what it sounds like. You pick a time of day and you count the number of times your baby kicks or move during that time frame. It’s sometimes also called a fetal movement count (FMC). You can even use an .

Typically, it’s a good idea to do a kick count at the same time each day, for the best comparison. Focus on baby’s movement, and see how long it takes to get to 10 kicks.

If your baby doesn’t kick, squirm, or poke you 10 times within an hour, you might try having a snack, changing position, and then continuing your count for another hour. If you reach 10 before the second hour is up, you and baby are good to stop the count.

But if you consistently monitor a kick count on a daily basis and then notice a day when the movements drop off, call your doctor.

There can be benign (harmless) causes of decreased movement. For example, you might have unknowingly chosen to do a kick count while your baby was napping. You might just try another time to launch a kick count when your baby seems to be more active.

But there are other more potentially serious reasons that your baby might not be moving around as much.

Your baby’s growth might have slowed down. Or there could be a problem with your baby’s placenta or with your uterus. It’s also possible that your baby’s umbilical cord could have gotten wrapped around their neck, a condition that doctors call nuchal cord.

Your doctor may want to do some further evaluation if your kick counts are showing decreased movements. A nonstress test can provide some useful information on your baby’s heart rate and movements during the third trimester.

Another option is a three-dimensional ultrasound, which can give your doctor a good look at your baby to check out their movements, as well as their growth and development to make sure they’re on track.

Eventually, you may be able to do more specific monitoring yourself at home. Researchers continue to explore the possibilities of new types of monitoring devices — like the — that may help you keep track of your baby’s movements.

How to increase movement

If you’re a little nervous and want to prod your baby to shake a leg (and bring you a little peace of mind), you can try a few different simple strategies:

Does increased or frantic movement imply labor is imminent?

While decreased movements have been linked to possible complications, the opposite isn’t necessarily true.

A 2019 study of 500 women found no association between reported excessive fetal movements in the third trimester and stillbirth or the umbilical cord wrapping around baby’s neck. However, there was a correlation between increased movements and other complications.

At this point, more research is needed to get a handle on the situation.

What that means for you: If you’re noticing that your baby is extra wiggly, it’s not necessarily a bad thing. But it doesn’t necessarily mean you’re about to go into labor, either. More predictable signs that your baby may be gearing up for an exit include:

You may also experience some of those famous Braxton-Hicks contractions, which aren’t really a sign that labor’s starting — but are a sign that your body is gearing up for labor soon.

If you’re in your third trimester and you’re worried that you’re not feeling your baby move very often, definitely try the kick count. If you monitor your baby’s kicks or movements during a particular window of time but you’re still not logging enough movements, call your doctor.

Every baby is different — even for the same woman. Your first baby may move around a lot more — or a lot less — than your second. What’s important is paying attention to patterns of your baby’s movements in utero.

And as your pregnancy progresses, those kick counts can be a good way to give yourself some peace of mind. If you notice something that sets off your internal alarm, though, don’t hesitate to call your doctor. It’s possible that some additional evaluation might be a good idea, just to rule out any possibility of complications.