Infections in Pregnancy: Hepatitis A

Medically reviewed by Modern Weng, DO on March 15, 2012 — Written by the Healthline Editorial Team

What is hepatitis A?

Hepatitis A infection occurs in random cycles. However, it has been decreasing in the United States over the past 40 years. According to the , this is partly due to the introduction of the hepatitis A vaccine in 1995.

The HAV is more widespread in overpopulated areas with poor sanitation. Also, hepatitis A infection occurs with equal frequency in pregnant women as in the general population.

What are the symptoms and consequences of hepatitis A?

Although the majority of hepatitis A cases last one to four weeks, some cases may last for several months. An infected person is most contagious just before the symptoms appear and last for the duration of the infection.

Common symptoms of hepatitis A infection include:

In the majority of patients, long-term consequences of infection don’t exist. After a person recovers they have antibodies to hepatitis A that provide lifelong immunity to the disease. However, there have been rare cases of relapsing hepatitis A within months of the initial infection. About 80 people a year die in the United States from hepatitis A infections.

People with the highest risk for hepatitis A infection are those who engage in personal contact with an infected person. Other risk factors include:

What causes hepatitis A?

The HAV is shed through the feces of infected individuals. It is spread mostly through direct person-to-person contact and exposure to contaminated water and food supplies. Hepatitis A may also be transmitted through direct blood contamination, such as sharing a needle with an infected person.

In most other types of viral hepatitis a person carries and transmits the virus without having symptoms. However, this isn’t true for hepatitis A.

Hepatitis A usually doesn’t pose a special risk to a pregnant woman or her baby. Maternal infection doesn’t result in birth defects, and a mother typically doesn’t transmit the infection to her baby.

Hepatitis A and pregnancy

However, contracting hepatitis A during pregnancy is rare. Although there is an increased risk for complications, they are usually not serious. Also, hepatitis A has not been shown to cause death in either the mother or child, and babies born to mothers with hepatitis A rarely contract it.

Hepatitis A has no cure. To prevent getting hepatitis A, try to avoid high-risk activities. Also, be sure to wash your hands after handling raw foods and after using the toilet.

A common vaccine is available for the HAV, and it is easy to get. The vaccine is administered in two injections. The second shot is given 6 to 12 months after the first.

Hepatitis A can be difficult to detect because there may be no symptoms. Be sure to get tested when you find out you’re pregnant so you can be aware of any risks to your pregnancy.

Passing hepatitis A on to your baby is rare, but it can lead to complications during pregnancy.

If you are diagnosed with hepatitis A, your doctor is required by law to notify the local public health authority. This helps to identify the source of the infection and to prevent further outbreaks of the disease.

There are several things you can do to prevent or avoid a hepatitis A infection. Avoid risky behaviors, practice good hygiene, and be sure to talk over vaccination with your doctor. 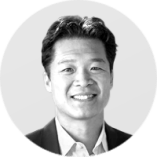 Medically reviewed by Modern Weng, DO on March 15, 2012 — Written by the Healthline Editorial Team