What Are the Effects of Group B Streptococcus (GBS) on Baby and Pregnancy?

Group B Streptococcus (also known as group B strep or GBS) is a common bacterium found in the rectum, digestive tract, and urinary tract of men and women. It’s also found in a woman’s vagina.

GBS generally doesn’t create any health problems for adults (in fact, many don’t even know they have it), but GBS can cause serious infections in newborns. According to the March of Dimes, about 25 percent of pregnant women carry GBS, although they usually don’t have any symptoms.

Testing for GBS is common in pregnancy. The test, which involves swabbing the vagina and rectum, is usually done between weeks 35 and 37 of pregnancy. Read on to learn more about the effects of GBS on pregnancy and your baby.

Most pregnant women who carry GBS do not have symptoms, and their babies develop normally. While having GBS won’t classify your pregnancy as “high risk,” GBS does increase a pregnant woman’s chances of developing:

GBS also increases your risk of developing an infection of the placenta and amniotic fluid. The placenta is an organ that develops during pregnancy to give your baby oxygen and nutrients. Amniotic fluid surrounds and cushions your growing baby in the uterus.

These conditions can put you at an increased risk for delivering your baby early, called preterm birth.

Being GBS positive should not affect when or how you deliver or the speed of your labor.

However, if you’ve tested positive for GBS, your doctor will order an IV antibiotic during your labor to reduce the risk of passing GBS to your baby. The IV allows the medication to flow into your vein from a needle inserted into your arm.

If you know you’re GBS positive, don’t delay getting to the hospital once your water breaks or your labor starts. To be most effective, you should receive the antibiotic, usually penicillin, for before you deliver.

If you are GBS positive and have a scheduled C-section, talk to your doctor about recommended antibiotic treatment. Infection generally occurs as a baby travels through the birth canal, so if your water has not ruptured and you are not in labor, your doctor may not give treatment for GBS.

However, antibiotics are typically given to patients having major surgery, including C-sections, to prevent infections. So, your doctor may use antibiotics during your C-section that also treat GBS.

If you go into labor prematurely and have not had the GBS test, your doctor may order an antibiotic, just to be safe.

Effects on the baby

Because of their underdeveloped immune systems, GBS can be life-threatening to newborns, especially to premature infants. According to the Centers for Disease Control and Prevention, GBS may be fatal in up to of babies who are infected.

Early-onset GBS occurs in the first week of life, usually in the first day. About 75 percent of babies who develop GBS get it with an early onset.

Symptoms of early-onset GBS may include:

Late-onset GBS is quite rare. It occurs in the first week to three months of life. Late-onset GBS is most likely to produce meningitis, an inflammation around the brain, which may lead to cerebral palsy, hearing loss, or death.

Late-onset GBS is not always passed from a mother to the infant. For reasons that aren’t fully known, only about half of babies with late-onset GBS have mothers who have tested positive for the bacterium.

No. While GBS may live in the reproductive tract (among other places), it’s not a sexually transmitted disease (STD).

Unlike other bacteria, you can’t “catch” GBS from another person, either by touching, sharing items, or having sex. It lives in the body naturally. In some people it can be long lasting, while in others it’s short lived.

Yes. If your baby tests positive for GBS, they’ll be given IV antibiotics. But the best treatment is prevention.

In good news, early-onset GBS has in babies between the early 1990s and 2010, when the widespread onset of late-pregnancy testing and the use of antibiotics in GBS-positive women during labor.

This decline is believed to have occurred as a result of doctors waiting until labor to administer antibiotics instead of administering them earlier in pregnancy following a positive GBS test. Waiting until labor is preferred because the bacterium may clear and then return before delivery.

How to prevent GBS

The only way to help protect your baby from a GBS infection if you are positive for the bacterium is to have antibiotics during labor.

If you have a GBS infection and you don’t have antibiotic treatment, there’s a chance that your baby may contract the infection. In cases where an antibiotic has been administered during labor, the chances of a baby developing GBS decrease to just 1 in 4,000.

Your baby may be at increased risk for GBS if:

The following will not help prevent GBS:

If you had a GBS infection in one pregnancy, you have a good chance of having it in another.

In a 2013 study with 158 participants, of the women who had GBS in one pregnancy had it in a subsequent one. This was a small-scale study. It’s important to remember that not all babies develop GBS, even if their mothers test positive for it.

If you had GBS in a previous pregnancy and your baby became infected, you will be given antibiotics during labor despite results from a current GBS test.

GBS is a common bacterium that can be passed on to babies from their mothers during a vaginal birth. While it’s rare for this to happen, when it does, it can cause life-threatening problems for the baby.

To help protect your baby from any possible infection, your doctor will test you for GBS. If you test positive, you’ll be given antibiotics during labor. 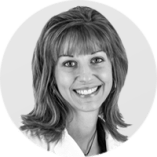