I asked my mom to bring old towels. She came over to help, babysit my 18-month-old, and make food. Mostly she came to wait.

I took the pill the night before, as the OB-GYN doctor advised. And I put another in my vagina. And then I went to bed. And waited.

The pill was RU486 — the morning-after pill. It was prescribed after I had multiple sonograms showing “genetic material” floating around in my uterus.

What happened next started, as I look back on it now, with an instinct. Something wasn’t right, and I couldn’t say why.

But by five weeks, I knew. I don’t know how. Things just felt off. I told no one and went to a clinic where they do free sonograms. At this clinic, mostly what they did was counseling and abortions.

In this waiting room, the air was heavy, the faces intent. An older teen. A woman in her mid-30s. Men, parents, friends.

My turn came. The screen was gray. There appeared to be a blob. Two people in their 20s came in. No one seemed sure what they were looking at.

From my car in the parking lot, I called my midwife, who suggested a blood test, which I did immediately.

Life moved on. I told my mom I was pregnant. I told two of my closest friends. I went to work.

On a Friday afternoon, my son and I were walking barefoot in the grass when my phone rang. The birth center called to say my FSH levels were dropping and not where they should be at almost six weeks pregnant. “I’m sorry,” the midwife said.

Days later, doctors confirmed it. “Genetic material” was on the screen. I knew what we didn’t see. No pulsing dot of a heartbeat. No tiny lima bean.

What do we do?

Still, I didn’t feel loss. How do we resolve this “genetic material” in my uterus?

“Let’s try the pills.” So we did. I timed it to take the pill on a Wednesday night. Thursday was my day off.

That morning, I felt cramps, felt like I had to pee. I got off the toilet and moved toward the sink.

One step and a release.

Thick blood. Gooey. And I was reaching for the old towels. I got them in time to catch the second glob — like it had bloody layers. There was blood on the concrete floor and a drop on the beige bathroom rug.

We waited throughout the morning and more of the same as my body emptied the “genetic material.” With every release, I felt like we were closer to this being over.

It was like having all of the periods for a year in one morning.

At the OB-GYN appointment the next day, we looked at another round of sonograms. Some “genetic material” was still clinging to my insides.

I was one of the 3 percent of women that RU486 doesn’t work for.

The answer was a D and C. I knew this is how some people described an abortion. But hadn’t we already done that?

The procedure involves dilation of the cervix to widen and allow instruments into the uterus, and the curettage — scraping the walls of the uterus.

Another Thursday, another procedure. This one was outpatient at the hospital. My mom and I were late. My husband parked the car. The nurses were overly nice. I wondered if they thought I was getting an abortion, or having a miscarriage?

The anesthesiologist had a USC lanyard on as he came to speak with me. I remember being wheeled into the room and it was freezing. When I woke up, I got ice chips and wanted socks and my blue sweats on.

My husband drove us home as I listened to work voicemails and tried not to seem loopy.

“I’m not pregnant anymore,” I told my two close friends, careful not to say the word miscarriage.

It’s odd that the drawn out miscarriage left little time to mourn. I was so intent on moving through it: the appointments, the procedures, and the sonograms. I didn’t seek quiet or a goodbye.

I’m still not sure how this fits in my life. I’ve still not completely dealt with it and harbor some anger toward the friend who said, “We lost our girl. That was your girl.”

If you are touched in any way by miscarriage, know this: First, it happened, and it mattered.

Honor that. Stop. Mourn. Reflect. Write it down. Share. Talk. Give the date and name and place. Learning that you’re pregnant brings a wave of emotions and expectations.

Learning that you’re not brings an even bigger wave. Don’t turn away. Don’t rush to the next thing.

After a 22-year career as a newspaper reporter and editor, Shannon Conner now teaches journalism in the Sonoran Desert. She likes to make aguas frescas and corn tortillas with her sons and she relishes CrossFit/happy hour dates with her husband. 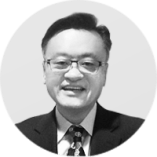