Breastfeeding After Breast Reduction: What I Wish I Had Known 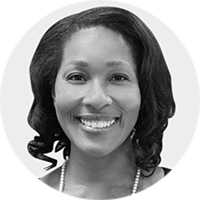 Getting a breast reduction was the right choice for me, but I never imagined how that choice would come into play years later.

When I was 19 years old, I had a breast reduction.

The plastic surgeon took off a total of 3 1/2 pounds off my chest and created more manageable C+ breasts. I chose a reduction for mostly vanity reasons, but I hoped to lessen the developing “widow’s hump” and shoulder strain.

During the planning stages, the surgeon told me I would have a 50 percent chance of being able to breastfeed. It was a toss-away comment without substantial science behind it. But it probably wouldn’t have mattered what the stats were; I was a teenager who was mildly repulsed by the idea of breastfeeding.

My self-centered teen self would have been shocked at how that decision came to haunt me when I struggled with breastfeeding my first child.

Fast forward 11 years after my surgery and I was holding my crying newborn. My milk had come in, but not much of it was coming out. I had told every doctor, nurse, and lactation consultant that I had a prior breast reduction, but nobody had specific ideas on how to help. They tried different holds, nipple shields, and mumbled something about fenugreek.

I pumped minuscule amounts and mixed formula in large ones.

Breastfeeding was a failure. I had chosen to have plastic surgery, and now my son and I were both living with the consequences.

Breast reductions are not uncommon. Almost women have breast reductions every year. Breastfeeding after reduction even has its own acronym — BFAR. And there are enough women who try it to spawn a BFAR support website and Facebook group.

But there is also a lot of misinformation and ignorance of the challenges that BFAR women face. There are very few studies on how breast surgery affects breastfeeding.

There are different types of reduction surgery. Women who want to breastfeed should ask their surgeon if the nipple will be removed completely or just moved. The more of the nipple and milk ducts that were left attached, the that breastfeeding will work. Amazingly, severed milk ducts can reattach, but it can affect how much milk is produced.

Breastfeeding works on a feedback loop between nerves, hormones, and ducts. Any damage to this loop can affect how much milk is produced and delivered to the baby.

But the good news is that the nerves can relearn their job, and ducts can start to work after a baby is born. As soon as your baby is born, emptying your breasts and letting them refill is very important to encourage the recanalization of the nerves.

When I was pregnant with my second child, I was much more proactive. I interviewed lactation consultants while pregnant until I found someone who had experience with breastfeeding after a reduction. She came over every day for the first week. When it was clear that my son was not gaining enough weight on day seven, she cracked open the can of formula and showed me how to finger feed him.

Breastfeeding doesn’t need to be all or nothing

Like most BFARs, I had low milk supply. The feedback system between the milk production and the milk delivery system was slow and unpredictable. With my second child, I pumped for the first month, took blessed thistle and fenugreek, and did breast compressions while I was nursing.

I also took domperidone, a prescription drug that increases milk supply. Domperidone is not or available in the United States but has been available in Canada (where I live) for 20 years. But even with all this, I still did not make enough milk to feed my baby breast milk exclusively.

To make sure my baby was getting enough milk, I always tube fed at the breast.

Tube feeding is easier than it sounds, especially with an easy baby, which luckily, described my second child. First, you latch the baby onto your breast, and then you slip a tiny tube that is sitting in some formula into their mouth (either in a bottle or in a lactation system). As the baby sucks, they get both formula and breast milk.

It’s impossible to know how much breast milk my son received, but we guesstimate that his intake was about 40 percent breast milk. Once my son started solids at 6 months, I was able to drop the tube and nurse him on demand.

One of the amazing things about the human body is that the milk supply increases with each pregnancy. When I had my daughter 3 years later, I did not need to supplement her with formula at all, although I took domperidone daily.

Success doesn’t look the same for everyone

Looking back on the experience, I still see my success with my second child as the true victory. I couldn’t have done it without a supportive partner, a knowledgeable lactation consultant, and a pediatrician who trusted me and was willing to be flexible.

If you are considering breastfeeding after breast surgery:

You may have to define what success looks like in a different way than you want, and that can be painful. Acknowledge what your limits are. Being a new mom is difficult enough without also trying to overcome physical limitations to nursing. Breastfeeding can be a wonderful thing, but it’s also possible to have the skin-to-skin contact and lots of nourishing feeding interactions while bottle feeding.

Now that my kids are older, I know that the dichotomies between breastfeeding and formula, and good mother versus bad mother are false. There are no health variations between my three kids and their different feeding methods. No one remembers or cares if your adolescent was formula fed. Successfully breastfeeding my kids has given me satisfaction, but it is just one more thing in the beautiful mix of being a mother.

Emma Waverman is a freelance journalist living in Toronto with her three kids, husband, and noisy dog. Her food and lifestyle writing can be found in magazines, newspapers, and all over the internet. She is the co-author of the best-selling family cookbook “Whining and Dining: Mealtime Survival for Picky Eaters and Families Who Love Them.” Follow her adventures and typos on Instagram and Twitter at @emmawaverman.