Is Adderall Safe During Pregnancy?

As much as pregnancy is a time of excitement and expectation, sometimes it feels like it comes with a lot of don’ts: Don’t drink alcohol, don’t eat sushi (myth: busted), don’t take a dip in the hot tub (even though it would feel sooooo good). When you’re newly pregnant, you may wonder if “don’t take your medication” is on the list, too.

While there are many meds you can continue to take during your 9 months of baby-growing, one that’s not generally considered safe is Adderall, the medication used to treat attention deficit hyperactivity disorder (ADHD).

Here’s a look at why your doctor may recommend you stop taking Adderall during pregnancy, the risks it may pose, and alternative treatment options for managing ADHD.

If you’re already on Adderall, you probably know that this drug is used to help those with ADHD maintain focus. (It’s also a treatment for narcolepsy.) But how does it actually work?

Adderall is a combination of two different drugs: amphetamine and dextroamphetamine. These two drugs work in tandem to stimulate the central nervous system and increase the availability of the neurotransmitters norepinephrine and dopamine in your brain.

Though it may sound counterintuitive to take a stimulant when ADHD already makes your mind race a mile a minute, stimulating these particular neurotransmitters actually helps regulate attention and improve focus.

Adderall can be highly effective. One small from 2001 found that people who took it experienced a 42 percent average decrease in ADHD symptoms.

However, it does come with some drawbacks — whether you’re pregnant or not. Side effects may include:

There’s also a risk of developing an addiction to Adderall.

Safety of Adderall during pregnancy

Adderall can be a godsend for relieving your ADHD symptoms — so feel free to give a “woohoo!” for modern medicine. But as effective as it may be when there’s no bun in your oven, the general consensus in the medical community is that Adderall and pregnancy shouldn’t mix.

Adderall stimulates the nervous system, and besides the unpleasant side effects listed above, it also increases the risk of psychosis, heart attack, stroke, and even death. These risks are serious all on their own, but even more so when the lives of both mother and baby are at stake.

Despite this general guidance, though, there may be certain situations where taking Adderall during pregnancy could be the best choice. “Given the side effects, a pregnant woman would only take Adderall if the benefits outweighed the risks to the baby,” explains Dr. Sherry A. Ross, an OB-GYN at Providence Saint John’s Medical Center in Santa Monica, California.

“If a pregnant woman was unable to care for herself or her growing baby due to severe and disruptive ADHD symptoms, she may be prescribed Adderall for the benefits to her and, ultimately, her baby.”

Exceptions during pregnancy aside, if you’re planning to breastfeed, you’ll need to continue to stay off of Adderall — it’s not recommended for nursing mothers. Since the drug can pass through breast milk, it may cause undesirable symptoms in your baby, such as:

Though it’s easy to think of Adderall as an everyday treatment for a common condition, it’s important to remember that this medication is a highly powerful stimulant. Like any controlled substance, it should be used with extreme care, in pregnancy or otherwise.

One 2018 study found that Adderall use in pregnancy more than doubled between 1998 and 2011 — revealing that many people may not understand its risks during these critical 9 months. Bottom line: Talk to your doctor.

Truth be told, scientists don’t know as much as you might expect about Adderall’s exact effects on pregnant mothers and their growing babies.

Here’s the thing: It’s tricky to do research on exactly how medications affect babies in utero. No one wants to conduct studies based on exposing pregnant women to potentially harmful drugs. This is why most studies on Adderall and pregnancy have been done on animals.

That said, according to the , animal studies show that Adderall may increase the risk of congenital abnormalities involving the limbs or digestive tract. (However, the CDC describes these risks as “very low.”)

Dr. Ross notes that there are other uncertainties to consider, too. “Babies born to mothers taking Adderall in pregnancy are at increased risk of premature delivery, low birth weight, and withdrawal symptoms including agitation, dysphoria, laziness, and poor feeding and growth.”

On the plus side, a of eight studies on pregnant mothers using Adderall found that the drug did not appear to be associated with adverse outcomes in moms or babies. Clearly, more research is needed to conclusively pin down Adderall’s effects during pregnancy.

No doubt, it can be a serious bummer to learn that your go-to med for ADHD is off the table during your pregnancy. (And it doesn’t help that other drugs like Ritalin and Vyvanse are considered risky, too.) So what can you do when conventional drug treatment isn’t an option?

Fortunately, you do have choices. Your doctor may refer you to a counselor or psychologist who can use talk therapy to help you develop skills for managing ADHD symptoms.

You might also experiment with various relaxation techniques like yoga, massage, or meditation. One small showed that people with ADHD who practiced mindfulness meditation saw improvement in emotional regulation.

Exercise can be another low-risk prescription for pregnant women with ADHD. A showed people with ADHD had better reaction times and made fewer errors on tests when they engaged in physical activity.

Consult your doctor about what types of exercise might be safe for you during pregnancy.

Some people with ADHD also benefit from antidepressants, specifically the tricyclic variety, which are believed to stimulate norepinephrine in the brain. As a treatment alternative, your provider may prescribe an antidepressant that’s compatible with pregnancy.

Finally, it’s possible that your doctor may decide the benefits of staying on Adderall are greater than the risks of going off of it. If this is the case, you may simply end up with more tests and scans throughout your pregnancy to make sure baby is healthy and growing appropriately.

Getting pregnant on Adderall

Adderall isn’t recommended when you’re “on the nest,” but what about when you’re trying to conceive? Some women claim that taking Adderall has actually helped them get pregnant — but these claims aren’t supported by evidence.

If anything, the research leans toward Adderall reducing your fertility. A of 17 animal studies concluded that ADHD meds impaired reproduction. (Again, because of the risk of potential harm, there’s a lack of human research on the subject.)

In general, recommendations around Adderall and trying to conceive are the same as during pregnancy. “I always advise a patient with ADHD to get off Adderall before she attempts to get pregnant,” says Dr. Ross. “Since Adderall is a category C medication, it can be used prior to getting pregnant only if the benefits to the mom outweigh the risks to the baby.”

Note: “Category C” refers to a pre-2015 FDA classification system in which C indicated that the medication had shown adverse effects in animal studies and that no “adequate and well-controlled” studies had been performed on humans. Some doctors still refer to this system.

When you have ADHD, knowing what’s best for both you and your growing baby is sometimes a tough call. There’s a delicate balance of keeping your child safe while attending to your own mental health.

Though Adderall is probably not the best choice for most pregnant women, there may be strong enough reasons to stay on it. If you have ADHD and are unsure about taking your meds while pregnant, have a heart-to-heart with your doctor.

And if you’re struggling with a dependency on Adderall, know that you’re not alone and there’s no shame in it. Take action as soon as possible. The Substance Abuse and Mental Health Administration’s helpline is a free, confidential resource that offers 24/7 help every day of the year. 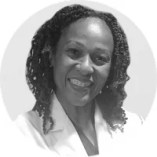