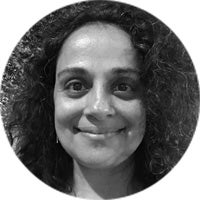 Pleurodynia is a contagious viral infection that causes flu-like symptoms that are accompanied by pain in the chest or abdomen. You may also see pleurodynia referred to as Bornholm disease, epidemic pleurodynia, or epidemic myalgia.

Read on to learn more about pleurodynia, what causes it, and how it’s treated.

The symptoms of pleurodynia develop a few days after exposure to the virus and can come on suddenly. The illness typically only last a few days. However, sometimes symptoms may last up to three weeks or come and go for several weeks before clearing up.

The main symptom of pleurodynia is severe pain in the chest or upper abdomen. This pain often occurs on only side of the body. It can be intermittent, occurring in bouts that can last between 15 and 30 minutes. During the time between bouts, you may feel a dull aching sensation.

The pain associated with pleurodynia can feel sharp or stabbing and may get worse when you breathe in deeply, cough, or move. In some cases, the pain may make breathing difficult. The affected area may also feel tender.

Other symptoms of pleurodynia can include:

You should always seek prompt medical attention if you experience sudden or severe chest pain. The symptoms of pleurodynia are similar to those of other heart conditions, such as pericarditis, and it’s important to get a correct diagnosis so you can get the treatment you need.

Since pleurodynia can cause potentially serious illness in newborn babies, see your doctor if you have a newborn or are in the late stages of your pregnancy and believe you’ve been exposed.

Pleurodynia can be caused by several different types of viruses, including:

It’s thought that these viruses cause the muscles in the chest and upper abdomen to become inflamed, which leads to the pain that’s characteristic of pleurodynia.

The viruses that cause pleurodynia are part of a viral group called enteroviruses, which is a very diverse group of viruses. Some examples of other illnesses that are also caused by enteroviruses include polio and hand, foot, and mouth disease.

These viruses are very contagious, meaning that they can be easily spread from person to person. It’s possible to become infected in the following ways:

Since the virus spreads so easily from person to person, outbreaks can often occur in crowded environments such as schools and child-care facilities.

Your doctor can diagnose pleurodynia based off of your symptoms, particularly if there’s an outbreak currently occurring in your area.

Since the main symptom of pleurodynia is pain in the chest, additional testing may be required to rule out other potential causes such as conditions of the heart or lungs.

A definitive diagnosis of pleurodynia is important for suspected cases in babies or pregnant women. There are methods available for identifying the viruses that cause pleurodynia. These can include culturing methods or blood tests to detect antibodies to the virus.

Since pleurodynia is caused by a viral infection, it can’t be treated with medications such as antibiotics. Treatment is instead focused on symptom relief.

If you have pleurodynia, you can take over-the-counter pain medication such as acetaminophen (Tylenol) or ibuprofen (Motrin, Advil) to help ease pain. Remember that you should never give aspirin to children, as this can cause a severe condition called Reye’s syndrome.

Newborn babies are at risk for developing severe illness due to pleurodynia. If it’s suspected that your baby has been exposed, treatment with immunoglobulin is recommended. Immunoglobulin is purified from blood and contains antibodies that help to fight the infection and make it less severe.

Most healthy individuals recover from pleurodynia without any complications. Typically, the illness lasts several days. In some cases, it may last for several weeks before clearing.

Pleurodynia can be severe in newborn babies, so you should always seek medical attention if you have a newborn or are in the later stages of your pregnancy and believe you’ve been exposed.

Although complications due to pleurodynia are rare, they can include:

There’s currently no vaccine available for the viruses that cause pleurodynia.

You can help to prevent becoming infected by avoiding the sharing of personal items and by practicing good hygiene. Wash your hands frequently, particularly in the following situations: