You talk period cramps and how you’re PMS-ing with friends. Chances are you’ve even bonded with a random stranger in a public restroom over the woes of forgetting to stash a menstrual product in your bag before heading out.

It’s easy to get real about periods, but it doesn’t get any more real than period farts. Yes, period farts. We know they’re a thing. You do, too. It’s time we talked about them.

Being especially gassy on your period is common, and so is that smell. That smell that causes you to blush at the realization that something so dank could possibly come out of your body.

Gas before your period as well as during is usually caused by fluctuations in hormones, particularly estrogen and progesterone.

Rising hormone levels in the days leading up to your period can do a number on your stomach and small intestine. These higher levels of estrogen cause gas, constipation, and trapped air and gas in your intestinal tract.

Right before your period starts, the cells in the lining of your uterus produce prostaglandins. These are fatty acids that function much like hormones.

Prostaglandins help your uterus contract to shed its lining every month. If your body produces too many, the excess prostaglandins enter your bloodstream and cause other smooth muscles in your body to contract — including those in your bowels.

This can lead to flatulence and changes in your bowel habits, which is fancy talk for period farts and the dreaded period poops.

It may be a symptom of something else, too

Gas and other gastrointestinal (GI) issues during certain stages of your menstrual cycle are pretty common.

But in some cases, they may be a sign of an underlying condition.

IBS is a common condition of the large intestine that causes:

Several have found that IBS symptoms, including gas, are worse during your period. People with IBS also tend to have more intense period-related symptoms, like severe cramps and heavy periods.

Like IBS symptoms, endometriosis symptoms also tend to worsen during your period. These symptoms include:

Why they smell so bad

The smell. Oh, the smell.

There are a few reasons why period farts smell have such a… unique scent. The main reason being that your gut bacteria change during your period, which can make flatulence extra fragrant.

The food you eat also contributes to the smell. But it’s not all your fault that you want to — and maybe do — eat all the junk when on your period.

Period cravings are very real. There’s evidence that high progesterone levels related to your period trigger compulsive eating and dissatisfaction with your body. Together, these can make it hard to muster the energy to care about what you’re eating.

Reaching for dairy, starchy carbs, and sweets change the smell of your farts for the worse and can cause constipation.

Speaking of constipation, the buildup of poop can cause bacteria and odor to develop, too, making for some even smellier toots.

What you can do

Farting is a biological process that we can’t really get away from. Even smelly farts are pretty normal. This doesn’t mean you’re destined to clear a room for three to eight days every month until menopause, though.

Put a cork in it

Here are a few ways to put a kibosh on period farts, or at least make them less smelly:

Farting is totally natural. We promise you’re not the only one experiencing some seriously funky farts during your period.

A few tweaks to your diet and lifestyle that are good for your health anyway may be all you need to put an end to period farts.

Speak to your healthcare provider about medical options, like birth control pills, if you’re experiencing other symptoms that may indicate an underlying condition. 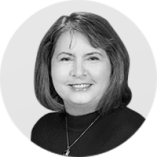