Medically reviewed by University of Illinois on June 15, 2016 — Written by Daniela Ginta

Sometimes as soon as their 1st birthday, but mostly between their second and third years of life, you’ll notice your toddler playing happily alongside other kids their age.

You’ll see it on the playground, during family gatherings, or maybe at day care. You may notice them making few if any attempts to actually play together. That’s called parallel playing and it’s both a normal and important step in your child’s development.

At first your baby watches adults and other children do things, and they will often mimic, or copy, behaviors. Then they use those observations during solitary play. Next comes parallel play, where your child simply plays on their own while observing and being near others.

Parallel playing may seem self-centered, yet there are many benefits for your toddler.

As your toddler sits and minds their own playing, they will also be listening and learning words from nearby children or adults. Sometimes they may peek and see a toy or an action being called a certain word. They’ll add to their vocabulary and surprise you with it later.

Play is a highly imaginative pursuit that engages body and mind. Whether toddlers simply repeat an activity many times or experiment with something new they picked up during parallel play, it’s all part of learning and growing up. There’s no right or wrong way of playing. Keep in mind that what looks simple to you can be a challenging thing for little hands that are learning fine-tuning moves. Also, a simple action by a child may have a complicated imaginative component behind it.

3. Freedom to express their desires and feelings

During parallel play your little one learns more than just how a toy rolls, falls down, or moves when pushed. They are also using everything they can get their hands on, including toys, their own hands, and even dirt and sticks, to express feelings. They range from joy to fear to frustration or simple silliness, and are mostly based on what they experience in real life.

By observing them play, you may get a glimpse into how their mind works at this young age and better understand their budding personality.

Parallel play doesn’t mean isolation. Your child is exactly where they should be: in their own world, which is situated in the middle of the bigger world they have yet to figure out. By observing other children interact, your child gets a glimpse into social interaction. These observations will be put to good use when the time comes where they are developmentally ready for group play.

Interactions can be positive (children being nice to each other) or negative (one child pushes another or grabs a toy). There’s something to learn from both.

Don’t expect your children of this age to sit quietly and play without ever eyeing the others’ toys. It’s the age when their minds take some big leaps in terms of development when they learn to assert themselves. Learning the word and concept “mine” is an important step in understanding boundaries. Allow them to say “mine” to protect what’s theirs, but help them understand that toys brought to a common area can be safely shared without fear of being taken away.

If your toddler is unusually possessive of their toys, practice sharing at home so they’ll feel more trusting of their peers when playing alongside each other.

Babies are social creatures who depend on interacting with their caregivers first of all, and other people as they get to know more of their surrounding world. They take cues from their parents and they also learn by exploring on their own at their own pace, parallel play included.

Proper cognitive development and harmonious social behavior happen when your baby gets enough of both. There is a time and place for solitary, parallel, and associative or cooperative play. Some young children may continue to play by themselves even when playmates are available. That’s perfectly normal, even during preschool years.

Solitary play in older children is considered normal. It should be seen as a worthy educational pursuit, as long as there is a good balance between playing together and playing alone.

If your child is too timid to play with other children at an age when they should, it can be a sign of anxiety. Practice playing together at home, and start in small settings where there may only be one or two other children.

One of the best things you can do for your baby from the very beginning is to talk to them while engaging in regular daily activities like walking, shopping, chatting with people, gardening, or other activities around the house.

In fact, parents play an important role by simply allowing their children to tag along and learn by seeing and being talked to. Their brains are rapidly observing everything in their environment, so make sure you are setting good examples in what you say and do. Don’t feel bad when time does not always allow for specific playing time with your children. Being present as you do things and learning alongside others is a great and useful experience for them.

Today, children are growing up with lots of information coming their way through various channels. While they may be very attracted to electronic gadgets, it’s important to keep them as technology-free as possible during the first few years of life. Encourage playing, by themselves, alongside their peers, with peers, and also with you! It is important for language and social development.

Playing helps children learn while having fun. But most importantly, it allows them to learn at a pace that’s most comfortable to them: their own. Complement learning through play with lots of physical activity and plenty of snuggling and reading too! 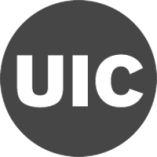 Medically reviewed by University of Illinois on June 15, 2016 — Written by Daniela Ginta