Why Is My Newborn Sneezing So Much?

Written by Chaunie Brusie on December 7, 2018

When you’re a new parent, it can feel completely overwhelming to try to figure out when your baby is acting normal, and when something is wrong.

Every last sniffle, sound, and sneeze can make you stop and wonder if something is wrong with your baby. Is the baby cold? Do they have a cold? Did that person with a cold sneeze on my baby and that’s why they’re sneezing? Is there such a thing as too many sneezes?

Worry not, fellow parents of a newborn who sneezes: We’ll get to the bottom of this.

What causes the sneezing?

There are quite a few reasons why your newborn might be sneezing a lot.

The Cleveland Clinic reassures nervous parents everywhere that it’s completely common for newborns to sneeze, along with spit up, yawn, gurgle, hiccup, and burp.

Sneezing in infants is a reflex just like it is with adults. The reflex occurs when the nasal passages are irritated.

Unlike a lot of other reflexes like the startle reflex or the Moro reflex, the sneezing reflex is one that sticks around as the baby grows and into adulthood. Everyone needs to sneeze every now and then.

Primarily, newborns sneeze a lot because they have to. Newborns have smaller nasal passages than adults and may have to literally clear their noses more often than adults do, since they can get clogged more easily.

They sneeze to get rid of anything from breast milk to mucus, smoke, and even dust bunnies in the air. You can help your baby by never smoking around them.

Newborns also breathe through their mouths as part of their development. This can sometimes contribute to the sneezing since they’re still adjusting to breathing through the nose.

More than just a sneeze

That said, for newborn babies, sneezing can actually be more than just sneezing. If your newborn is sneezing a lot, it doesn’t necessarily mean they’re coming down with a cold.

Babies use sneezing as a natural defense system against the billions of germs they’re greeted with during their introduction to the world. Think of how hard their little immune systems must have to work in meeting great aunt Mildred and the neighbors and that over-zealous grandma at the grocery store.

That’s a lot of germs to be introduced in a very short span of time. So sneezing is just one way that newborns can try to protect themselves in our germy world.

The sneezing clears out germs and particles that might be trying to infiltrate the baby’s system through the nasal passages before they can get inside and make your baby sick.

Sneezing isn’t always just a normal sign of a healthy newborn. Of course, newborns can also simply get sick. Frequent sneezing in a newborn could be one sign of a respiratory infection.

You should get your newborn checked out by your doctor right away if your newborn is sneezing frequently and has any of these additional symptoms:

In some cases, excessive sneezing in newborns can be one of the signs of a condition called neonatal abstinence syndrome (NAS). This occurs when a mother has abused addictive opiate drugs during her pregnancy.

Symptoms of the syndrome, in addition to sneezing, can include nasal stuffiness, unsustained suck, tremor, and abnormal nipple latch.

If a baby has NAS, they’re essentially experiencing withdrawal syndromes from the drug or drugs that the mother used during her pregnancy. Some of the most commonly abused substances include alcohol, heroin, and methadone.

One of the signs of heroin withdrawal, for example, is excessive sneezing. Doctors are sometimes taught to use a scoring system to look for signs of NAS in a baby with known drug exposure. One of the signs they look for is sneezing three to four times in a row within a 30-minute timespan.

Sneezing in newborns is normal. Even if it seems excessive to you, it’s probably normal since babies tend to sneeze more than adults.

However, if your baby is showing other symptoms like a runny nose or fever, they might be sick. Talk to your doctor if you think your baby might have a cold or other infection. 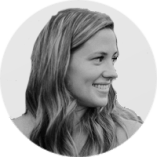 Written by Chaunie Brusie on December 7, 2018