Whether you’re concerned about the lack of diversity in your child’s reading list or want to ensure that they see themselves reflected in the books they consume, finding books with Black protagonists is an important goal that everyone should embrace.

When children of color feel represented, their hopes, dreams, and goals feel attainable. When white children are immersed in stories (whether biographical or fantasy) where minorities like African Americans take the lead, it helps them understand that creating a world that elevates all voices doesn’t mean they’re losing out on their chance to share in the conversation. It’s a win-win if there ever was one.

With that in mind, we’re rounding up some of the top children’s books for children — from babies to tweens — that represent and celebrate Black boys and girls. Many of these books teach universal lessons, help parents tackle tough topics like racism and diversity, and are also full of fun stories that any child will enjoy.

With each suggested book below, we’ve linked to independent, Black-owned booksellers that ship books — namely Washington D.C.’s Loyalty Bookstores and MahoganyBooks, and the Bay Area’s Ashay By The Bay — as well as BlackBabybooks.com.

Or, if you’d like to find a store in your area to support, check out Indie Bound’s bookstore finder.

Best for babies and toddlers 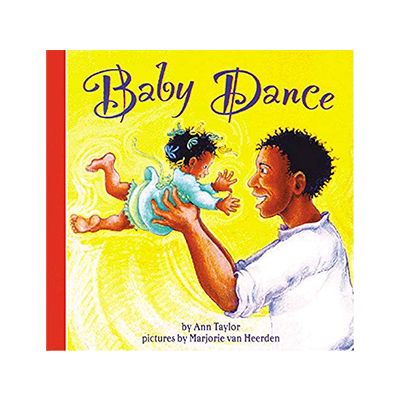 When you’re picking stories with Black lead characters, it’s important to choose diverse plots. Not everything needs to focus on slavery, racism, and inequality all the time — the Black experience is not a limited one!

This lighthearted book focuses on the relationship between a father and his baby girl, and how he soothes her when she’s fussy. The rhythmic words from the poet Ann Taylor will delight children just as much as the full-color illustrations. 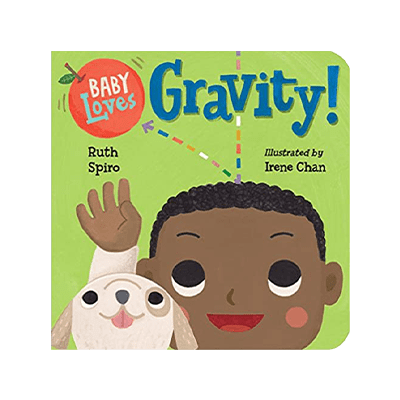 “Baby Loves Gravity!” by Ruth Sprio is a fun entry in the “Baby Loves Science” series. Although we never learn the baby’s name, a little Black boy and his faithful puppy companion help you teach complex concepts like gravity to toddlers. Your children will love the bright illustrations (and you’ll love creating the fun sound effects). 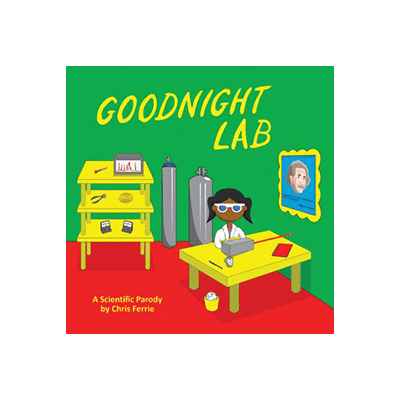 If you love “Goodnight Moon” you’ll appreciate Chris Ferrie’s scientific twist on a classic tale. Instead of focusing on a little bunny saying goodnight to everything in their bedroom, this time we see a scientist saying goodnight to all the equipment in her lab.

The full-color illustrations and simple language make this a great nighttime alternative to the classic tale that inspired this one. And parents will appreciate that the scientist is a Black woman, helping to advance diversity in STEM. 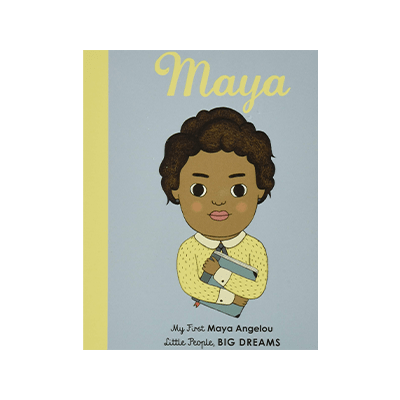 Racism is a tough topic for any parent to approach. Sometimes, using the real, lived experiences of historical figures can help to start that conversation. And especially for Black children, learning that people who looked like them were able to overcome societal obstacles can give them the courage to face tough situations in the future.

“Little People, Big Dreams” is a story series that highlights famous historical people who overcame adversity and were better for it. In this installment, you’ll learn about the poet and civil rights activist Maya Angelou.

While this biography by Lisbeth Kaiser creates an age-appropriate highlight of Angelou’s life, you’ll like how it manages to include all of her key accomplishments — including speaking at President Bill Clinton’s first inauguration. 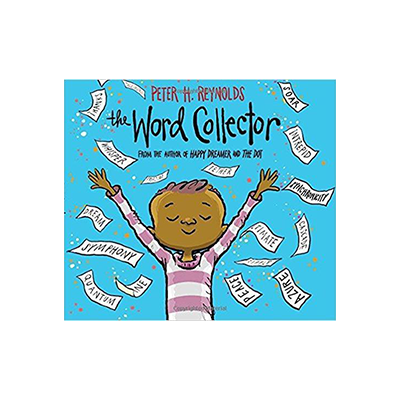 It’s somewhat of an understatement to say that toddlers and preschoolers learn new words every day. (Even words you’d rather they didn’t pick up!)

In this whimsical book by Peter H. Reynolds, you’ll follow Jerome as he travels around town collecting new words and storing them in his ever-growing set of scrapbooks. You’ll appreciate how this simple book helps teach not only new words, but that language is a powerful tool.

Crown: An Ode to the Fresh Cut 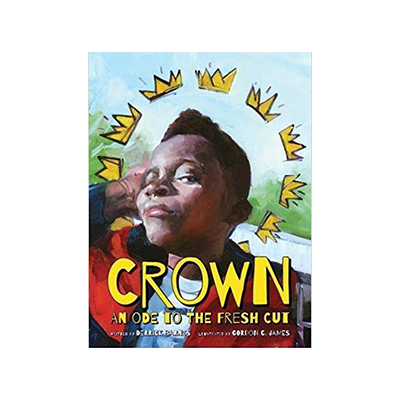 The barbershop is a historical place of solace for so many, including in the Black community. Specifically, it’s where personas are created — you may go in needing a shape-up, but you come out looking like a king.

In this rhythmic book by Derrick Barnes, you’ll read along as little Black boys are given boosts of self-esteem, confidence, and — dare we say — swagger, thanks to the trusty clippers and scissors that their favorite barbers wield with expert precision. 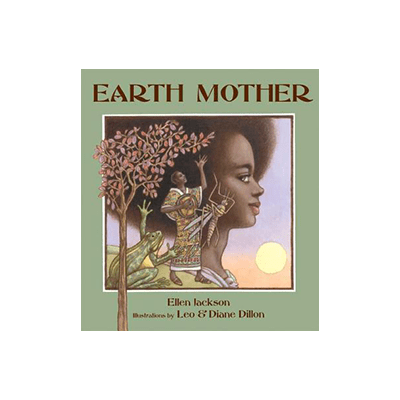 Mother Nature — or Earth Mother, whichever you prefer — takes the form of a beautiful African woman in this classic folktale about the circle of life.

Earth Mother has a special relationship with all the animals she interacts with, serving as a balancing and nurturing force throughout the world. You’ll appreciate the beautifully illustrated pages and the digestible text by Ellen Jackson that makes it easy for kindergarten and elementary-age children to understand. 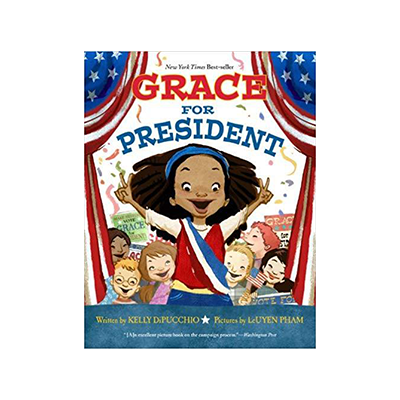 Representation matters (say it louder for the people in the back!), especially when it comes to understanding the American political system.

In this book we follow the lead character, a little Black girl named Grace, as she learns about the importance of voting. More importantly, your kiddo will start to learn how the American electoral college system works — a lesson that many adults need too.

Parents will appreciate that this book by Kelly DiPucchio breaks down a complex topic in straightforward, kid-friendly language while also generating interest in participating in one of the most important things an American citizen can do: vote.

You Should Meet Katherine Johnson 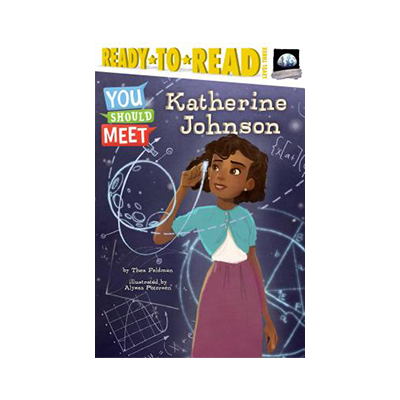 If you loved the movie “Hidden Figures” but felt it might have been a tad too advanced for young viewers, then you’ll like this installment of the “You Should Meet” series.

This simple paperback by Thea Feldman gives you a glimpse into the history of the brilliant mathematician, Katherine Johnson, whose calculations helped NASA put a man on the moon. And if your little one loves space, Ready to Read also offers “You Should Meet Mae Jemison,” the first Black female NASA astronaut. 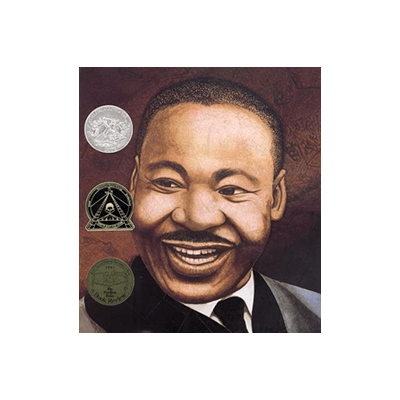 Considering that we’re still fighting for civil rights, it’s important to highlight one of the biggest driving forces behind the gains that the movement has secured to date.

In “Martin’s Big Words,” children can begin to learn about Dr. Martin Luther King Jr, the charismatic minister from Alabama who changed the world with his poignant words and unwavering strength as he fought against all odds to demand equality.

This award-winning book by Doreen Rappaport can serve as a conversation starter about race for all parents and a lead-in to discussing why we still need to have this conversation more than 50 years after Dr. King’s passing 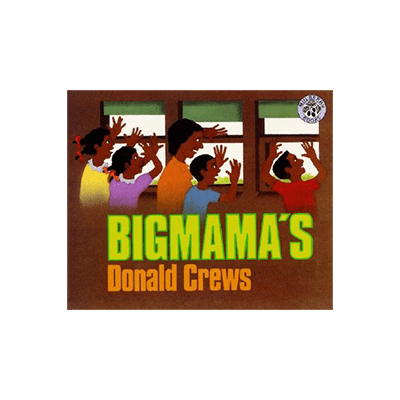 We have more in common than what divides us. In the case of this little tale, many parents can relate to the annual tradition of going away for the summer to spend time with their grandparents.

In “Bigmama’s” the author, Donald Crews, uses his personal experiences of taking the train from the city every summer to visit his Floridian grandparents. While the story — because it’s based on his memories — takes place in the 1950s, you’ll agree that time does tend to slow down when you’re on vacation. 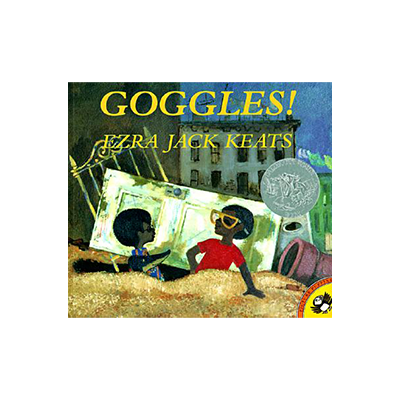 No one likes a bully! In this well-illustrated book, you’ll follow the adventures of Peter, Archie, and Peter’s dachshund, Willie, as they find an unexpected treasure in the form of old motorcycle goggles and have to protect it from some neighborhood bullies.

Parents and children alike will cheer as the trio manage to outsmart the bullies. “Goggles!” is just one in a series of books by Ezra Jack Keats about the protagonist Peter and his adventures. 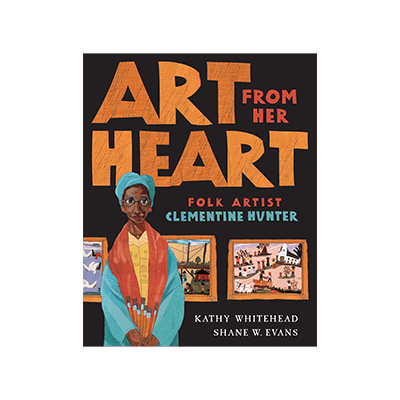 Sometimes painful scenarios can serve as the muse for beautiful art. In this book, children will learn about the American folk artist Clementine Hunter.

Born during the Reconstruction Era in the American South, Clementine Hunter’s artwork served as a snapshot of what life on the plantation was like for many Black Americans after the official end of slavery.

Ironically, even though her works were celebrated, Jim Crow laws prevented her from visiting many of the galleries that hung her art. This book by Kathy Whitehead also serves as another great conversation starter on race and Jim Crow.

Thirteen Ways of Looking at a Black Boy 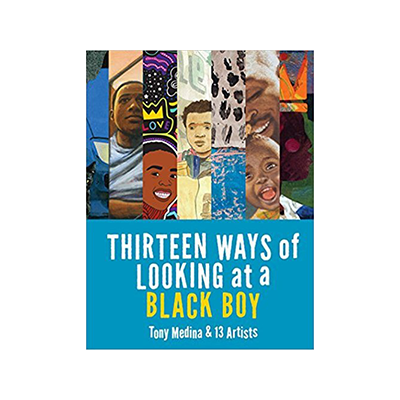 Sometimes the Black experience in the United States is often unfairly treated as a uniform one. In this book of poems, Tony Medina paints a vivid picture that drives home the reality that it’s unfair and incorrect to treat any minority as if each individual were interchangeable from another.

You’ll enjoy stories of children getting ready for church on Sundays, making aspirations for what they want to be when they grow up, and other slices of daily life. 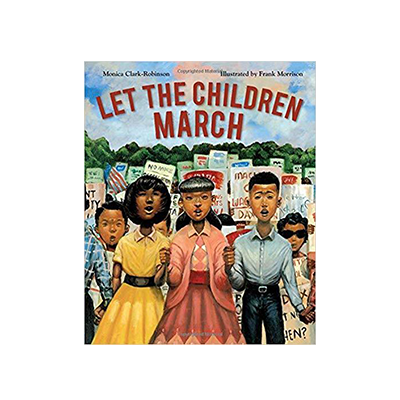 Considering that the majority of the protests in the 21st century have started with young folks taking to the streets, “Let the Children March” by Monica Clark-Robinson is a timely book to include in your reading list.

While it’s centered around the Civil Rights movement of the 1960s and the fight to end “separate but equal” laws, this is a great book to highlight that all voices deserve to be heard, even from young people, even today.

Dragons in a Bag 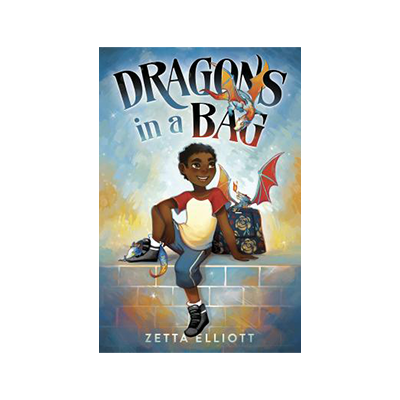 If you have a child with an active imagination who loves a fantasy world full of mystical creatures, you’re going to love this book by Zetta Elliott about a boy from Brooklyn named Jaxon who’s forced to spend the day with his grandmother.

Jaxon finds out that his grandmother is in fact a witch (gasp!) and needs his help to protect a few baby dragons as they deliver them to a magical world. But can Jaxon follow the rules, or is he in for a wild adventure? 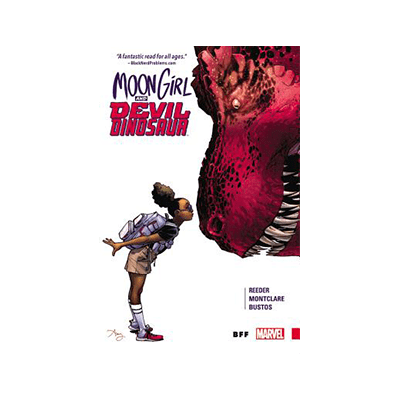 Comic book fans — especially those who prefer the Marvel Universe — will appreciate this recommendation. “Moon Girl” by Amy Reeder is a great way to create a more diverse comic repertoire.

Girl power merges with pure ingenuity as we discover that Lunella Lafayette isn’t your typical fourth grader — she’s a smart and precocious superhero who’s obsessed with STEM but, you know, also has superhero powers.

Thanks to her trusty, although accident-prone, sidekick Devil Dinosaur, Lunella gets into all sorts of adventures and even interacts with longtime Marvel characters like Ms. Marvel and the Hulk. 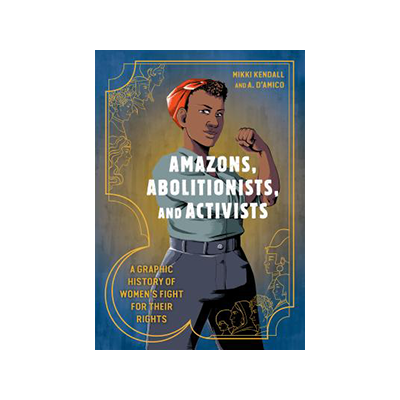 While this book isn’t exclusively about Black people, many of the women highlighted in this graphic history novel are Black women.

It’s important to remember that many movements wouldn’t have happened if it weren’t for the contributions of women on every page of history. In this visual graphic novel by Mikki Kendall, children will get an introduction into the concept of intersectionality and how focusing on topics like women’s rights and racial equality benefit all of us. 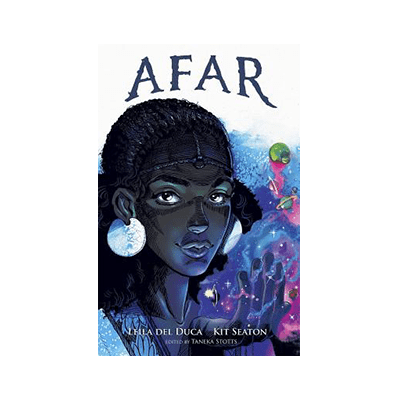 If you have a YA fantasy reader in your home, “Afar” is right up their alley. This fantasy story by Leila del Duca centers around two siblings Boetema and Inotu who must both navigate life without their parents who have left them to work as salt shepherds.

When Boetema discovers that she can astrally project herself into other worlds, she unintentionally begins possessing people light years away. When her actions have unexpected consequences, she and Inotu find themselves teaming up to make things right.

Whether you’re African American and looking for more books that are inclusive, or you’re simply looking for a way to talk about race that makes it easy for children of any age to grasp, the 19 books in this guide are a great start to building the world you want your children to inherit.

But as shown with our picks, the Black experience in America is incredibly diverse. Stories with Black main characters don’t always have to center on topics of racism, oppression, and inequality. Have a little fun with the books you choose, especially when Black kids are represented on the cover.