Written by Patrice A. Harris, MD, MA, President of the American Medical Association on November 18, 2019

Healthcare is a basic human right, and the act of providing care — particularly to the most vulnerable — is an ethical obligation not just of physicians, but of a civil society.

Delivering substandard healthcare to detained immigrants along the U.S.-Mexico border — or providing no care whatsoever — is a fundamental violation of human rights. Doing so as part of a broader strategy to deter unauthorized migration crosses moral boundaries as well as legal standards and lowers our standing in the world. It must stop.

With so much unfolding in our country and our world, it’s understandable for people’s attention to be diverted from the crisis playing out along our southern border. But as the nation’s physicians meet in San Diego this week to discuss and debate U.S. health policy, we are compelled — once again — to call attention to the continued inhumane treatment and suffering of immigrant detainees at the hands of our federal government, as well as the broader implications these policies have on us all.

Delivering substandard healthcare to detained immigrants along the U.S.-Mexico border — or providing no care whatsoever — is a fundamental violation of human rights.

I believe, and our vast physician community believes, that our nation cannot turn our backs on the thousands of children and families whose lives have been torn apart by our government’s draconian approach to immigration; this will have negative physical and mental health impacts for generations to come. To ignore this crisis is to lose sight of the humanitarian values and decency that comprise the core of the American experience.

We are voicing these concerns not only on behalf of detainees, but also with our full society in mind. For example, the stated policy of U.S. Customs and Border Protection (CBP) to withhold the influenza vaccine from immigrants in its custody has implications beyond detention facilities by increasing the likelihood of flu outbreaks outside their walls.

Without access to widely available vaccines, the conditions under which detainees are held in Southern California and elsewhere pose an increased risk of respiratory infections like influenza, not just for detainees, but for facility staff, their families, and the broader community.

To ignore this crisis is to lose sight of the humanitarian values and decency that comprise the core of the American experience.

Physicians have not been silent on this issue. Alongside other physician groups that have been amplifying their voices against injustice, the American Medical Association has also decried the poor living conditions, the lack of the provision of healthcare, and the family separation policies that have jeopardized the health and safety of men, women, and children in detainee holding facilities.

We have urged the Department of Homeland Security and the agencies it directs — particularly CBP and U.S. Immigration and Customs Enforcement — to ensure that all those held under its authority receive appropriate medical and mental health screening from qualified providers. We have pressed leaders in Congress, the Department of Health and Human Services, the Department of Justice, and others to reverse these inhumane policies.

We have joined other leading national health organizations in calling for oversight hearings to draw further attention to both the immediate and long-term health implications of these practices. We have called upon the administration to allow asylum-seekers and their children to receive the most basic level of medically appropriate care, including vaccinations, in a way that is respectful of their culture and country of origin.

Some argue that conditions under which immigrants have been held — open toilets, around-the-clock lighting, insufficient food and water, extreme temperatures, severe overcrowding, no access to basic hygiene, etc. — are designed to convince detainees to drop their asylum claims and persuade others not to undertake the process. After all, deterring immigrants was among the reasons cited by administration officials for enacting the family separation policy in 2018.

But research published in the Stanford Law Review and elsewhere suggests “detention as deterrence is unlikely to operate in the way some policymakers might expect or desire.” And even if this were an effective strategy, is there no price of human suffering our nation is unwilling to pay to achieve this end?

As physicians, we are deeply committed to ensuring the health and well-being of all individuals, regardless of their citizenship status. We are bound by the very Code of Ethics that guides our profession to provide care to all who need it.

We strongly urge the White House and Congress to work with the house of medicine and physician advocates to end these harmful immigration policies and to prioritize sound emotional and physical health for children and families throughout the immigration process.

Patrice A. Harris, MD, MA, is a psychiatrist and the 174th president of the American Medical Association. You can learn more about Dr. Harris by reading her full bio here. 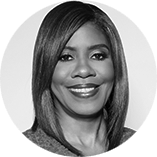 Written by Patrice A. Harris, MD, MA, President of the American Medical Association on November 18, 2019