The term Myelodysplastic Syndromes (MDS) refers to a group of related conditions that interfere with your body’s ability to make healthy blood cells. It’s a type of blood cancer.

They’re destined to become either a mature:

This process is called hematopoiesis.

Some die before they leave your bone marrow. Others that do get into your blood stream may not function normally.

The result is low numbers of one or more types of blood cells (cytopenias) that are abnormally shaped (dysplastic).

The symptoms of MDS depend on the disease stage and the blood cell types that are affected.

MDS is a progressive disease. In its early stages, there are usually no symptoms. In fact, it’s often discovered accidentally when low blood cell counts are found when blood tests are done for another reason.

In later stages, low blood cell levels cause different symptoms depending on the type of cell involved. You may have several types of symptoms if more than one cell type is affected.

RBCs transport oxygen throughout your body. A low RBC count is called anemia. It’s the most common cause of MDS symptoms, which may include:

WBCs help your body fight infections. Low WBC counts (neutropenia) are associated with symptoms of bacterial infections that vary depending on where the infection occurs. Often you’ll have a fever.

Common sites of infection include:

Platelets help your body form clots and bleeding. Symptoms of low platelet counts (thrombocytopenia) may include:

When blood cell counts get very low, complications can develop. They’re different for each blood cell type. Some examples are:

Over time, MDS can transform into another blood cancer called acute myeloid leukemia (AML). According to the American Cancer Society, this happens in about one-third of the people who have MDS.

Often, the cause of MDS isn’t known. However, some things put you at higher risk of getting it including:

Having been exposed to certain chemicals and substances for a long time may also increase your risk. Some of these substances are:

The World Health Organization Classification of Myelodysplastic Syndromes is based on:

When the bone marrow has 20 percent or more blasts, the diagnosis changes to AML. Normally, there’s less than 5 percent.

How MDS is treated

Three types of treatment are used for different reasons.

This is used to make you feel better, improve your symptoms, and help avoid complications from MDS.

These are weaker drugs given at lower doses, which lowers the chance they will cause severe side effects.

These are strong drugs given at high doses, so they’re more toxic. There’s a good chance they will cause severe side effects. These drugs are used to treat MDS that’s transformed into AML or before a stem cell transplant.

A stem cell transplant (previously called a bone marrow transplant) is the only available option that can cause long-term remission for MDS.

High-dose chemotherapy is given first to destroy the stem cells in your bone marrow. They are then replaced with healthy donor stem cells.

Complicated scoring systems are used to classify someone with MDS into a lower risk or higher risk group based on:

The groups indicate how MDS might progress in that person if it’s not treated. They don’t tell you how it might respond to treatment.

Lower-risk MDS tends to progress slowly. It may be years before it causes severe symptoms, so it’s not treated aggressively.

Your healthcare provider will look at your risk group as well as a variety of other factors specific to you and your MDS to determine the treatment options that are best for you.

How MDS is diagnosed

Several tests are used to diagnose and determine the subtype of MDS.

MDS is a type of blood cancer in which your bone marrow fails to produce adequate numbers of functioning blood cells. There are several different subtypes, and the condition may progress rapidly or slowly.

Chemotherapy can be used to slow the progression of MDS, but a stem cell transplant is needed to achieve long-term remission.

A variety of treatments are available for supportive care when symptoms such as anemia, bleeding, and recurrent infections occur. 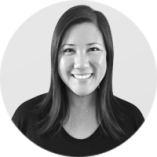