While there’s no cure for multiple sclerosis (MS), there are many treatments available. These treatments mainly focus on slowing down the progression of the disease and managing symptoms.

Different people can have different types of MS. And disease progression and symptoms range greatly from person to person. For both reasons, each person’s treatment plan will be different.

Read on to learn about the types of MS treatments available.

Disease-modifying medications can reduce the frequency and severity of MS episodes, or relapses. They also can control the growth of lesions (damage to nerve fibers) and reduce symptoms.

The Food and Drug Administration (FDA) has currently approved several drugs for modifying MS. They come as:

These four medications are given as injections:

In 2018, the manufacturers of the injection daclizumab (Zinbryta) withdrew it from the market due to safety concerns.

These four therapies must be given by infusion at a licensed clinic:

These five treatments are pills taken by mouth:

These two treatments are capsules taken by mouth:

According to one review, mesenchymal stem cell (MSC) therapy has shown to help repair the central nervous system (CNS), which becomes damaged with MS.

The process by which stem cells work to do this is not fully understood, but studies are ongoing to determine more about the curative abilities of stem cell therapy.

While there isn’t any research supporting one specific diet for MS, eating a generally healthy, balanced diet is recommended.

A good way to start your MS exercise routine is to try basic stretches while you’re sitting or in bed. When you feel comfortable with those exercises, add more demanding exercises such as:

As you get stronger and more comfortable exercising, you can modify and build on your exercise program.

Keep in mind that anything you can do with others, especially exercise you enjoy, can help.

People with MS often experience fatigue. And when you’re tired, you may not feel like exercising.

But the less exercise you get, the more tired you’ll feel. That’s another reason why exercise, including physical therapy (PT), is so important.

However, it needs to be carefully tailored to people with MS. Things such as keeping session times short and increasing exercise over time are important factors.

Someone with MS should consider PT during a relapse that has produced a change in functions such as:

The goal of PT during relapse is to return to a prior level of function, if possible.

A professional PT program will help improve your strength and physical function.

Ending a relapse as quickly as possible benefits both the body and the mind. That’s where relapse treatments come in.

Inflammation is a key feature of MS relapses. It can lead to many other symptoms of MS, such as:

Corticosteroids are often used to ease inflammation and reduce the severity of MS attacks.

If corticosteroids don’t provide relief for relapses, or if intravenous treatments can’t be used, there are other treatments. These may include:

While the drugs listed above help treat MS, a range of medications are available to treat the different physical symptoms that MS can cause.

Drugs for pain and other muscle problems

Muscle relaxants are often prescribed for people with MS. That’s because relaxing muscles helps with common MS symptoms such as:

Relieving those symptoms can also help with depression, which can occur with MS.

Drugs for muscle stiffness include:

Fatigue is a common symptom for people with MS.

Drugs used to treat fatigue include modafinil (Provigil). They also include amantadine hydrochloride (Gocovri), which is used off-label for this purpose. Off-label use is when a drug that’s approved for one purpose is used for another.

Fluoxetine (Prozac) is also often prescribed since it helps combat both fatigue and depression.

Drugs for bladder and bowel problems

There are more than a dozen prescription medications for bladder problems, such as incontinence, related to MS. Talk to your doctor about which drugs might be best for you.

The most effective medications for constipation and bowel symptoms associated with MS seem to be over-the-counter stool softeners. If you have questions about these products, ask your doctor or pharmacist.

Side effects of treatment

Though MS treatments can be helpful in managing the condition, they can also cause side effects. In general, most MS drugs can cause common side effects such as:

Coping with MS isn’t easy, but treatment can make a big difference in how you feel, both physically and emotionally.

Work with your doctor to develop a treatment plan that addresses your medical issues and can help improve your physical symptoms and emotional outlook. 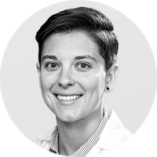