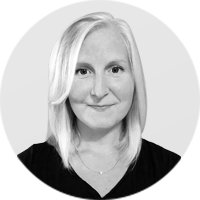 It occurs in 10 to 15 percent of those under the age of 3 years old, according to the University of Mississippi Medical Center. By age 4, language ability is generally more stable and can be measured more accurately to determine whether or not a deficit exists.

Language disorder is often noticed in childhood first. Your child may overuse “um” and “uh” because they cannot recall the right word.

Some of these symptoms are part of normal language development. However, your child may have a language disorder if several of these issues are persistent and don’t improve.

Symptoms related to understanding others

An equally important aspect of this disorder is having a hard time understanding others when they speak. This may translate into difficulty following directions at home and school.

If, at 30 months, your child isn’t responding to questions verbally or with a nod or headshake, then it may be a sign of a language disorder.

Oftentimes, the cause of this disorder is unknown. Genetics and nutrition may play a role, but these explanations haven’t yet been proven.

Normal language development involves the ability to hear, see, comprehend, and retain information. This process may be delayed in some children, who eventually catch up with peers.

A delay in language development may be related to:

Sometimes, delayed language may accompany other developmental problems, such as:

Language disorder isn’t necessarily related to a lack of intelligence. Experts try to identify the cause when language development doesn’t happen naturally.

The disorder is often treated through the collective efforts of parents, teachers, speech-language pathologists, and other health professionals.

The first course of action is to visit your doctor for a full physical. This will help rule out or diagnose other conditions, such as a hearing problem or other sensory impairment.

Working with your child at home can help. Here are some tips:

Frequent contact with teachers is also important. Your child may be reserved in class and may not want to participate in activities that involve talking and sharing. Ask the teacher about class activities in advance to help prepare your child for upcoming discussions.

Having difficulty understanding and communicating with others can be frustrating and may trigger episodes of acting out. Counseling may be needed to address emotional or behavioral issues.

Consequences of a language disorder

Effective communication is an important part of forming relationships at work, school, and in social settings. An unaddressed language disorder can cause long-term consequences, including depression or behavior problems in adulthood.

Preventing a language disorder is difficult, especially because the exact cause of the disorder is largely unknown. However, it’s possible to reduce the disorder’s impact by working closely with a speech-language pathologist. Seeing a counselor can also help in dealing with the emotional and mental health challenges that the disorder may cause. For information on organizations that provide help for language disorders, check out some resources here.