Yes, Mental Illness Can Impact Your Hygiene. Here’s What You Can Do About It

Depression, anxiety, PTSD, and even sensory processing disorders can impact our personal hygiene. Let’s talk about it.

Medically reviewed by Timothy J. Legg, Ph.D., CRNP — Written by Sian Ferguson on October 28, 2019
“It’s Not Just You” is a column written by mental health journalist Sian Ferguson, dedicated to exploring the lesser-known, under-discussed symptoms of mental illness. Sian knows firsthand the power of hearing, “Hey, it’s not just you.” While you might be familiar with your run-of-the-mill sadness or anxiety, there’s so much more to mental health than that — so let’s talk about it!

One of the worst things about mental illness is how it seeps into so many parts of your life, affecting even the most mundane things, like showering and brushing your teeth.

Practicing hygiene is a good thing because it can prevent disease and help us care for our bodies. But unfortunately, we often associate a lack of hygiene with poverty, laziness, homelessness — all things we, as a society, discriminate against.

What this means is that there’s a lot of shame around hygiene. This shame can fuel both obsessions with hygiene, and the stigma surrounding mental illnesses that make it hard for us to practice basic hygiene.

My mental illnesses have meant that I’ve had symptoms on the opposite ends of the spectrum — I have often washed myself with too much vigor and obsession, and I’ve sometimes struggled to maintain personal hygiene as well as I should.

And the more I talk about this, the more I realize how common this is — and how few people realize that their mental state can affect their relationship with hygiene.

“Unfortunately, at both ends of the spectrum, a lack of personal hygiene or an obsession with personal hygiene create additional stress and anxiety for the sufferer,” says Carla Manly, PhD, a clinical psychologist and author.

So, let’s look at how mental health can affect your ability to practice hygiene — and what you can do about it.

‘Why is it so hard to brush my teeth or shower?’

Although I have a number of mental illnesses, I haven’t had much of a problem with showering. But one week many years ago, when I was feeling particularly depressed, I struggled to brush my teeth. I must have brushed my teeth only twice that week.

I know what you’re thinking — gross. Yup, I thought that too.

“They report not having enough energy to do simple self-care tasks, such as brushing their teeth or washing their hair,” says Melissa A. Jones, PhD, HSPP, a clinical psychologist based in Indiana. “Many of them do not take care of their personal hygiene needs unless they are reminded by a family member to do so.”

But why is this? Why does depression make it so hard to shower? Manly says that major depression is often characterized by diminished interest in activities, as well as fatigue. In other words, you probably have little motivation or energy to maintain hygiene while depressed.

“I’ve worked with clients who describe their depression as ‘a constant gray cloud,’ ‘a feeling of being stuck under a load of bricks,’ and ‘a heavy weight that makes it nearly impossible to even get out of bed,’” Manly says.

“When you look at depression through this lens, it becomes clear that the actions mentally healthy people take for granted are monumental tasks for those suffering from major depression.”

Jones adds that the physical symptoms of depression, such as physical pain, can also cause people to avoid showering. “Depressed individuals will also experience physical pain, along with their depressive symptoms, causing them to not feel physically able to care for their personal hygiene needs,” she explains.

In addition to depression, anxiety disorders and sensory processing disorders can make it difficult to shower and maintain personal hygiene.

“Individuals with sensory processing issues may struggle to shower because the temperature or the actual physical touch of the water is physically painful for them,” Jones explains.

‘Can you be too hygienic?’

You certainly can be too obsessed with hygiene. Certain mental illnesses might cause people to wash too much or obsess about cleanliness.

The mental illness we most commonly associate with cleanliness is obsessive compulsive disorder (OCD). Pop culture’s depictions of OCD, like in “Monk,” “The Big Bang Theory,” and “Glee” mean we often think of people with OCD as fastidious, super-organized germophobes who are convenient punchlines for thoughtless jokes.

OCD isn’t always about cleanliness — and even when it is, it’s often misunderstood. OCD involves obsessions (distressing thoughts that you can’t stop thinking about) and compulsions (rituals or actions you take to reduce your distress).

Manly explains that when you have hygiene-related OCD compulsions, you might wash your hands a set number of times or brush your teeth with a certain number of strokes.

“Those who have OCD may have difficulty attending to personal hygiene in a fluid manner, for they may feel the need to perform certain hygiene rituals repeatedly (such as washing hands a certain number of times) before moving to the next task,” Manly says. These compulsions can make it difficult for you to leave the house on time or function throughout the day.

Contrary to popular belief, other disorders besides OCD can also make you obsess about cleanliness too much.

“Those suffering from chronic anxiety may find that they are overly concerned with personal hygiene and may check a mirror frequently to ensure that their appearance is ‘perfect,’” Manly says. “Some anxiety sufferers become highly anxious about attire and appearance and may change clothing several times before leaving home.”

For me, I became a little too obsessed with hygiene when I was sexually assaulted. Afterwards — and whenever I was triggered by reminders of the assault — I scrubbed myself excessively, often with hot water, to the point where my skin would be raw and sore.

Years later, I learned that this was a symptom of post-traumatic stress disorder (PTSD) and a common response to sexual assault.

“Although very different from OCD, certain cases of PTSD may involve repetitive behaviors that are often unconsciously created to reduce the stress and anxiety of PTSD,” Manly explains.

This can include washing yourself vigorously after traumatic experiences, such as sexual assault. “The ultimate goals with such behaviors are to reduce a sense of being violated and ‘dirty’ and to increase a sense of safety.”

In my case, the need to wash myself was distressing. But at the same time, I didn’t really see it as a symptom of mental illness or even a bad thing in itself — hygiene is a good thing, right?

Fortunately, through talking with others and having a great therapist, I was able to get help and find healing. But that required understanding my hygiene obsession as a symptom of mental illness.

Most people feel a little too lazy to shower once in a while. Most of us sometimes feel a little “gross” and decide to wash ourselves more vigorously than usual. So, how do you know it’s “bad enough” for you to need help?

In general, you should get help if an issue is making it hard for you to function. If you struggle to practice hygiene even when you know you should, or if you feel that you wash yourself excessively, you may need help.

Therapy is a great place to start. You might feel ashamed, as I did, to tell your therapist that you struggle to practice good hygiene. Please remember that this is a fairly common symptom of mental illness, and your therapist has probably helped people in your shoes before — and they’re there to help you, not judge you for your mental state.

As for washing excessively, Manly says that the root of the anxiety must be addressed in order to address the issue. This also often requires therapy.

“To reduce the level of washing in conjunction with therapy, the individual can also strive to reduce anxiety by learning to use calming breathing techniques, short meditations, and positive mantras,” Manly says. “Tools such as these can be used to calm the mind and body as they encourage self-soothing and self-control.”

No matter which self-care tools help you, it’s important to remind yourself that moralizing hygiene helps nobody.

Yes, we should all practice hygiene for the sake of public and personal health. But if your mental health is making it tough to take care of yourself, you shouldn’t feel ashamed about reaching out for support.

Sian Ferguson is a freelance writer and journalist based in Grahamstown, South Africa. Their writing covers issues relating to social justice and health. You can reach out to them on Twitter.

Sian Ferguson is a freelance health and cannabis writer based in Cape Town, South Africa. As someone with multiple anxiety disorders, she’s passionate about using her writing skills to educate and empower readers. She believes that words have the power to change minds, hearts, and lives. 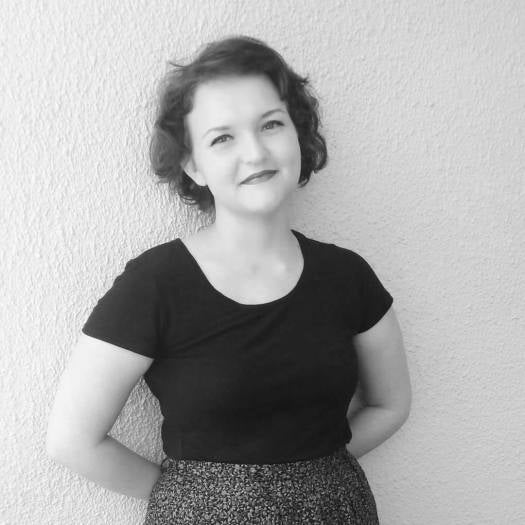