Can Excessive Daydreaming Be a Symptom of Mental Illness?

When my mental health started playing up, my daydreams took a dark turn.

Medically reviewed by Timothy J. Legg, PhD, PsyD — By Sian Ferguson on October 28, 2019
“It’s Not Just You” is a column written by mental health journalist Sian Ferguson, dedicated to exploring the lesser-known, under-discussed symptoms of mental illness. Sian knows firsthand the power of hearing, “Hey, it’s not just you.” While you might be familiar with your run-of-the-mill sadness or anxiety, there’s so much more to mental health than that — so let’s talk about it!

I’ve always been a daydreamer. Like many children, I loved playing pretend, using my imagination, and immersing myself into fantastical worlds.

But when my mental health started playing up, my daydreams took a dark turn.

I started thinking about upsetting hypothetical situations and struggled to control my thoughts. I’d often have PTSD-related flashbacks. I’d spend a long time daydreaming, overthinking, and ruminating about things that upset me.

Usually, when we think of daydreaming, we think about imagining something. It could include replaying memories over and over in your head, thinking about your goals or interests, or imagining an unlikely or likely future scenario.

Most of the time, we think of daydreaming as something that’s voluntary. In other words, you can stop doing it if you tried.

The tricky thing about daydreaming is that it can be fun, harmless, and sometimes beneficial — but at other times, it isn’t.

“Daydreaming is incredibly normal, but excessive daydreaming can be a symptom of a larger problem,” says Mollie Volinksy, a licensed clinical social worker who provides trauma-informed psychotherapy.

If you think about it, most mental illnesses involve problematic thought patterns that we struggle to control — and that can involve your imagination getting away from you.

“Daydreaming can be an indication that someone is suffering from concentration difficulty, which is seen in many mental illnesses, including depression, anxiety, post-traumatic stress disorder, and attention deficit hyperactivity disorder,” says Lauren Cook, a therapist and author based in San Diego.

“It’s normal for everyone to daydream from time to time, but it becomes problematic when one is not able to follow instructions or pay attention when required,” she adds.

Because there’s no hard-and-fast, universal definition of daydreaming, it’s hard to tell when our daydreams become something more sinister. This is why it’s important to know how symptoms of mental illness can show up in our daydreaming.

How daydreaming can be a symptom of mental illness

Daydreaming is different for everyone. The way it turns up, and the reason why we daydream, depends on our mental state and situation. Someone with attention deficit hyperactivity disorder (ADHD), for example, might struggle to concentrate on day-to-day tasks. This can often look like daydreaming.

If you have anxiety, you might daydream about the worst possible scenario. “Let’s say you have a presentation at work in a week. You might find yourself continuously visualizing the presentation and worrying about all of the things that may go wrong,” Volinsky says.

When my anxiety is high, for example, I overthink and imagine awful situations. I often imagine having horrible arguments with people in my own head (which seems to be a surprisingly common thing, according to the internet), or I imagine that I’ll be hit by a car when I’m trying to cross a road.

And when it comes to depression, you might overthink or daydream about depressing situations.

“With depression, daydreaming can emerge as more of a listless and mindless wandering of the brain where there is a lack of motivation to stay focused,” Cook explains. This can make it even harder to concentrate on day-to-day tasks.

The problem with daydreaming in this situation is that you can make yourself even more anxious and upset — even about things that haven’t happened or might never happen.

People who are particularly stressed can also use daydreaming as a tool for escapism, Volinsky explains.

“Escapism isn’t inherently ‘bad,’ but it can lead to avoidance and the worsening of stress and anxiety. It is your brain’s way of protecting you from the distress and pain, and this is significant,” she says. “However, in order to feel better, it is often best to face this pain and distress head-on.”

Of course, daydreaming about sad situations or imagining arguments playing out in your head doesn’t necessarily mean you have a mood disorder. But it can be one of the many symptoms.

Do you ever have unwanted, distressing thoughts? These are known as intrusive thoughts. They often seem pretty similar to daydreaming.

Some examples of intrusive thoughts can include thinking:

Intrusive thoughts can happen to anyone from time to time, but they can also be a symptom of obsessive-compulsive disorder (OCD).

OCD involves having obsessive thoughts (which are basically intrusive thoughts that persist) and then having compulsions (or rituals) to try to get those thoughts out of your head.

I have OCD. One of my obsessions is that I often think I’ll jump off of buildings, even when I don’t feel remotely suicidal. So, I try to steer clear of high balconies.

When I’m around a high balcony and I have intrusive thoughts about jumping off it, I try to blink in pairs — two quick blinks at a time — because for some reason I feel that blinking an odd number of times will cause me to jump.

Sometimes, dissociation can look like daydreaming. I have post-traumatic stress disorder (PTSD), and dissociation is a common symptom of PTSD. When this started happening to me, I didn’t know it was dissociation, and I would describe it as an intense daydream.

But dissociation is different from daydreaming in a few key ways. “Dissociation is when [one] feels physically removed from their body or the place they are in,” Cook says.

“Dissociation is connected with the fight-or-flight response and usually only occurs when the person feels overwhelmed or threatened,” she adds.

Often, when we’re in distress, we mentally “check out” of the situation — which is what dissociation is. It often looks like “zoning out” or daydreaming, but it can feel pretty scary.

If you find yourself emerged in daydreams for most of the time, it might be a case of maladaptive daydreaming.

Maladaptive daydreaming is a widely misunderstood psychiatric condition that involves persistent, intense daydreams. The symptoms include lengthy periods of vivid daydreaming and struggling to carry out day-to-day tasks.

Maladaptive daydreaming was first identified by Professor Eliezer Somer of the University of Haifa. As of yet, it isn’t in the Diagnostic and Statistical Manual of Mental Disorders (DSM-5), and it has no official diagnosis criteria or treatment.

Daydreaming as a coping tool

Daydreaming isn’t all bad, though. Imagination can, in fact, be extremely pleasurable and helpful.

Creating art, finding solutions for practical problems, and even setting goals requires us to use a little imagination. Daydreaming can help you get creative, deeply think about issues, and plan your day-to-day life.

Daydreaming can also be a helpful coping tool, Volinsky says. “When our brains and bodies are in a highly activated state, it can be extremely helpful to distract ourselves with a different image,” she says.

This can help you soothe yourself and remind your body that you’re not actually in a life-or-death situation. For example, you might imagine a calm, beautiful scene, like sitting on the beach, and return to that image when you’re struggling with anxiety.

So, daydreaming itself isn’t a bad thing, and it isn’t something you should avoid. Rather, you should pay attention to it and note when it’s doing you more harm than good.

How to curb daydreaming

If you’re daydreaming a lot — so much so that it makes it difficult for you to function — it’s a sign that you should see a therapist, Volinsky says. You should also see a therapist if you’re having intrusive thoughts or dissociating.

There are some things you can do to address incessant daydreaming. “Engaging in physical tasks, like writing, playing with a fidget spinner, or typing, are great ways to break a daydreaming spell, as they force one to focus on a task at hand,” Cook says.

She also suggests setting aside time in the day to allow yourself to daydream — say, 15 minutes at a time.

“When you have this time set aside, like a daydreaming appointment, you limit all the other spontaneous times when you’d like to daydream throughout the day,” Cook explains.

Daydreaming isn’t always a bad thing, and it isn’t always harmful. It’s important to be aware of what you daydream about, as well as how frequent and how intense the daydreams are. This self-awareness will help you pick up whether you need help.

Sian Ferguson is a freelance health and cannabis writer based in Cape Town, South Africa. She’s passionate about empowering readers to take care of their mental and physical health through science-based, empathetically delivered information. 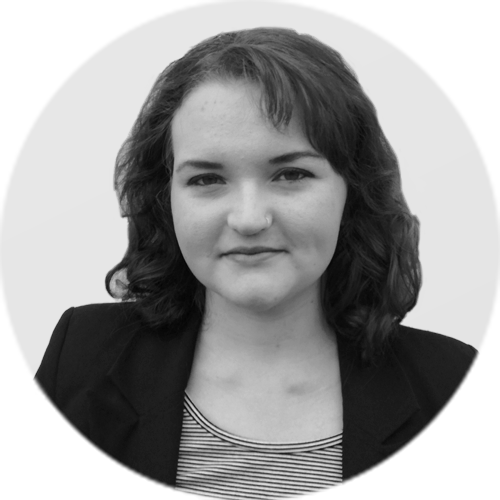