The Best Mental Health Podcasts to Take You Through the Year

The selection of health podcasts out there is huge. The number of total podcasts stood at 550,000 in 2018. And it’s still growing.

That’s why we’ve digested thousands of podcasts and found the best ones for a variety of different mental health needs, whether you want straight science, apt advice, or lots of laughs.

“The Nod” pitches itself as a podcast that shares the stories and experiences of African Americans that “don’t get told anywhere else.”

Topics range from lighthearted histories of hip-hop trends to the emotional impact of famous writers like Toni Morrison on generations of young black writers and professionals.

Hosts Brittany Luse and Eric Eddings regularly have emotional, vulnerable conversations to show that it’s OK to struggle with the conflicts of being who you want to be versus who society expects you to be.

Founded by clinical psychologist Joy Harden Bradford, “Therapy for Black Girls” offers mental health resources and advice for both personal and professional development for African American women and beyond.

Bradford also helps demystify therapy itself and the stigma surrounding it with her doctorate-level background in counseling psychology from the University of Georgia.

Bradford’s podcast is a great choice if you’re looking for advice or insight from a professional, or are fascinated by the science of the mind.

Their aim is to leave no doubts that these issues can affect you mentally, emotionally, and personally in toxic ways.

Erin and Bryan strike a delicate balance between the political and the personal by making it feel OK to think of yourself as part of a bigger movement while also affirming that your thoughts and feelings matter.

Oh yeah, and they’ll keep you laughing along the way.

Educating yourself about the Bible? Feeling obligated to be at church multiple times a week? Just trying to live a life based strongly in your values?

Observing a Christian lifestyle can be taxing on your mind and body.

Hosts Nora and Natalie started this podcast to let you know it’s OK to not be a “perfect” Christian and to talk openly about challenges in balancing what you need with what your Christian faith asks of you.

So many of us have dealt with mental and emotional trauma in our lives. Yet so few of us feel comfortable or even safe talking about it out loud.

Host Paul Gilmartin hopes to change this with his lauded podcast, “Mental Illness Happy Hour.” Gilmartin interviews a variety of noted figures and celebrities about their experiences with mental illness or trauma.

Gilmartin’s interviews run the gamut from tackling the link between sexual assault and PTSD with successful attorneys to uncovering how being raised by a parent with alcohol addiction can affect you in many invisible ways.

Comedian Marc Maron is well known for interviewing some of the world’s most famous people in his tiny garage near Los Angeles.

Doesn’t seem like a premise ripe for discussions about mental health. But Maron is surprisingly candid about the anxieties and traumas of his upbringing and the emotional turmoil that many of his noted guests have experienced.

Talking about race, gender, ethnicity, identity, and many complex topics common in the 21st century can be exhausting and scary. It can be much harder if you don’t think you have any allies.

“Code Switch” from National Public Radio (NPR) wants to be an ally. This show covers topics from the legacy of lynchings of African Americans in modern American life to covert forms of anti-Semitism in popular culture.

And it’s hosted by a slew of journalists from diverse backgrounds who know exactly what it’s like to need an ally.

This show can help you better understand how society itself can be your mental health’s worst enemy — and how that understanding can help you feel stronger in resisting it.

Happiness can seem unattainable sometimes. This is especially true when the things you work hard to earn don’t bring the happiness you expect.

That’s where Dr. Laurie Santos of Yale University thinks she can help.

Dr. Santos hopes to show you that your own happiness is in your control in even the smallest ways using findings from cutting-edge scientific research on the link between human behavior and emotions.

It’s no accident that Dr. Santos’ course “Psychology and the Good Life” is one of Yale’s most popular. Her main ambition is to help make you a little bit happier by teaching you to take ownership of how your mind works, and how your behavior can be your first line of defense against negativity.

No topic is off-limits to them or their wide array of celebrity guests. Topics range from relationships and stereotypes with Michelle Obama to sexual health with stars from popular TV shows.

And it’s just funny. Sometimes, a good laugh is all you need to feel better.

‘The Hilarious World of Depression’

Clinical depression is one of the most common and yet most stigmatized mental health conditions. And not all forms of depression are created equal. Depression can take as many forms as there are people who have it.

That’s what host John Moe hopes you’ll take away from his numerous interviews with public figures like Darryl McDaniels from hip-hop group Run-DMC and Peter Sagal of the popular NPR show “Wait Wait…Don’t Tell Me!”

This show is good if you’re struggling with your own symptoms or know someone with depression.

The enormous variety of real stories about the ups and down of clinical depression can make you think about how the condition can look different for everyone while also giving you some tips and tools to coping with all the forms it takes. 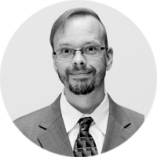