Is Marijuana an Effective Treatment for Glaucoma? 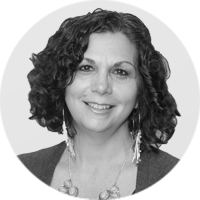 In 1971, a study looked at marijuana’s effects on eye pressure, which is a symptom of glaucoma. Youthful subjects were given eye examinations right before and one hour after smoking a marijuana cigarette.

The , published in the Journal of the American Medical Association, found a 30 percent decrease in eye pressure among a large number of study participants after smoking marijuana. As encouraging as that may sound, the studydidn’t address all aspects of this potential treatment.

Since then, it’s become common knowledge that marijuana has an effect on glaucoma. But is this really true?

In this article, we’ll weigh the potential benefits and risks of using marijuana and marijuana-based products as treatments for glaucoma.

Glaucoma is an eye disease that can damage the optic nerve, causing vision loss over time.

Each eye has one optic nerve. The job of the optic nerves is to carry information from the eyes to the brain.

In people with glaucoma, these nerves can become damaged by fluid buildup within the eye. Because it can’t drain out, the excess fluid increases eye pressure. When left untreated, blindness may result.

Research funded by the National Eye Institute, a division of the National Institutes of Health, found that smoking marijuana does temporarily reduce eye pressure. It also found that intraocular pressure could be lowered by taking tetrahydrocannabinol (THC), an active ingredient in marijuana, by injection or pill.

The research also showed that this benefit is temporary at best and may cause low blood pressure. As well, doses are harder to manage compared to standard treatments.

Marijuana use doesn’t maintain consistent eye pressure. But many traditional treatments for glaucoma do maintain eye pressure effectively. These include eye drops, laser surgery, and other surgeries. People who carefully manage their glaucoma maintain their eyesight.

However, glaucoma can sometimes be tricky to treat. Some have a difficult time finding medication to reduce eye pressure significantly. Others have side effects or allergic reactions to the medications they are prescribed. There may be a lot of trial and error required before an effective treatment is found. It’s best to follow your eye doctor’s recommendations.

Some people with end-stage glaucoma may find that marijuana reduces their anxiety or depression. Marijuana may be a preferred alternative to taking prescription anxiety medications.

In states where marijuana is legal, the cost of marijuana varies and depends on several factors. Synthetic medical marijuana pills, such as Marinol, aren’t FDA-approved for the treatment of glaucoma. Talk to your doctor about using this drug before you start taking it as it may interfere with medications.

Marinol won’t be covered by your health insurance plan for glaucoma. The price and quality of marijuana available to purchase will also vary widely. Where you live, the laws governing the sale of marijuana there, and who you purchase it from can all be factors.

Not approved and not legal in many states

Marijuana isn’t approved by the Food and Drug Administration (FDA) for the use of glaucoma.

As well, marijuana use is still illegal in most states and at a federal level. In states where marijuana isn’t legal, using marijuana for glaucoma or any other condition can’t be recommended.

Eye pressure must be controlled continuously for 24 hours each day. Marijuana reduces eye pressure for only three to four hours at a time. This means you would need to smoke marijuana or take THC pills six to eight times a day to maintain a healthy eye pressure.

Marijuana decreases blood pressure throughout the body. This could result in a reduced supply of blood to the optic nerves, which can cause more damage.

People over 60 are a high-risk group for glaucoma. The mood-altering state associated with marijuana might put people in this age group at an increased risk of falls and other accidents.

Like cigarettes, marijuana contains many harmful chemicals and irritants, which can damage the lungs and bronchial tubes. These include tar and carbon monoxide.

Other potential side effects include:

Constant use of marijuana could lead to marijuana use disorder and addiction. You may experience feelings of irritability, difficulty sleeping, restlessness, and other side effects during and after withdrawal.

Cannabidiol (CBD) is one compound of hundreds that are found in marijuana. Unlike THC, it doesn’t alter mood and make the user feel high.

CBD products, such as CBD oil and supplements, are often used for medicinal purposes. Currently, there isn’t enough scientific data to indicate whether CBD can be effectively used for glaucoma treatment, however. It’s the THC that’s thought to treat glaucoma.

One issue is delivery to the eye. CBD oil is hard to distill into an eye drop that can be absorbed into the eye tissue. For that reason, it’s been hard for researchers to thoroughly test its effectiveness for glaucoma.

In addition, there is no current research that shows CBD products taken by mouth or smoked are more effective than traditional medications for glaucoma.

CBD products may also cause side effects, such as low blood pressure, drowsiness, and dry mouth.

Traditional treatments for glaucoma include:

There are many different types of eye drops currently prescribed for glaucoma. These may be used alone or in combination with other eye drops.

Eye drops for this condition work by either reducing the amount of fluid in the eye or increasing outflow of fluid from the eye. Some medications combine both functions. Eye drops are taken daily or twice daily.

The different categories of eye drops include:

Laser treatments work on the eye’s drainage tissue. Laser surgery may eliminate the need for eye drops or may be performed in addition to daily medication therapy.

The procedure is done in a doctor’s office and requires no anesthesia. Usually, the doctor will work on one eye and have the patient return at a later date for surgery on the second eye.

Laser surgery is painless and takes around 10 minutes. The results aren’t permanent, however, and you’ll need to have it done again in several years.

If your glaucoma can’t be controlled via medication or laser surgery, your doctor may recommend incisional surgery. Performed in an operating room, it requires an incision in the wall of the eye.

This type of surgery usually eliminates the need for daily eye drops.

While marijuana and marijuana-based products have been found to be effective at reducing eye pressure, they aren’t recommended for treatment. Their effect is short-lived, requiring all-day use.

In addition, there are many medications that are safer and more effective for treating glaucoma than marijuana. There is significant danger of vision loss with glaucoma, and medication can help prevent that.

Many of these medications are affordable. If you’re unable to afford your medication, talk to your doctor or pharmacist to determine your best options. Self-medicating with marijuana is likely not a long-term solution for glaucoma and may lead to vision loss in the future.