What Is Kleine-Levin Syndrome (KLS)?

Kleine-Levin syndrome (KLS) is a rare disorder that causes recurring periods of excessive sleepiness. In some cases, this means up to 20 hours a day are spent sleeping. For this reason, the condition is commonly referred to as “sleeping beauty syndrome.”

KLS can also produce changes in behavior and confusion. This disorder can affect anyone, but teenage boys develop the condition more than any other group. About 70 percent of people with this disorder are male .

Episodes can come and go over an extended period of time. Sometimes they’re on and off for as long as 10 years. During each episode, it can be difficult to attend school, work, or participate in other activities.

People living with KLS may not experience symptoms every day. In fact, affected individuals typically don't have any symptoms between episodes. When symptoms do appear, they can last a few days, weeks, or even months.

Common symptoms include extreme sleepiness. There may be a strong desire to go to bed and trouble getting up in the morning.

During an episode, it's not uncommon to sleep up to 20 hours a day. People living with KLS may get up to use the bathroom and eat, then go back to sleep.

Fatigue can be so severe that people with KLS are bedridden until an episode passes. This takes time and energy away from family, friends, and personal obligations.

Episodes can also trigger other symptoms, such as:

This may result from reduced blood flow to parts of the brain during an episode.

KLS is an unpredictable condition. Episodes can recur suddenly and without warning weeks, months, or years later.

Most people resume normal activity after an episode without any behavioral or physical dysfunction. However, they may have little memory of what happened during their episode.

What causes KLS and who’s at risk?

The exact cause of KLS is unknown, but some doctors believe certain factors can increase your risk for this condition.

For example, KLS may arise from an injury in the hypothalamus, the part of the brain that controls sleep, appetite, and body temperature. A possible injury could be falling and hitting your head, although more research is needed to confirm this link.

Some people develop KLS after an infection like the flu. This has led some researchers to believe KLS may be a type of autoimmune disorder. An autoimmune disease is when the body’s immune system attacks its own healthy tissue.

Some incidents of KLS may also be genetic. There are cases where the disorder affects more than one person in a family.

KLS is a difficult disorder to diagnose. Because it can occur with psychiatric symptoms, some people are misdiagnosed with a psychiatric disorder. As a result, it can take an average of four years for someone to receive an accurate diagnosis.

Understandably, you and your family want quick answers. However, a KLS diagnosis is a process of exclusion. There isn't a single test to help your doctor confirm this condition. Instead, your doctor may conduct a series of tests to rule out other possible illnesses.

Symptoms of KLS can mimic other health conditions. Your doctor may conduct a physical examination and diagnostic testing. This may include blood work, a sleep study, and imaging tests. This may include a CT scan or MRI of your head.

Your doctor uses these tests to check for and rule out the following conditions:

Excessive sleepiness is also a characteristic of depression. Your doctor may suggest a mental health evaluation. This helps your doctor assess whether symptoms are due to severe depression or another mood disorder.

How are symptoms managed?

Several medications are available to help you manage symptoms. This may help reduce the duration of an episode and prevent future episodes.

Stimulant pills are an option for treating KLS. Although they can cause irritability, these medications promote wakefulness and are effective at reducing sleepiness.

Medications that treat mood disorders may also be beneficial. For example, lithium (Lithane) and carbamazepine (Tegretol) — which are commonly used to treat bipolar disorder — may relieve symptoms of KLS.

Because episodes of KLS can occur over a span of 10 years or more, living with this condition can have a tremendous impact on your life. It can interfere with your ability to work, go to school, and cultivate relationships with friends and family.

If you experience increased hunger and overeat during episodes, you may be more likely to experience weight gain.

Talk to your doctor about how to best identify an approaching episode. Tiredness and sleepiness caused by KLS can occur suddenly. You could injure yourself or others if an episode occurs while operating a motor vehicle or machinery. By learning how to identify an impending episode, it’s possible to remove yourself from a potentially dangerous situation.

Your individual outlook depends on the severity of your symptoms. Symptoms generally decrease with each passing year, leading episodes to become more mild and infrequent.

Although KLS symptoms can appear and disappear over the course of many years, its’s possible for your symptoms to disappear one day and never return. People with KLS are typically considered to be “cured” when they haven’t had an episode for years.

Check out: The best sleep disorder blogs of the year » 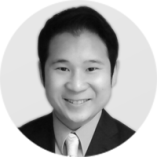